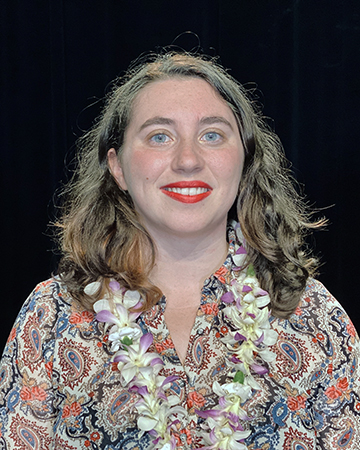 Evangeline Lemieux is studying anthropology and performing arts here at the University of Hawaiʻi at Hilo. She currently works at the performing arts center as a stagehand and at Kanilehua Magazine as a literary editor. Her future aims include traveling the known universe, pursuing standup comedy and other forms of art, and , in her words: “probably getting a masters degree or having a career - or something.” 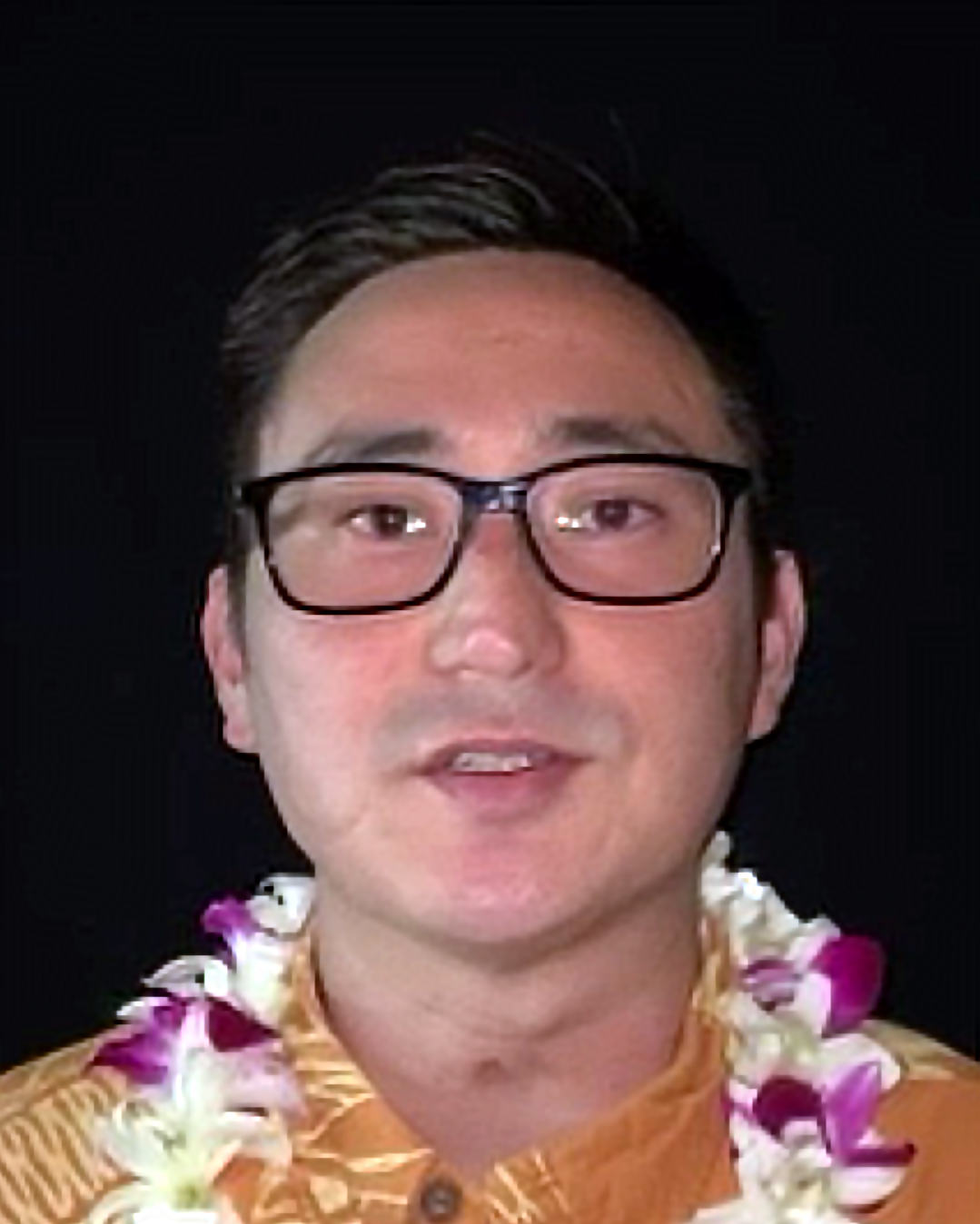 Nicholas Iwamoto has seen the worst and best of humanity up close. In 2009, he was randomly attacked at the Summit of Koko Crater. He survived 18 stab wounds, a 100-foot fall, and betrayal by the justice system. He says: “How do you proceed when you survive the unsurvivable? That’s what I’m trying to figure out.” He has spent the last 12 years rebuilding his life from the bottom. He is immensely grateful to have recently graduated from UH Hilo with a degree in European History. In his opinion, we are nothing but the sum of our choices; and finishing his degree at UH Hilo is one of the best choices he’s ever made. His experiences mean he is in a unique position to help others. By speaking out, he can reach those who feel they don’t have a voice; particularly victims of violence. He agrees with Franz Kafka, who said “Logic may indeed be unshakeable, but it cannot withstand a man who is determined to live.” In his free time, Nicholas enjoys Russian history, knitting, golfing, and being magical.

Watch Nicholas's story: “I’d Like a Large Order of Justice With a Side of Justice ” 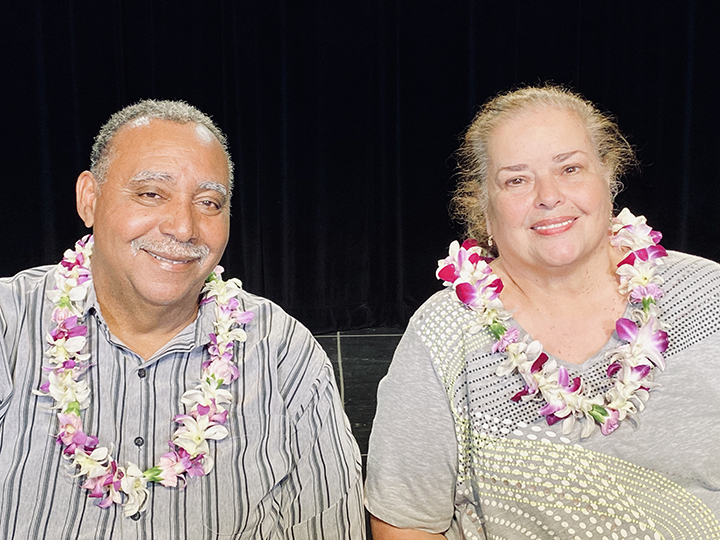 Antoinette and Taylor, who have been happily married for 49 years, are retired and living their best life in Hilo, Hawaiʻi. Antoinette was born and raised on an Oahu Sugar Plantation in Waipahu, Hawaiʻi and Taylor was born and raised in the Cotton Belt town of Wharton, Texas. Taylor is a Vietnam-era U.S. Navy Veteran and he and Antoinette are both college graduates who earned their degrees while working and raising their family. Antoinette worked in retail sales and as an airline reservation specialist for Southwest Airlines and Taylor worked in the petrochemical industry as an operations supervisor and in the electric utility industries as a safety director. Antoinette and Taylor lived and worked in Texas for 30 years before making Hilo their home in 2002. Antoinette and Taylor are blessed to have three handsome sons, three fabulous daughter-in-laws and five grandchildren. Happiness is spending time with family and friends, storytelling, cooking, learning, teaching, traveling, movies, music, gardening and more. Over the years, they have found that those are the things that rejuvenate their minds, bodies and souls.

Watch Taylor and Antoinette's story: “Love Should Have No Bounds ” 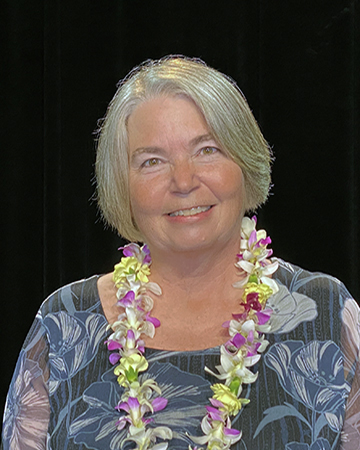 Kathleen is currently a staff member at UH Hilo, engaged in strategic planning for the university. She has worked for many years in higher education with a focus on strategic communications. While at Colorado State University, she and her husband began to pursue the idea of opening a nonprofit cafe. This concept allows ALL people to access healthy meals with dignity and it brings people together to participate in community, filling a need as basic as that of food. Together, they moved their idea from concept to reality, co-founding and operating their cafe in Colorado. Kathleen and her husband have been honored with numerous social justice awards – local, regional, and national – but more importantly, they have been given the opportunity to tell the rich stories of hope and community that they have lived and learned from at FoCo Cafe. 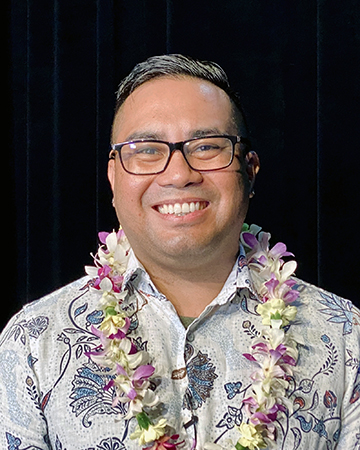 Reynelson Martin Jr. is a senior in the College of Business and Economics, pursuing double majors in management and finance. Originally from San Diego, California, Rey has spent most of his life growing up in Hilo. After graduating in the fall, he wants to work in human resources, or as a data analyst. He also wants to pursue his MBA/Doctorate in Business Administration in the near future working toward his goal of one day returning to UH Hilo to teach at the College of Business and Economics. As one of the Center for Community Engagement’s interns, and as a student, he feels a great sense of pride, responsibility, and gratitude to promote awareness, and trust in the University of Hawaiʻi at Hilo with the island’s communities. He knows that as a place that fosters personal, professional, and academic growth, it is important that UH Hilo gives back to the communities that also take pride in UH Hilo as a member of the Hawaiʻi Island community. 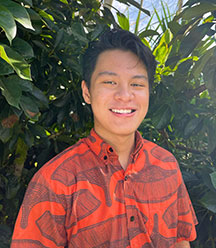 Kuʻuhiapo Jeong is an undergraduate student pursuing his B.A in Psychology and Communication from the University of Hawaiʻi at Hilo with hopes to enter the PR and advertising fields. He is passionate about the performing arts, specifically contemporary theatre and dance. He is a student of Kumu Hula Johnny Lum Ho at Hālau O Ka Ua Kani Lehua and a dancer of Center Stage Dance Alliance Hilo, focusing primarily on the style of hip-hop. Theatre was never a love in his life until being cast in the 2016 - 2017 touring Hawaiian opera cast of “Hāʻupu,” which was performed and received special recognition at the AHSTF Edinburgh Festival Fringe as well as NPR’s nationally syndicated radio show “From The Top”. Selected theatre credits include “Biloxi Blues” as Eugene M. Jerome; the title role of “Aladdin”; “Tale of a Tail: Moʻo Huelo” as Kama. Offstage, he served as a dance choreographer for the “Hawaiian Nutcracker” and “Moku Aʻe Ka Pawa”. His more notable personal achievements include earning the runner up Master Keiki Hula 2012 placement at the Queen Lili’uokalani Keiki Hula Competition and winning the title of Master Keiki Hula 2013 at the E Mālama Mau I Ka Hula Competition. He is an aspiring polyglot who enjoys learning languages and takes interest in the geological branch of volcanology. IG: @kuuhiapojeong 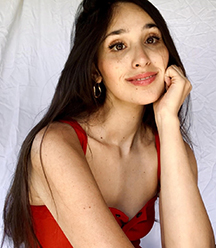 Dayva Escobar is a senior at UH Hilo, double majoring in Communications and Gender & Women’s Studies, and minoring in Performing Arts. She was born and raised in Hilo where she grew up surfing everyday at Honoliʻi, and avidly participating in local visual and performing arts. She is currently a writer for Ke Kalahea. She believes that we all hold a unique story just waiting to be shared and is passionate for finding ways to give back to her community. Besides social advocacy, she loves to act and perform. You may have seen her as Gypsy Rose Lee in the 2019 Hilo Palace Theatre Production of GYPSY or have heard her in an occasional commercial on thewave@92fm. She is currently a board member for the Hilo Community Players, aiming to help keep local theatre alive during the pandemic. Upon graduation, she hopes to pursue acting as well as a masters in Journalism or Law, and potentially go on to work as a broadcast journalist — but more importantly, she aims to do something to make the world better. IG: @dayvasummer 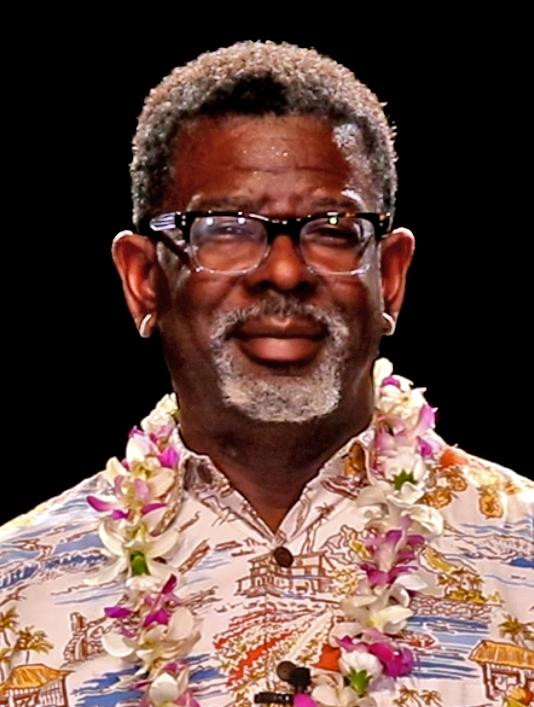 Carlton is the Special Projects Coordinator for the Hawaiʻi County Office of the Prosecuting Attorney’s Restorative Justice Program. There he has the opportunity to help victims of various crimes seek alternative forms of justice outside of the traditional courtroom. Carlton graduated with his BA in Psychology from West Chester University of Pennsylvania, and received his MSW from UH Mānoa’s Myron B. Thompson School of Social Work. After completing his practicum with the prosecuting attorney during his last year at UH he was hired to a full time position. Originally from Philadelphia, PA, he moved to Hawaiʻi in 2016 with this wife and two children from Rhode Island where he worked as a nursing assistant at the local Veterans Medical Center. When not working he enjoys reading, hanging out with friends and family, watching movies and finding a shady tree to take in the Hawaiian breeze and rest his eyes.