University of Iowa football coach, Kirk Ferentz and me shortly after the Iowa Hawkeyes beat Wisconsin 31-7 to win their second Big-10 football championship under Coach Ferentz.

This is a photo of me with Ronnie Bankston - Ph.D., Iowa, 1988 - shortly after our intramural softball team, 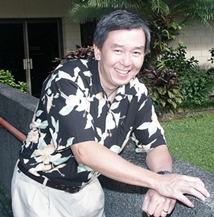