About the Blue Zones Project

As an institution of higher learning, the University of Hawaiʻi at Hilo is well-versed in cultivating the development of healthy minds. But UH Hilo may also become known for promoting overall physical well-being in the not-too-distant future -- a development that will no doubt help individuals make good on their New Year’s resolutions to live a healthier life.

The University has joined an effort to transform Hilo into a BlueZones community. It’s an undertaking that requires worksites, schools, restaurants, grocery stores and even government to make healthy choices easier through permanent changes to the environment, policy, and social networks. If UH Hilo’s efforts are successful, it will join Windward Community College as the only Blue Zones approved institutions in the 10-campus UH System.

The Blue Zones Project provides a framework for individuals to achieve the goal of living a healthier life by making changes to their home and workplace environment. The concept is modeled on the best practices of places where people not only live longer by reaching the age of 100 at an astonishing rate, but also enjoy a higher quality of life. “We’ve looked at a number of places around the world like Sardinia, Italy, Okinawa, Japan, and Loma Linda, California and came up with some pretty amazing findings,” said Jana Ortiz-Misiaszek, organization lead, Blue Zones Project – Hawaiʻi. “Residents of Okinawa, for example, enjoy the longest disability-free life expectancy, have 1/5 the rate of breast and/or colon cancer, and 1/6 the rate of cardiovascular disease.”

The reasons vary due to factors like geography that promote outdoor activities, lifestyle and diet. One common feature among all the sites studied was participation in a plant-based diet. Blue Zones has created a set of benchmarks to determine what a healthy work place looks like. Ortiz-Misiaszek says the time and effort required to reshape the workplace environment is well-worth the benefits provided. “Employees with higher well-being cost less and perform better,” Ortiz-Misiaszek said. “You can see it in lower healthcare costs through health-risk reduction, increased productivity and reduced absenteeism, which creates a competitive advantage.”

Project-approved status is earned by getting at least 25 percent of the employees to sign the Blue Zones Personal Pledge, and committing to implement various actions from six foundational pillars of worksite well-being which carry various point values. At least one pledge action must comefrom each of the categories, which includes Leadership, Purpose, Habitat/Physical Environment, Engagement/Creation of Social Networks, Policies & Benefits and Well-Being Solutions. Actions can range from allowing flexible workschedules for all employees to offering employer-sanctioned fitness activities to hosting plant-based cooking classes.

A campus committee formed is reviewing the Blue Zones Project Worksite Pledge to identify what best practices the University already has and which new ones to pursue. Rapoza believes the committee has a lot to work with. “We have many segments of this campus doing important things that would qualify toward Blue Zones Project Worksite Pledge approval, such as walking groups, healthy eating demonstrations and the State-sponsored Employee Assistance Program,” Rapoza said.

“I’d like to specifically point out the Get Out and Move It! campaign that was started,on their own initiative, by a core group of employees overthe summer. And let’s not forget ‘Local First’ dining, which Sodexo has been offering for some time now.” 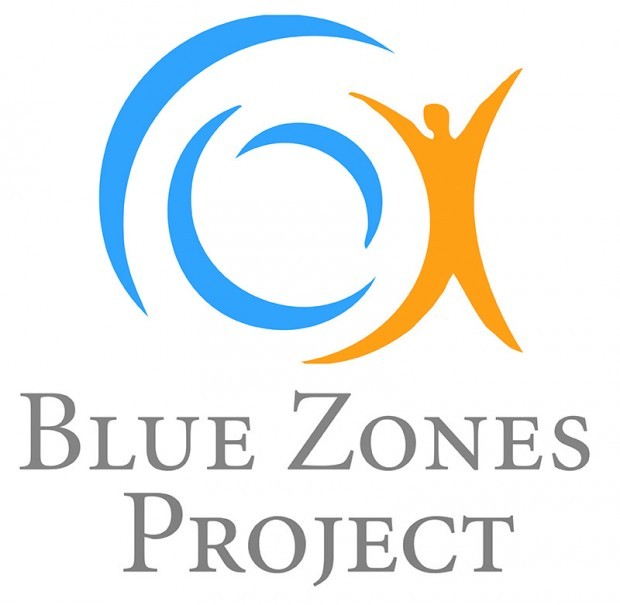 Among the units that have been or are working directly with Blue Zones is the Edwin H. Mookini Library, which is seeking its own Blue Zones worksite approval. Staffers have organized five different moais or small social groups who meet regularly to take part in Zumba, Walking, Cooking Healthy, Eating Healthy and a Happy Hour. The activities enjoy a 67 percent participation rate from staff.

“This program works wonders with staff morale,” said Michelle Sylvester, Library office assistant, who added that her colleagues look forward to coming to work and enjoy participating in the different moais.

An informal tally by Rapoza’s committee shows UH Hilo is already halfway to Blue Zones approval. They have also identified several otheractions that would put them over the top. But identifying those actions is one thing; implementing them is another. Rapoza admits there will be challenges.

“The biggest challenge will be time. We will have to work together to find flexibility in work schedules to allow employees opportunities to pursue activities away from their desks and offices,” Rapoza said. “Another challenge will be invigorating the campus to get involved. Work schedules have a part in this, but we also have to look at constantly introducing new ideas and opportunities to sustain interest and participation. Neither of these challenges is insurmountable, and we can achieve our goals through a collective effort.” Rapoza expects approval to be met by March, 2018. A Blue Zones Project Team member will be called in once the practices are implemented to validate the achievement. The committee will also need to collect metrics before and after adopting the best practices to measure the impact they have had on healthcare costs/claims, biometric screening results, absenteeism, productivity, turnover and other key performance indicators or health-related information. 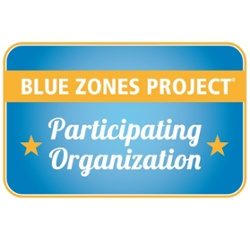