In February 2008, the Big Island experienced heavy rains and flooding when an upper level trough interacted with trade winds. This was the largest flooding since November 1–2, 2000. Hawaiʻi County officials estimated that 100 to 150 homes were damaged, especially in Waiākea Uka, caused by stream and drainage ditch overflow. 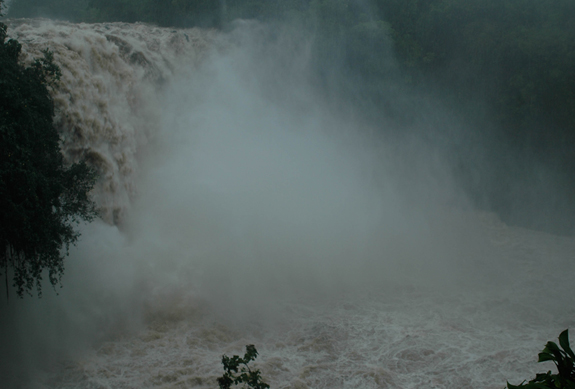 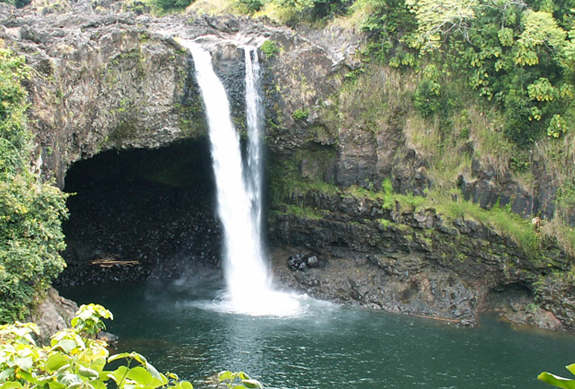 In summer 2005, Rainbow Falls is seen under typical conditions.

The November 2000 flooding was greater, simply because a huge amount of rain fell during a very short time period; between 20–40 inches of rain fell within 36 hours in some areas, and in Kaʻū, during one six-hour period, 22 inches of rain was recorded. In contrast, the February 2008 event also produced 20–40 inches of rain, but it was spread out over five days. Rain gage totals for the first five days of February are: 40.81 inches at the Waiākea Experiment Station, 37.30 inches at Waiākea Uka, and 29.72 inches at Hilo Airport. 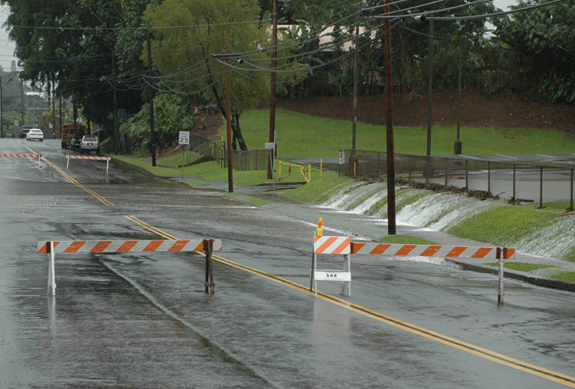 In 2008, water pours across Wainaku Road in Hilo. 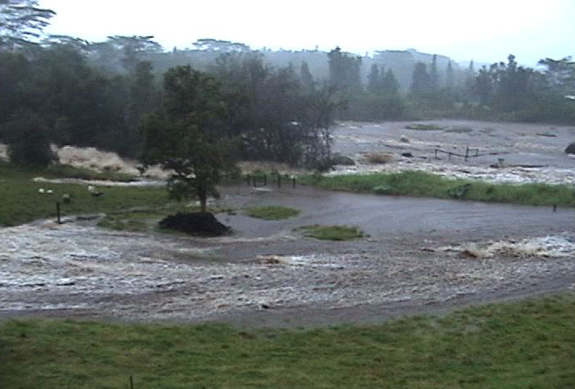 Floodwaters rush through Waiākea Uka in 2008.