The 2019 International Course: Best group ever!

Participants in 2019 are from Guatemala, El Salvador, Ecuador, Chile, Peru, Argentina, and the Philippines. 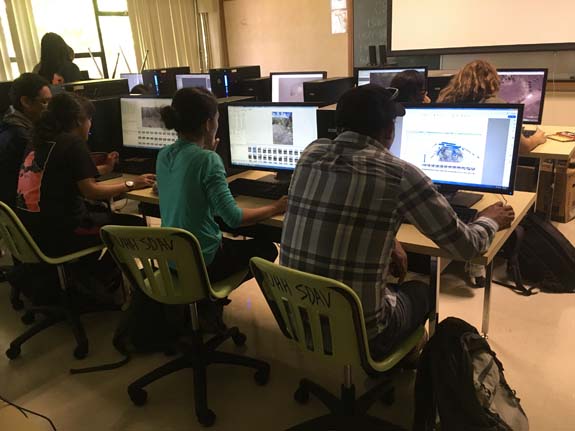 The International scientists learn about Lahars in the Spatial Data Analysis and Visualization Lab. 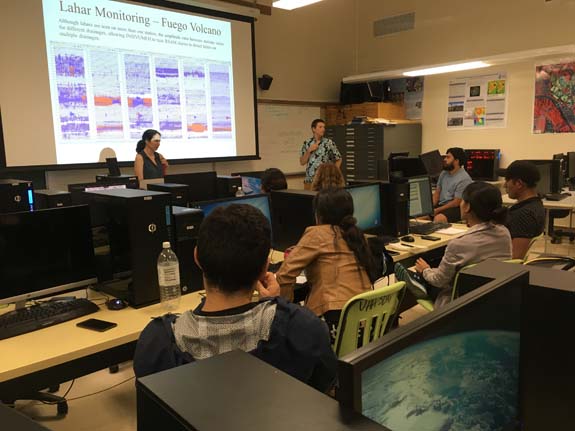 Stephanie Prejean and Jay Wellik teach the group about seismology, in the SDAV Lab.

The group examines a cross-section of an old aa flow, which is now easy to reach, since tephra from the 2018 eruption has created a beach at Pohoiki where the ocean used to be. 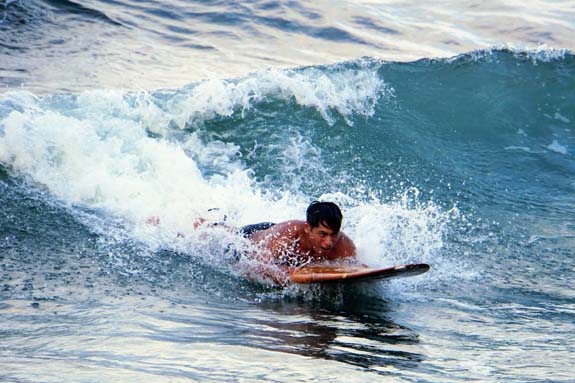 The International scientists take a break from class work to learn surfing. 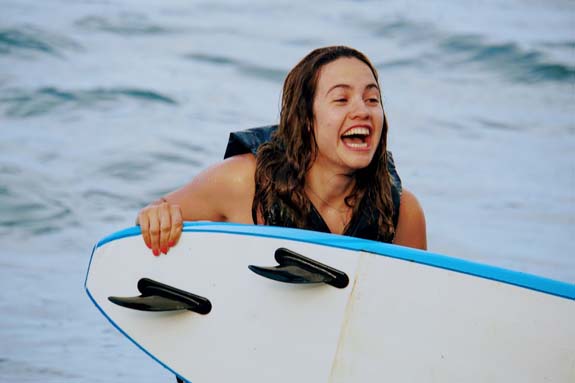 Honolii Beach is a great place to enjoy the surf, after a long day in the lab. 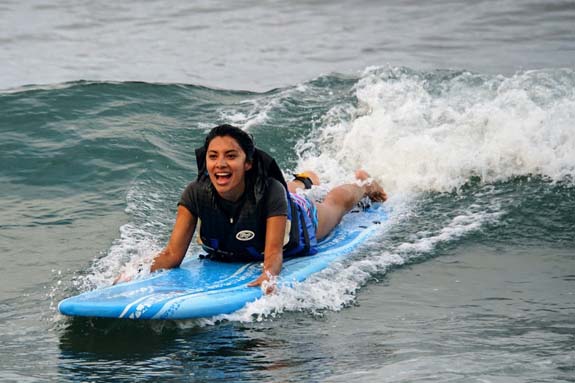 The International scientists caught some nice surfing waves after class. 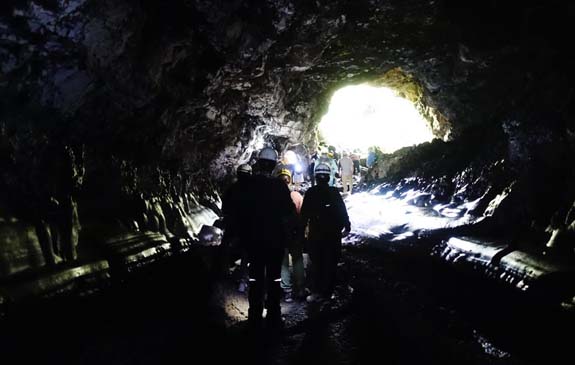 The International scientists walked through Kaumana Cave to see features from the 1880 eruption. 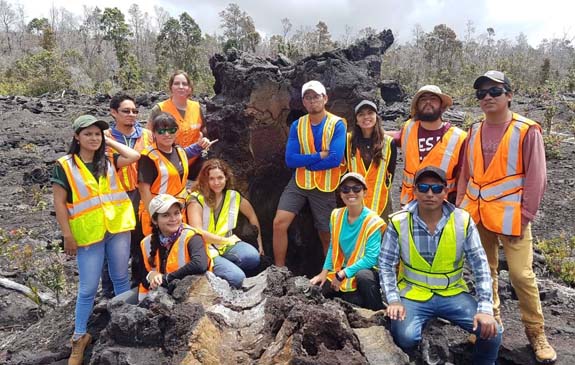 After learning how drones are used to photograph landforms, the group rests near a tree mold, with Angie Diefenbach. 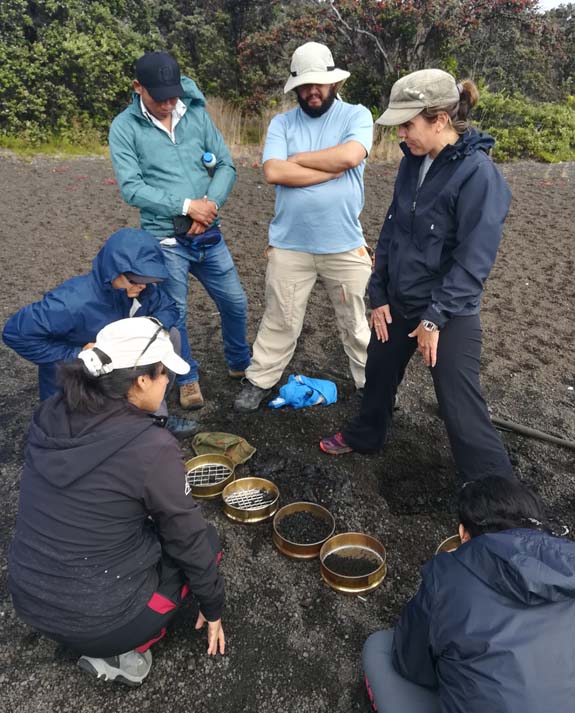 Nicole Lautze demonstrates how tephra from the 1959 Kilauea Iki eruption has a range of sizes. 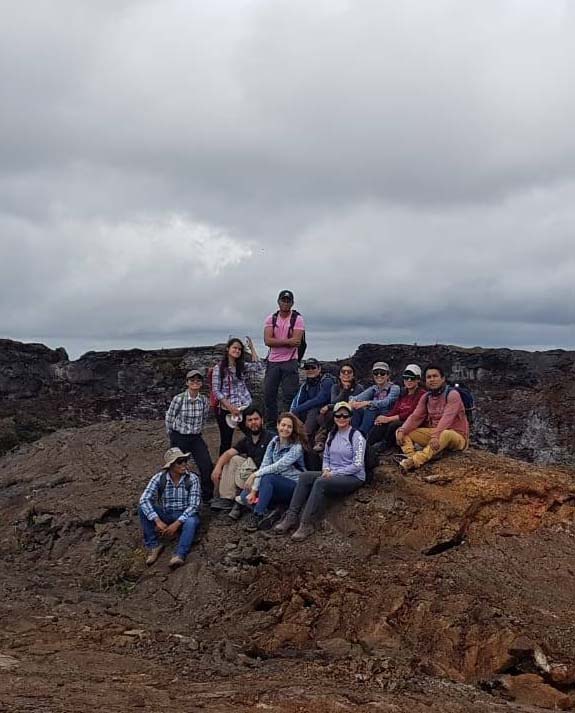 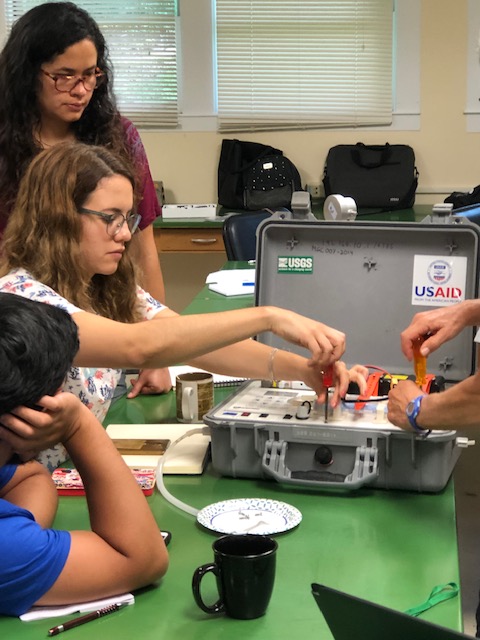 Victoria Craig learns how to set up equipment for gas monitoring. 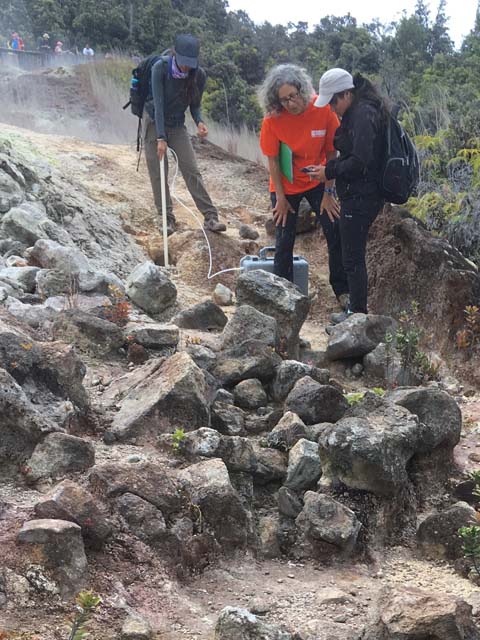 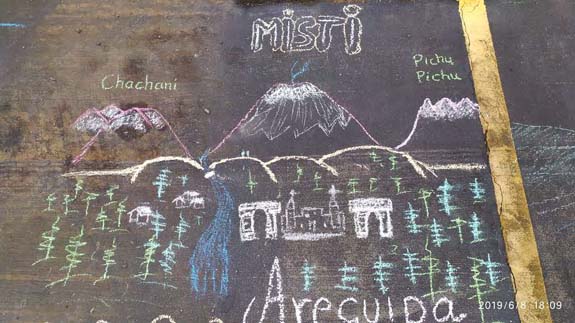 The Peru scientists made a beautiful chalk drawing of their volcanoes. 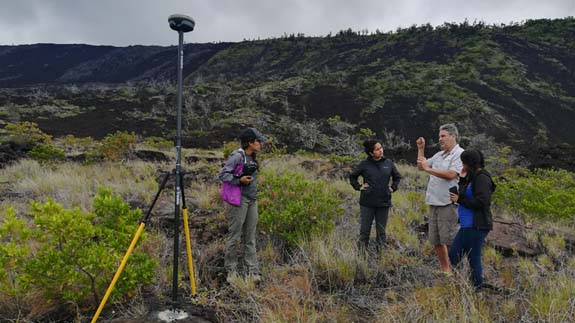 Mike Lisowski coaches the students on setting up Kinematic GPS. 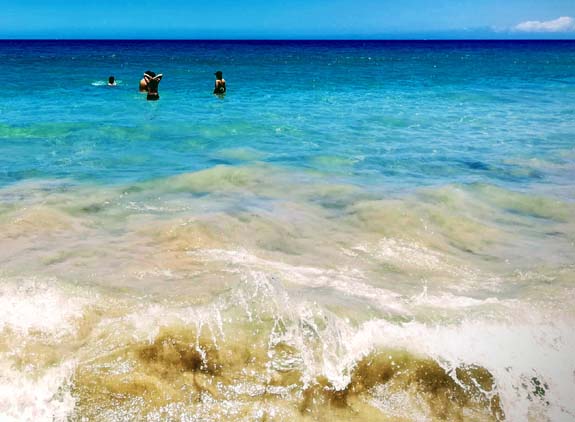 One of the favorite spots to visit on days off was spectacular Hapuna Beach. 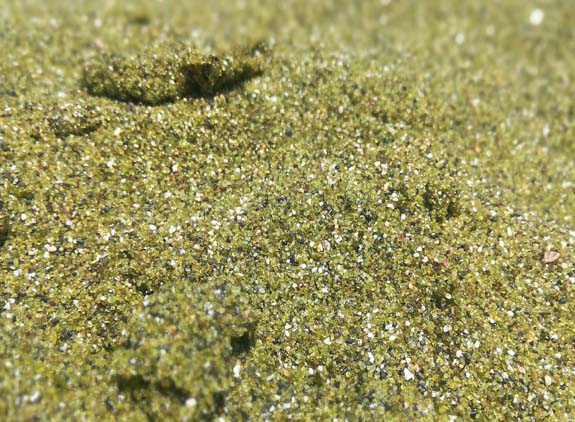 At Green Sand Beach, the scientists saw olivine-rich sand, which had been sorted by wave action. 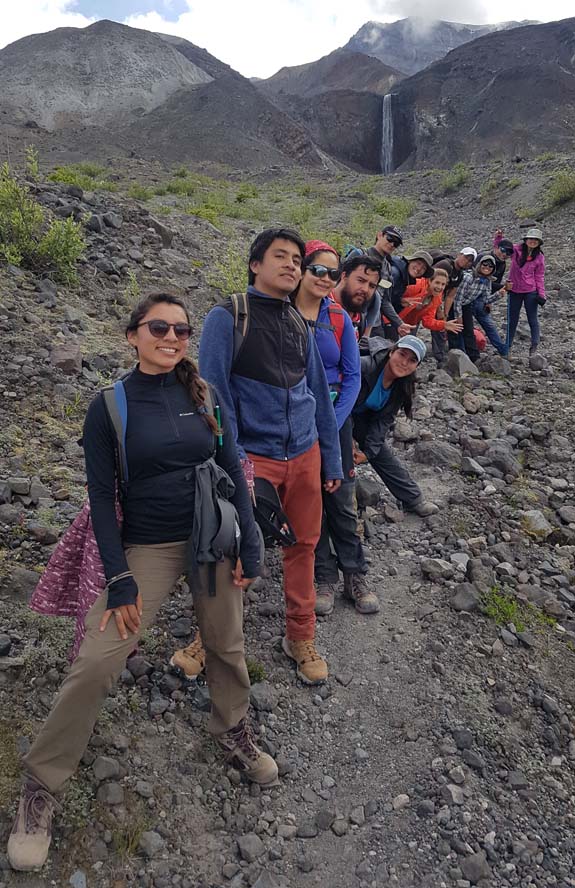 At Mount St. Helens, everyone enjoyed hiking to look at volcanic features. 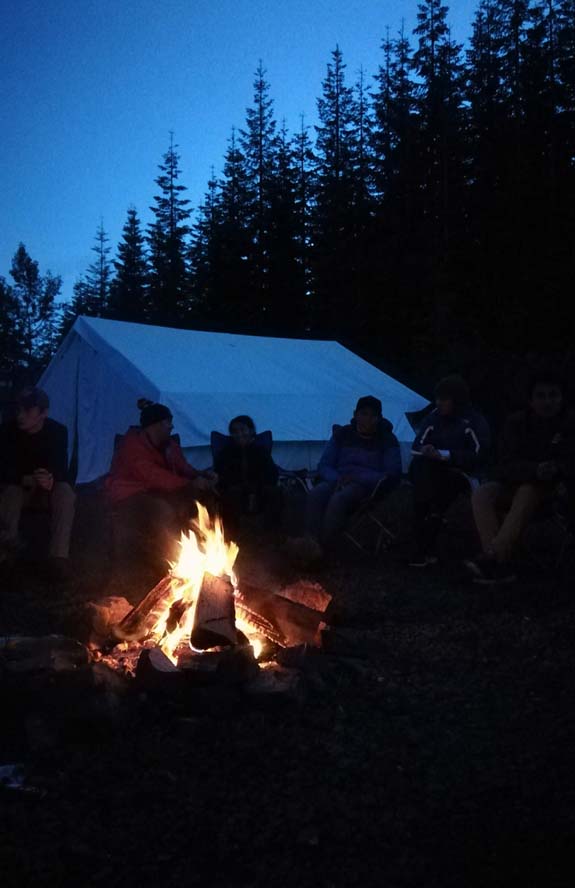 After a long day in the field, the scientists relax outside the tents, around a campfire.

Mirian Villalobos rests in front of the rock-covered glacier which has encircled the dome of Mount St. Helens. 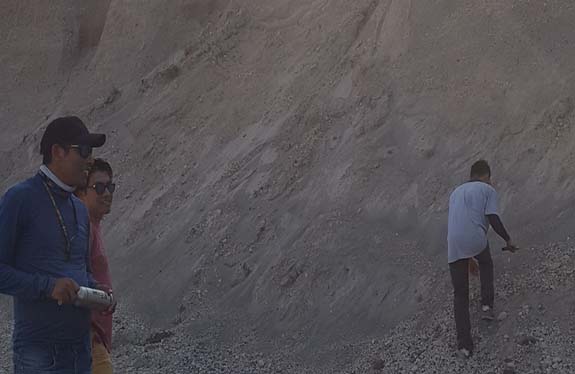 Tephra deposits on the Pumice Plain below Mount St. Helens tower over the scientists. 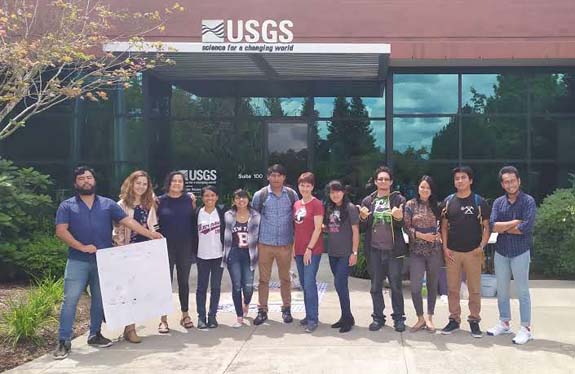 Back at CVO, the group learns about communication and public outreach from Liz Westby.