The 2015 International Course was a tremendous success! This was one of our best years ever, with a wonderful group. Jati from Indonesia joined us for the Mount St. Helens section. 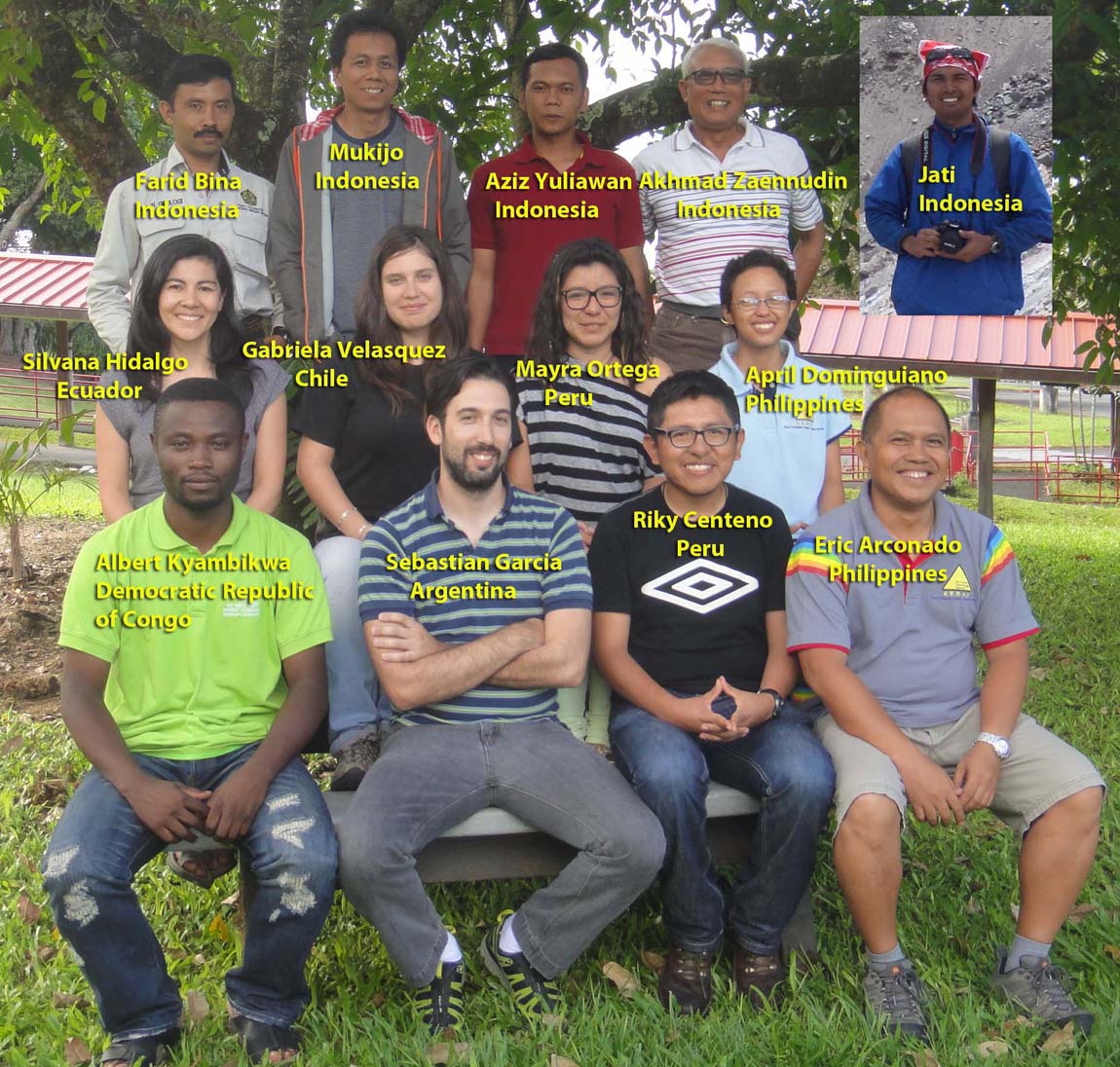 Participants in 2015 are from Indonesia, Philippines, Peru, Colombia, Ecuador, Chile, Argentina, and the Democratic Republic of Congo. 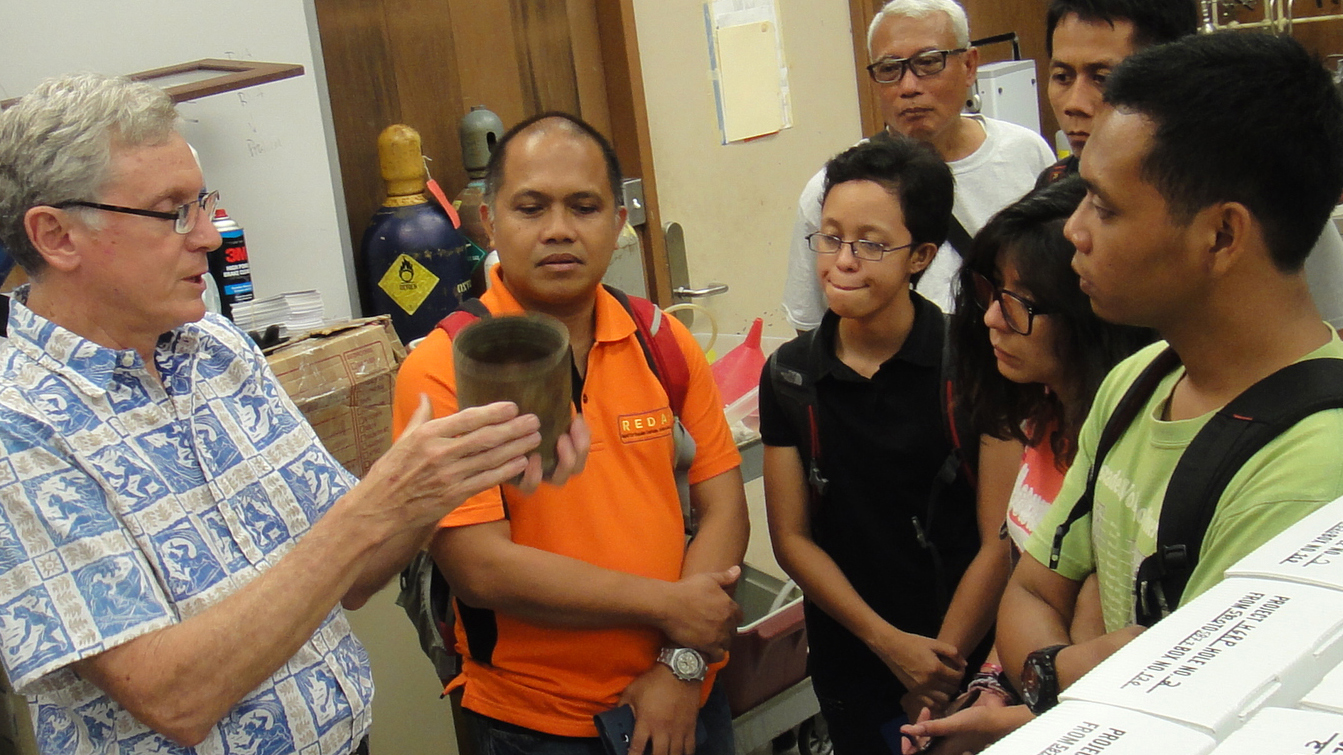 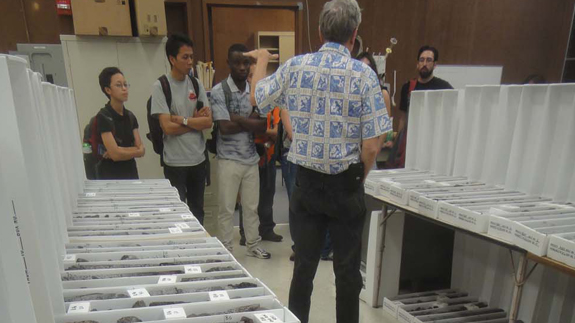 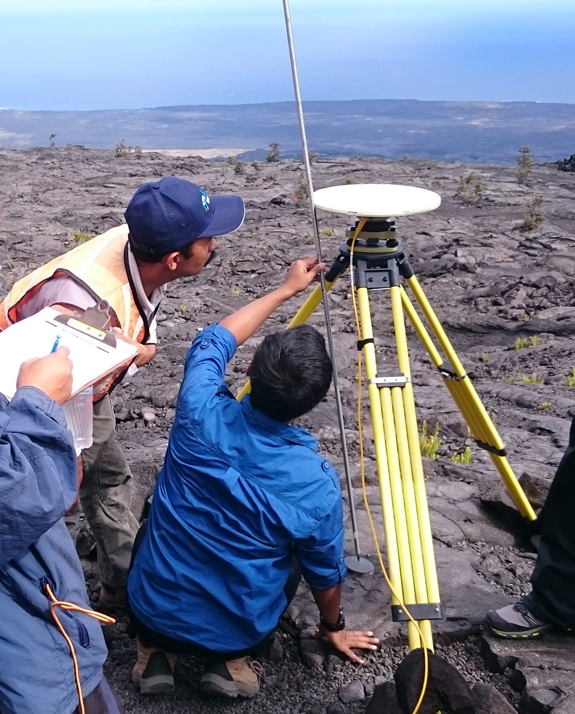 The scientists carefully measure the height of the GPS above a benchmark. 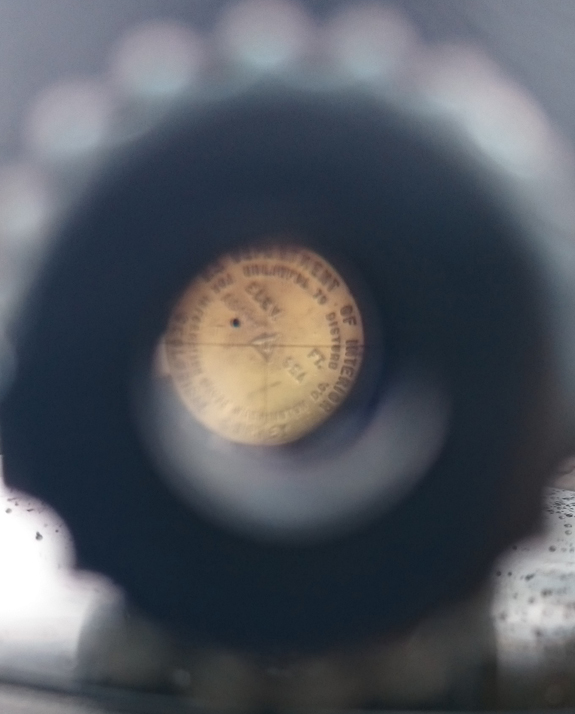 The GPS must be precisely centered over the benchmark for accurate data collection. 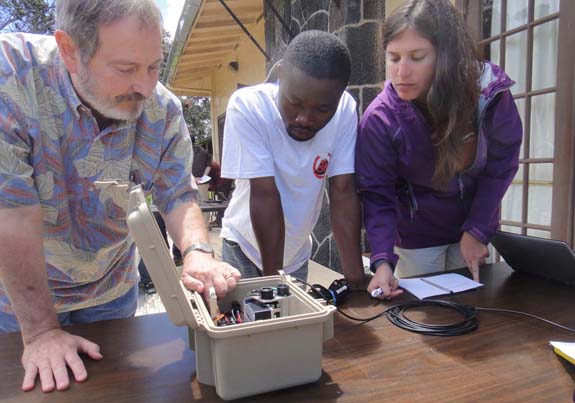 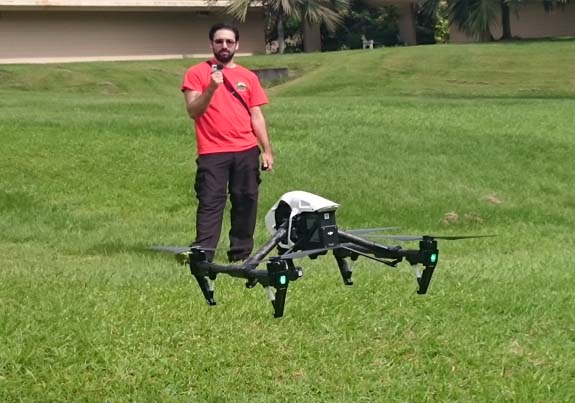 Sebastian Garcia of Argentina learns to fly a drone on the lawn of UH Hilo. 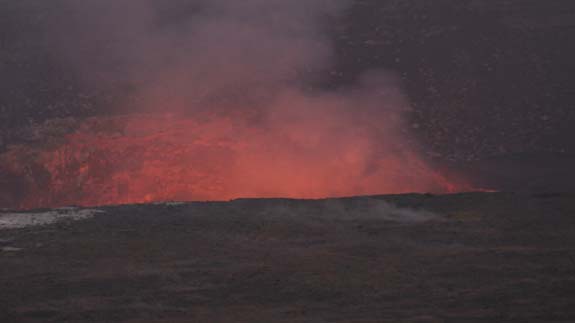 The group enjoyed seeing the red glow of Halemaumau lava lake at night, reflected in the plume. 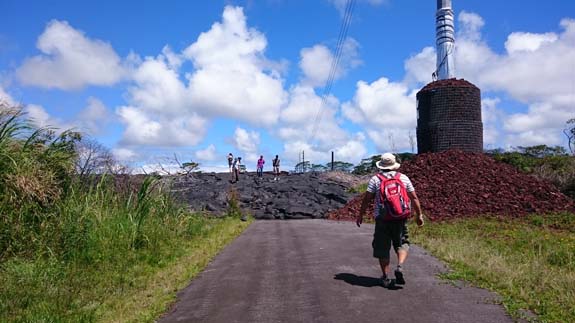 In Pahoa, the scientists viewed a utility pole that survived a lava flow because it had been armored with cinder. 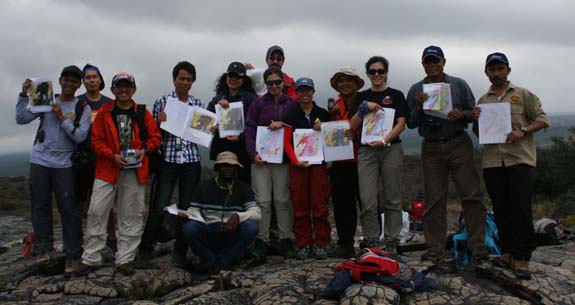 CSAV International participants hold up the maps of Mauna Iki area in the field. 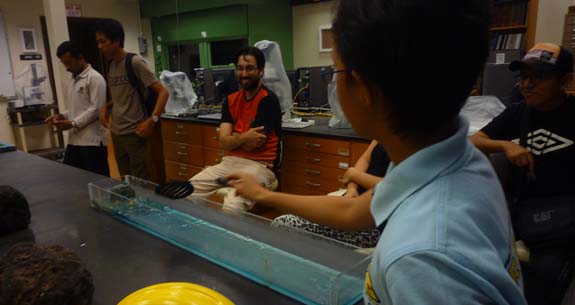 April Dominguiano from the Philippines creates a mini tsunami in a wave tank. 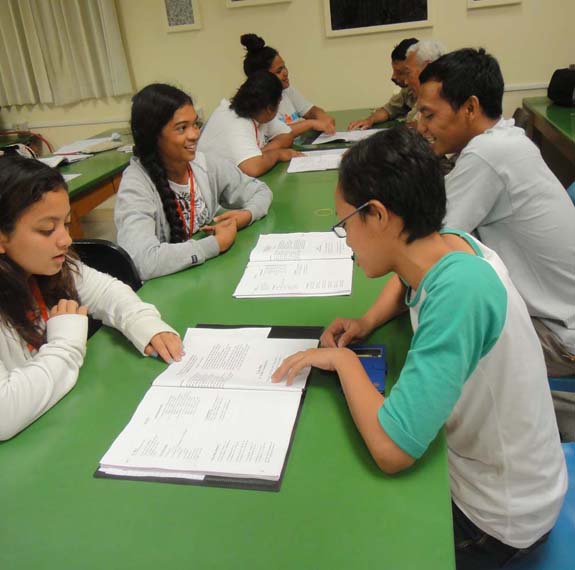 The group meets with Na Pua Noeau students to learn about Hawaiian culture. 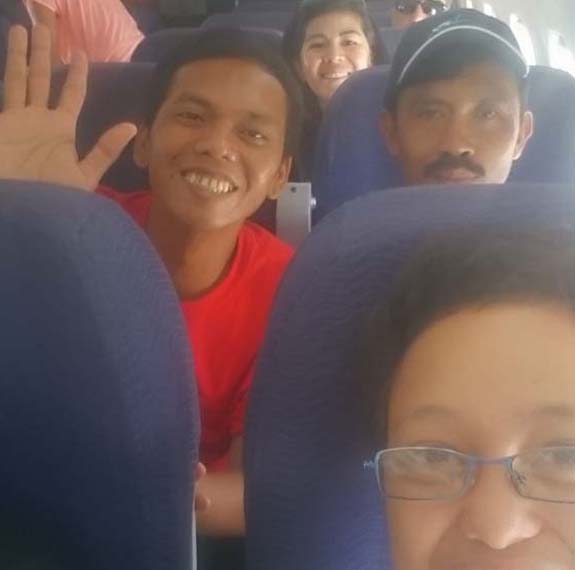 The scientists board a plane and are headed to Portland for the CVO section.

Participants visit Mt. Hood to learn about lahars, and of course, to have a snowball fight. 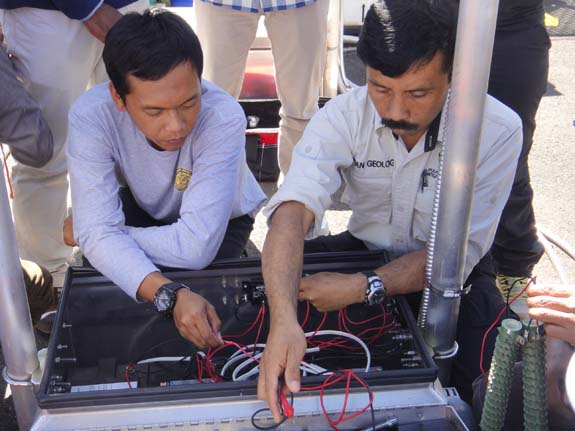 Aziz Yuliawan and Farid Bina of Indonesia hook up a telemetry station. 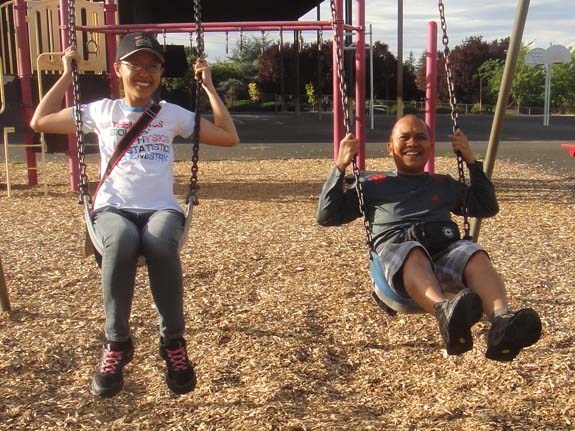 April Dominguiano and Eric Arconado of Philippines enjoy a break after class work. 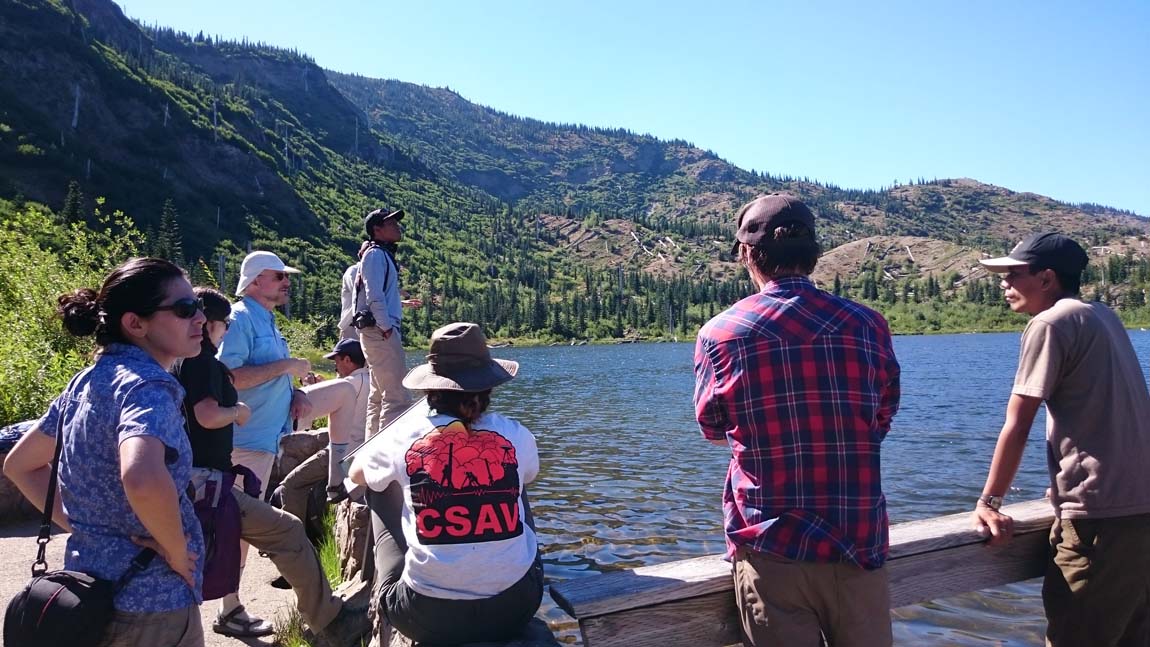 At Mount St. Helens, the group takes in a landscape of downed trees that were blown over in the 1980 eruption blast.

Aziz Yuliawan and Farid Bina of Indonesia hook up a telemetry station.

April Dominguiano and Eric Arconado of Philippines enjoy a break after class work.

At Mount St. Helens camp, Farid entertains the group with a hula hoop as the sun sets.

It's a long hike to the crater of Mount St. Helens, but the view of Spirit Lake in the distance is fantastic. 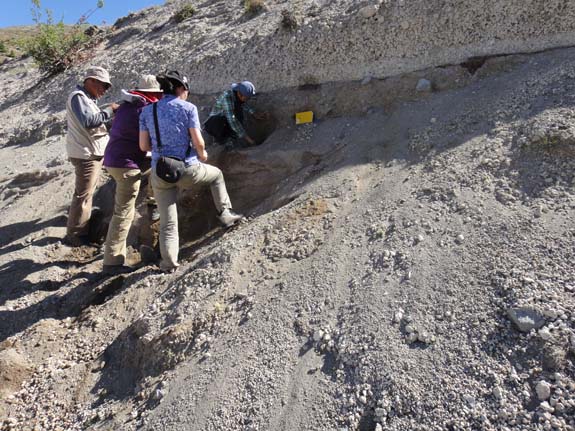 Silvana Hidalgo of Ecuador works with colleagues to analyze the pumice. 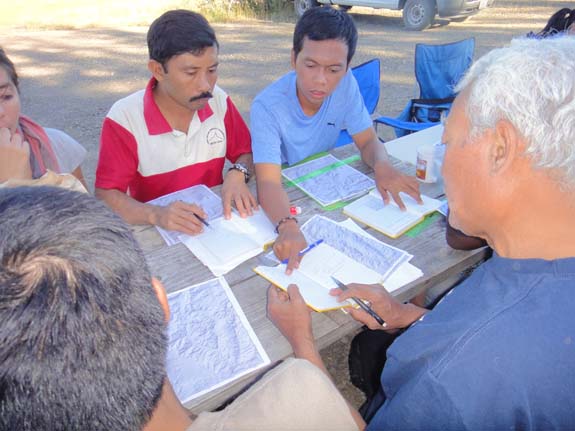 At Mount St. Helens camp, everyone plots their data to create a map of an earlier eruption of the volcano.