When at UH Hilo, Meghan “Wonder Woman” Langbehn played soccer, ran cross country, and studied in the UH nursing program, all in the same semester. Now she’s a nurse in Seattle working for one of the top hospitals in the region. 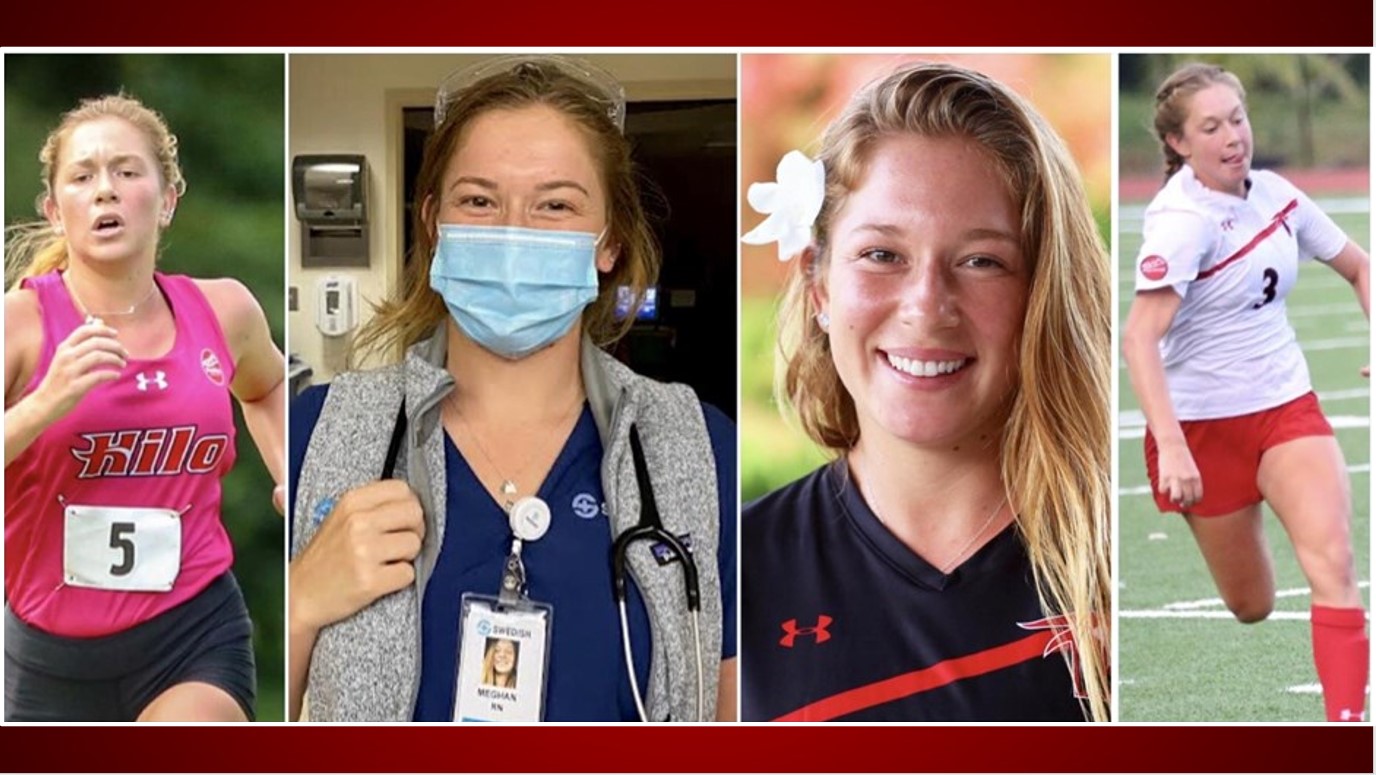 When Meghan Langbehn was a student-athlete at the University of Hawai‘i at Hilo, her nickname was Wonder Woman.

She earned that title for participating in soccer, running cross country, and studying in the UH nursing program, all in the same semester.

“Everyone thought I was crazy,” says Langbehn. “No one had attempted that before, and for good reason.”

During a typical week as a junior in the fall of 2017, Langbehn would run with her cross country team in the morning, go to classes, practice with her soccer team in the morning or afternoon and then hit the books again until very late at night. On Saturdays, the routine was even busier. She would have a race in the morning, and if geography allowed, would take to the soccer field with her teammates in the afternoon.

Langbehn started in a total of 37 career matches on the soccer field before an injury ended her season as a junior. In 2017 and 2018, she was one of the top runners on the cross country team, often the second or third Vulcan to cross the finish line.

After graduating from UH Hilo, Langbehn worked at the Hilo Medical Center, then relocated to Seattle to work for one of the top hospitals in the region.

“I am working in a career in which human life is in my hands and the practice is always evolving,” she says. “I am going to be learning for the rest of my life but that’s ultimately who I am and [what] motivates me.”

For the former “Wonder Woman,” life today is different than it was just a few short years ago.

“I miss being involved in the Hilo community and being able to participate in all my passions at once,” Langbehn says. “I miss the competitive lifestyle of pushing myself each day and inspiring others. I miss the challenge of the astounding time management it all required. I don’t always feel like I was giving any of the three all that I could, but the balancing act was a very valuable education. I wouldn’t trade that time for anything.”