Tribute and apology to Haunani-Kay Trask

On July 3, 2021, the world lost one of its most brilliant lights in Dr. Haunani-Kay Trask. Dr. Trask was an outspoken critic of American imperialism and an eloquent voice for justice, whose words deserve careful attention. Last month, the the UH Mānoa Philosophy Department issued a belated public apology for a shortsighted attack the department made on Dr. Trask in 1990. The UH Hilo Philosophy Department would like to echo and expand upon their words.

Dr. Trask’s legacy in Philosophy did not begin in the 1990s when the UH Mānoa Philosophy Department pushed publicly to remove her from her position as Professor in the Hawaiian Studies Department. Her legacy in philosophy in fact preceeded this racist act. Dr. Trask’s work in Hawaiian cosmology, poetry, political thought and epistemology defined the contours of what a Hawaiian philosophical method of inquiry is to look like here in this place, on the stolen lands of Hawai’i. However, the discipline of philosophy at that time failed to develop the nuanced sensitivies, the intellectual humilty, the sympathetic understanding necessary to appreciate the profound wisdom of the generational philosophical insights of the kanaka ʻōiwi community. That failing was not unique in time or place. In fact, the discipline of philosophy’s tacit acceptance of and even support of enslaving and colonialist institutions goes back centuries.

Though UH Hilo’s Philosophy Department is on another island at another campus in the UH System, the transgressions of the Mānoaʻs philosophy department has reached across the islands, specifically, Hawaiʻi Island. Why would any Black, Indigenous, People of Color or Kānaka ʻOiwi students want to major in Philosophy? As members of the UH Hilo Philosophy Department, we join with UH Mānoa in expressing an apology that should have been made decades ago and are saddened that it occurred after the passing of Dr. Trask.

Any meaningful apology ought to be attached to some restitutive gesture or action in order to take that step forward in changing discipline-specific and institutional practices that have delimited or erased Hawaiian thought and philosophy from the ambit of philosophical inquiry. Though not an exhaustive list, it is essential that philosophy in Hawaiʻi incorporate Hawaiian philosophical perspsectives in the curriculum, create an intellectual space of engagement where Kanaka ʻŌiwi students and faculty can think and speak philosophically in their own ontological terms, and generate a culture of philsophcial inquiry across the islands that challenges the deep-seated legacies of western philosophical exceptionalism that had earlier fostered the racist actions taken against Dr. Trask.

Though the apology may not have been heard directly by Dr. Trask, we hope that the lessons learned from this egregious moral failure of philosophy may begin the critical self-reflective work of continuing to challenge our own settler biases in the discipline of philosophy in Hawaiʻi.

The Philosophy Department would like to extend a hearty lana ʻiʻo ka manaʻo to three recent graduates who will be starting graduate school this fall.

Edwina Degrood, class of 2019, will enter medical school at Lake Erie College of Osteopathic Medicine, with plans to become a pediatrician.

Anna Myers, class of 2021, will enter the PhD program in philosophy at the University of North Texas with plans to study environmental philosophy.

Geneba Revuelta, class of 2021, will enter the MA program in Women and Gender Studies at San Francisco State University, where she will explore her interests in intersectional feminism.

Congratulations to Joy Boswell, the winner of the first annual undergraduate Philosophy Essay Prize for her essay "Heidegger and Nietzsche." The prize carries a $500 award. 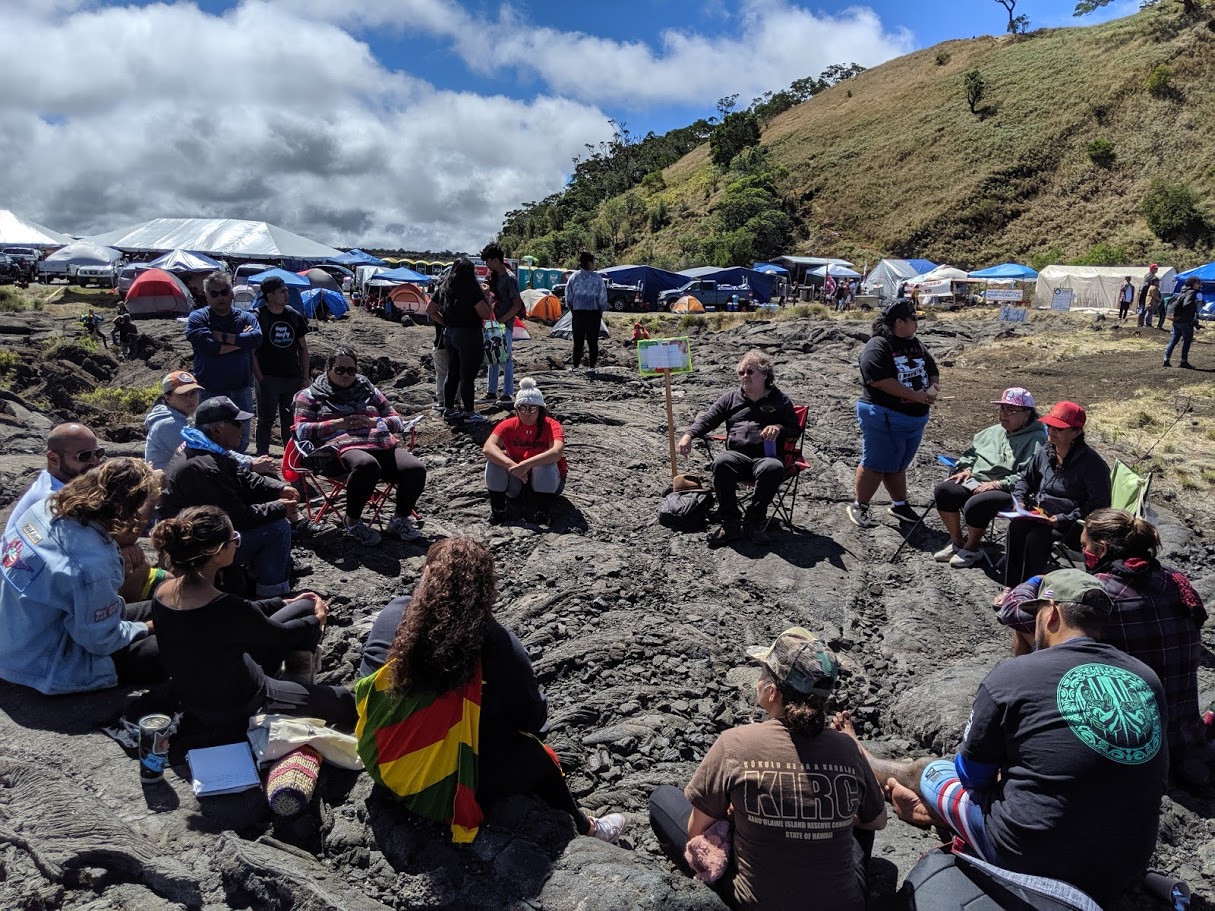 On July 26, 2019, professors Celia Bardwell-Jones, Tim Freeman, and Chris Lauer participated in a discussion of Henry David Thoreau's writings on civil disobedience as they applied to the ongoing protests on Maunakea. The discussion was organized by the Puʻuhonua o Puʻuhuluhulu University, established by the kiaʻi of Maunakea.