Dr. Jardine is a Native Hawaiian and retired colonel of the United States Army with 33 years of service. After retiring from the military, he founded Native Hawaiian Veterans, LLC.

The NHV LLC's leadership team has also formed the Kinaʻole Foundation that gives back to the community through programs such as the Kinaʻole Governor's Award, their Tuition Loan Program, Leadership Seminars, and Veterans Entrepreneur Training Support (VETS) Program Workshops.

Co-Director of The Founder Institutue

In 1995, he co-founded XM Asia, establishing Asia’s first interactive agency that was acquired by advertising network WPP Group. In 1999, he founded Organic Inc’s Asia operation and was on the executive team that lead a successful Nasdaq IPO in 2000, and has sine started a total of seven companies. Russel has held executive management positions at Microsoft, Beacon Communications/Leo Burnett Japan, CS First Boston Japan and has worked with C-level customers at Philip Morris, P&G, Coke, GM, ESPN, Disney, Nokia, SingTel Mobile, Heineken, Visa, HSBC and many other Fortune 500 companies. A native of Honolulu, Russel spent 16 years in Asia building companies in Japan, Singapore and San Francisco.

In 2005, Russel was awarded a US patent for identity and age verification on a mobile device and was awarded a Cannes Gold Lion, the advertising industry’s top creative award, for his P&G mobile application.

Managing Partner of Pint and Jigger

Hideo Simon is the co-owner of PINT + JIGGER and SQUARE BARRELS, which he co-founded in 2012 and 2014 respectively. His roles in the food service industry started from entry level through general management and ownership, beginning at the youthful age of just 14 years old. With diversity in experience stretching from sushi to ice cream sundaes, his true passion resides in the simple and classic pairing of burgers and beers.

Simon earned his Master in Business Administration from San Francisco State University (2005) and his Bachelor in Business Administration from the University of Hawaiʻi at Manoa (1996). Both degrees with emphasis in Marketing, he spends immense effort in branding, business communications, and promotions. However, his assortment of work experience in industries ranging from real estate to tech, has him overseeing every detail from every corner of his businesses.

Although originally from the San Francisco Bay Area, he has lived in Taiwan, Japan, and Korea. But, being a “hapa” boy and carrying the name of Hideo, he feels right at home in Honolulu. Of course, being in Hawaiʻi, spending a day at the beach with his kids is his favorite way to rest and relax.

Administrator of the State of Hawaiʻi Procurement Office for Executive Branch 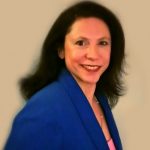 Ms. Allen’s expertise is in contracting, acquisition and financial management. From 2007 to 2013, she was a Senior Manager for ASI Government Inc., during which she acted as Executive Advisor to the National Geospatial Intelligence Agency. Prior to that, she was a Senior Acquisition Analyst from 2006 to 2007 for CACI at the Pentagon, and served in the U.S. Air Force as a Commissioned Contracting Officer from 2004 to 2006 and a Non-Commissioned Officer at Hickam Air Force Base from 2000 to 2004.

Ms. Allen’s experience abroad (1990-2000), includes her time as President of a Financial and Auditing firm and prior to this, Chief Financial Officer of an Internet company.

Ms. Allen was a national Board Member for the National Contract Management Association (NCMA) from 2007 to 2009, and was awarded the Distinguished Graduate Award in the first year of the NCMA Leadership Program. She is also a member of the International Association for Contract and Commercial Management (IACCM) and the American Institute of Certified Public Accountants (AICPA).

Ms. Allen earned a Global Executive Master of Business Administration from George Mason University, a Master of Acquisition Management from the American Graduate University, and a Bachelor of Commerce in Accounting and Auditing from the University of South Africa.

Dylan Butterbaugh is the Founder and Chocolate Maker of Mānoa Chocolate Hawaii, a bean-to-bar craft chocolate factory located in Kailua, Oahu. In Hawaiian language, mānoa is a descriptor meaning, "thick, solid, vast; depth" and refers to the depth of flavor and complexity found in dark chocolate. Mānoa Chocolate Hawaiʻi specializes in crafting single-origin and dark milk inclusion bars by sourcing premium cacao beans from the Hawaiian islands and around the world.

Butterbaugh was exposed to chocolate production at the University of Hawaiʻi College of Tropical Agriculture where his friend was researching the crop, theobroma cacao. Through the processes of micro-ferments, roasting and tempering, he became fascinated with the art and craft of transforming cacao beans into dark chocolate and launched the company in 2010 with a focus on ethical sourcing and high quality local manufacturing.

Host for Business in Hawaiʻi with Reg Baker

Reg Baker, CPA PFS, is a nationally recognized expert on Small and Mid-Sized Businesses(SMB’s). He serves on the national board of directors for the Small Business Administration’s Regulatory Fairness Board and is the Chairman of Region IX which includes California, Arizona, Nevada, Hawaiʻi, Guam and American Samoa. He also serves on Hawaii’s Small Business Regulatory Fairness Board, Chairs the Small Business and Entrepreneur Committee of the Hawaiʻi Chamber of Commerce and hosts Business in Hawaiʻi with Reg Baker with over 100 broadcasts.

Mr. Baker has over 30 years’ experience both owning small businesses and advising SMB’s and their owners focusing on start-ups, stressed company turnarounds, taking companies to the next level. He was named the U.S. Small Business Administration’s Financial Advocate of the year in 1992 and 2017 for the state of Hawaiʻi. He has been quoted or interviewed by the Pacific Business News, Star Advertiser, Fox News, KHON TV, Hawaiʻi Reporter and radio stations in Hawaiʻi and the mainland.

Brian Foster is the President and self-proclaimed Big Olive of Island Olive Oil Company, a retailer and wholesaler of the freshest, highest quality olive oils, balsamic vinegars, and specialty gourmet products. Island Olive Oil has two retail locations, as well as warehouse that supplies many of the well-known restaurants in the state.

Brian grew up on O’ahu and has always had a passion for fresh, high quality food and ingredient. He worked in the food business for almost a decade before joining the United States Army in 2001. He served for eight years and then worked in the defense industry in various executive roles throughout his early career before venturing back into the food business. His ability to “think outside the box” helped him to acquire a wide range of talents from managing billion-dollar projects, to rebranding his current business and aligning it with the correct target market.

He spends much of his much of his free time on advisory boards for different companies, as well as giving back to various culinary programs within the state.

Wayne Morris is a successful businessperson experienced in strategy, leadership, marketing, sales and technology. He was founding CEO of myDIALS, a business intelligence software startup which exited successfully through acquisition, and was CEO of Citect, a global software company headquartered in Sydney, Australia which grew significantly under his leadership and was acquired by Schneider Electric.

Wayne was the Microsoft executive leading worldwide marketing for business software and has also been the CMO of BMC Software in Houston and McDATA in Colorado, as well as CMO of Enterprise Software and Skytap, two venture-backed startup companies.

He is the author of “Fair Dinkum Business” which outlines his learnings and experiences in starting, leading and growing successful businesses. He was previously a mentor for Boots to Shoes in Seattle and recently moved to Kona, Hawaii. He has spoken at many technology conferences and holds a BSc (Computer Science) from Queensland University, Australia.

If you are interested in receiving guidance from the mentors above, please contact us through phone or email, with information of your business or business plan, and what you are seeking assistance in. 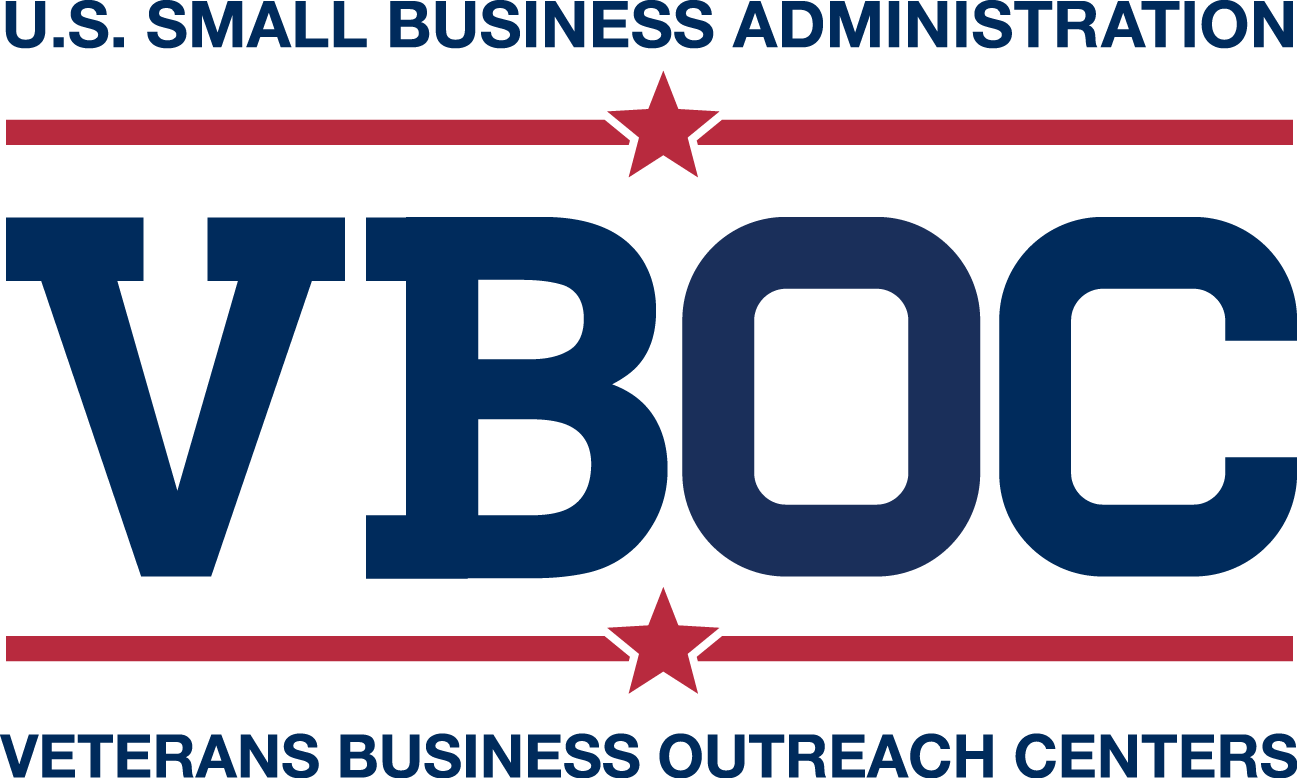 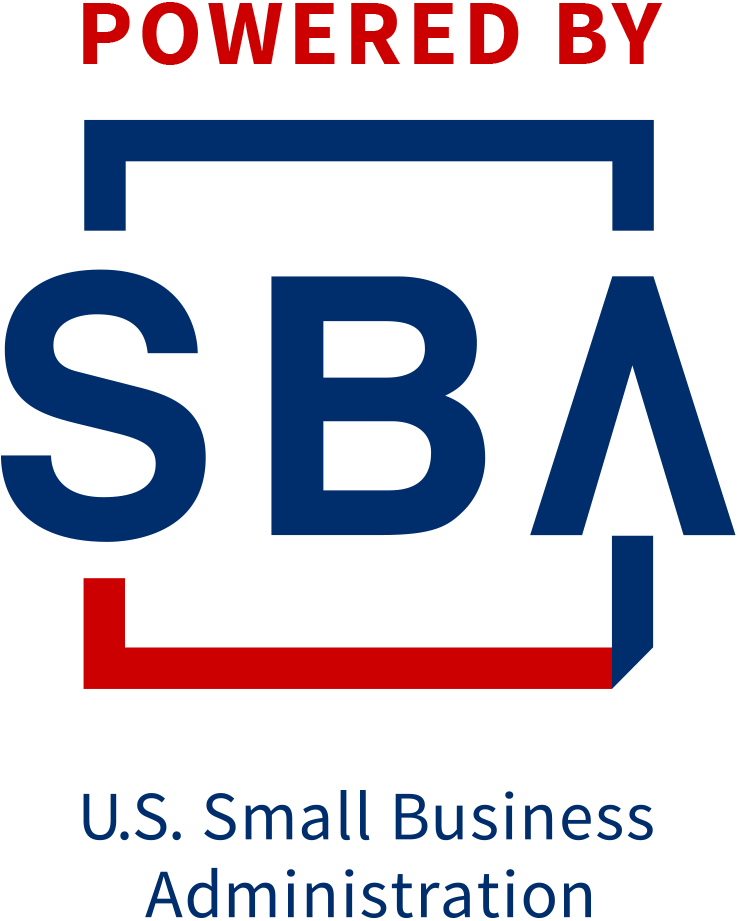 Funded in part through a Cooperative Agreement with the U.S. Small Business Administration. All opinions, conclusions, and/or recommendations expressed herein are those of the author(s) and do not necessarily reflect the views of the SBA.

Reasonable accommodations for persons with disabilities will be made if requested at least two weeks in advance. Contact Dennis Kwak dkwak@hawaii.edu.

← Welcome to the Veterans Business Outreach Center of the Pacific