What is Men of Strength? 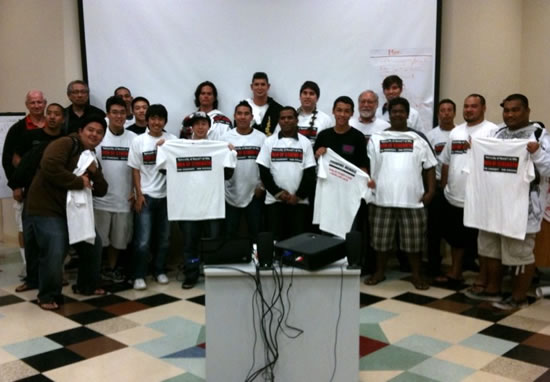 In the Spring of 2010, the University of Hawaiʻi at Hilo established a new organization designed to acknowledge, celebrate, encourage and honor the unique role and responsibility that men have to make a positive difference in their own lives and in the lives of their friends and families. Men of Strength is based on the educational principles developed by Men Can Stop Rape for their “Strength Campaign” but is adapted to be culturally relevant to UH Hilo and to Hawaiʻi Island. Men of Strength is now recruiting founding members. Here is a chance for you to become a leader for your campus and your community.

Why is it important for me to be involved with Men of Strength?

Our community faces a wide range of social and health problems, ranging from violence to drug abuse, teenage pregnancy to homelessness, and poverty to racism. In recognition that men are both part of the problem and part of the solution to many of these challenges, Men of Strength is committed to four major goals:

How can I get involved in Men of Strength? 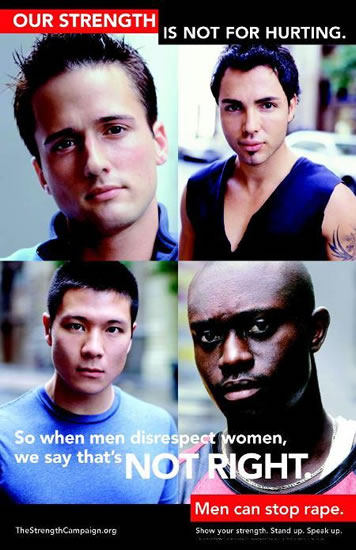 Men of Strength hosted its inaugural event on Thursday, February 11th, 2010. For this half-day training seminar, Joe Samalin from Men Can Stop Rape was our featured speaker; he helped participants explore what men can do to help reduce the incidence of sexual assault and other forms of violence against women on our campus and in our community. Students had to be nominated by a member of the Advisory Board of faculty and staff mentors to become a founding member.

Check back here often to learn more about upcoming events and activities being sponsored by Men of Strength! Or, "like us" by visiting our facebook.com/uhhilomenofstrength.

What kind of commitment is expected of me to be part of Men of Strength?

Men of Strength is designed to allow members to participate as much or as little as they are able to, depending on their available time and comfort level. However, members do need to be active participants in some meaningful way, or else positive change will be difficult to achieve. Founding members will be expected to attend regular organizational meetings on a monthly basis during the first year. An Advisory Board of UH Hilo faculty and staff mentors is available to support students in their activism, educational and service efforts; these mentors are willing to share their own experiences and professional wisdom with students as they work to create healthier communities and lead healthier lives.

Who are the Advisory Board members for Men of Strength?

What are some of the realities that Men of Strength is working to change?

What resources can help me better understand the work of Men of Strength?

Where can I get more information about Men of Strength?

Contact Andrew Polloi , Men of Strength Advisor (MOSatUHH@hawaii.edu), or any of the Advisory Board members listed above.