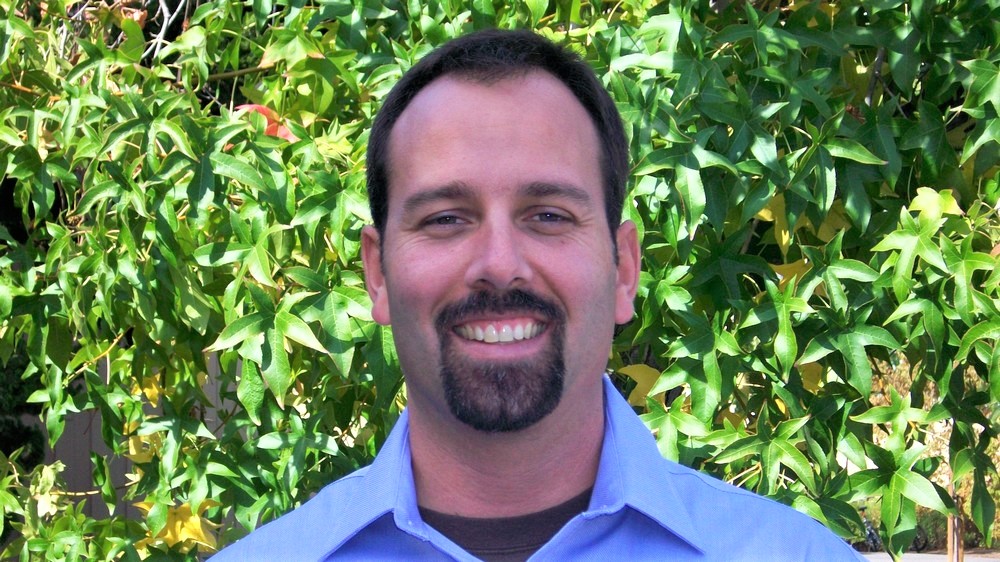 One of the main goals of Knope’s research program is integrating the way biologists study living organisms with the way fossil organisms are studied, so that direct comparisons can be made between the modern and the ancient.

Matthew Knope is an associate professor of biology at the University of Hawai‘i at Hilo with promotion and tenure received in 2021. He is an evolutionary ecologist specializing in speciation and extinction, specifically the generation and loss of plant and animal biodiversity in Hawai‘i and globally, working on research questions that lie directly at the intersection of ecology and evolution.

Knope says his most significant contribution to the literature is a study that showed, for the very first time, the basic ecological differentiation history of animals in the oceans across all time. See Limited role of functional differentiation in early diversification of animals (Knope, et. al., Nature Communications, March 4, 2015).

“What we show is that marine animals have followed a ‘late filling’ model in which it has taken the past 542 million years to get to where we are now—a world filled with a dizzying array of animals doing vastly different things from one another. The world that we see today has really been formed over the very long expanse of evolutionary time.”

See also, a later study, which Knope co-authored that demonstrated the current biodiversity crisis in the oceans is unlike any other the planet has ever experienced: Ecological selectivity of the emerging mass extinction in the ocean (J.L. Payne, et. al, Science, Sept. 16, 2016). Story: Larger marine animals at higher risk of extinction, and humans are to blame, Stanford-led study finds (Stanford University,  Sept. 14, 2016).

The main goals of Knope’s current research program in the Knope Evolutionary Ecology Lab at UH Hilo are: 1) integrating the way biologists study living organisms with the way fossil organisms are studied, so that direct comparisons can be made between the modern and the ancient and 2) using genomic sequencing technologies to unravel the evolutionary history of Hawaiian plants and to aid in their conservation.

“We see today that we have more species on the planet than there has ever been and that they display a wider array of ecological strategies than ever before, and it is hypothesized that the two are necessarily coupled, because not all species can utilize the same resources and successfully co-exist,” Knope explains.

“In the past, our research, and that of many others, has shown that it is difficult to study the evolutionary genetics of Hawaiian plants, in part because many have separated into different species from their common ancestor very rapidly and very recently,” he explains. “By scaling up from sequencing a handful of genes in each individual at a time to sequencing their entire genomes, often comprised of many millions of basepairs of DNA, we are starting to be able to unravel these mysteries of how our iconic Hawaiian plant adaptive radiations have evolved.”

Knope is also now extending this approach to plants in the South Pacific islands as well.

Including students in the research

Knope says it can be a challenge to be at a university with a heavy emphasis on high-quality teaching like UH Hilo, leaving little time for research.

“I find that one of the best ways to overcome this challenge is to get lots of our students directly involved in the research happening in the lab,” he says.

He accomplishes this in three ways:

Knope plans to continue to work with students at UH Hilo on questions related to speciation and extinction in Hawai‘i and globally. He hopes to help improve understanding about the processes that promote the generation of new species and what can be done to better understand how the current biodiversity crisis compares to extinction patterns in the past.

“This will help our students meet their own academic and career goals as they learn how exciting research can be,” he says.

The Hawaiian Islands are arguably the world’s premier natural laboratory for the study of ecology, evolution, and conservation biology in both terrestrial and marine habitats and because of this, Knope says, UH Hilo is uniquely situated to continue to strongly contribute to the understanding of these fields.

“I feel incredibly lucky to be able to live and work here on Hawai‘i Island, which is undoubtedly one of the most special places on the planet, and to work with the incredible students, faculty, and staff of this university,” he says. “There are so many positive things happening all across this university, and I am honored to have the chance to be a small part of it.”