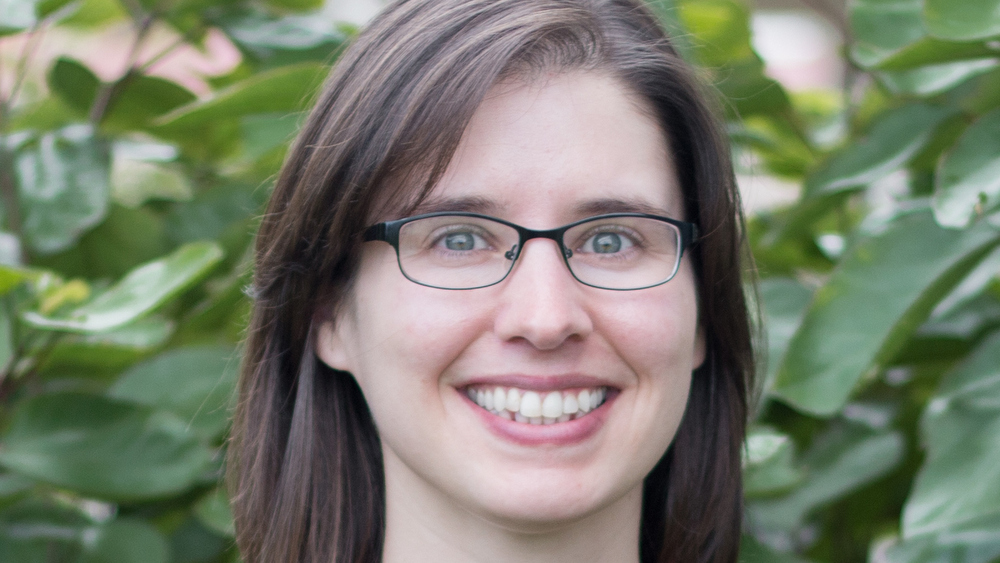 Jolene Sutton is an assistant professor in the biology department at the University of Hawai‘i at Hilo. Her research interests are in evolutionary genetics, population genetics, conservation biology, immunology, and genetic engineering. She received her master of science in biology from Acadia University, Canada, and her doctor of philosophy in zoology from the University of Otago, New Zealand. She did her postdoctoral research in the biology department at UH Mānoa from 2013-2015. She joined UH Hilo in January 2016.

“Together with our collaborators, our group has identified that two areas that we believe are important for protecting Hawaiian birds: 1) understanding the genetics of rare species, and 2) reducing the spread of the diseases that are causing their decline,” Sutton says.

One of the lab’s projects works directly with the ‘alalā, or the Hawaiian crow.

“We use conservation genomics to help the recovery of one of Hawai‘i’s rarest endemic birds, the ‘alalā,” Sutton says.

The ‘alalā has been extinct in the wild since 2002 and currently has a very small population at the Keauhou Bird Conservation Center in Volcano. Without conservation efforts other Hawaiian bird populations will easily decrease dramatically over the years and eventually become extinct as well.

“We are determining how much genetic diversity the [‘alalā] species had historically compared to what it has now that it is extinct in the wild,” says Sutton. “We are also collecting genomic information to obtain accurate estimates of relatedness among individuals in the current population. These kinds of data will help us make management recommendations, such as choosing which birds to pair in breeding facilities to try to have the healthiest offspring, and choosing the most suitable individuals to release back into the wild.”

“We are developing techniques to control mosquitoes, and the diseases they spread to birds,” Sutton says.

Mosquitoes are not native to Hawai‘i. Since they were introduced in 1826, mosquitoes have killed off many native bird populations by carrying diseases such as avian malaria and avian pox. Native birds are especially susceptible to these diseases because of their limited exposure after living in isolation on the Hawaiian islands for hundreds of years.

To prevent further destruction of the native bird population, Sutton’s lab is making it harder for southern house mosquitoes (Culex quinquefasciatus) to reproduce by using what she calls a “technique like birth control for mosquitoes.” This technique has been successful in other places and uses a type of bacteria, called Wolbachia, which naturally occurs in many insect species.

If there is less offspring then there are no more mosquitoes to carry on the avian malaria and avian pox.

The Wolbachia work is a collaboration between Sutton at UH Hilo and Associate Professor Floyd Reed at UH Mānoa. The researchers recently received financial support from the Hawai‘i Department of Land and Natural Resources for the project.

Sutton doesn’t do all this work on her own. She has students at many levels helping her, including undergraduate and graduate students. From isolating DNA, analyzing data, running experiments and maintaining mosquito colonies, students perform many different tasks.

“Recently, our hard-working team reached a significant milestone by clearing the Wolbachia from some mosquito colonies in the lab.” she says. “We are now preparing to introduce a different strain to these particular mosquitoes.”

Both projects have also had a lot of help from various organizations such as UH Mānoa, Hawai‘i Department of Land and Natural Resources, and the United States Fish and Wildlife Service.

“These projects are collaborations with several local, national, and international partners,” Sutton says.

“The types of research we do can help answer many conservation management questions, and it is important to make the best decisions possible based on good information,” Sutton says.

Conservation work is important because without it many more species of birds could be lost forever. However, Sutton is optimistic.

“[Conservation genetics] is an incredibly exciting and fascinating field to be in, as it uses cutting edge technologies to help protect threatened species around the world,” Sutton explains. “One day our mosquito research could potentially be adapted to reduce the spread of mosquito-borne human diseases as well.”

Sutton’s own message to students is this: “UH Hilo is ideally situated for the types of research that our lab focuses on, and there are many research opportunities for students within the university, right here on Hawai‘i Island. Time spent at UH Hilo is a great opportunity to find something that you are passionate about.”

By Alyssa Grace, first published in Ke Kalahea, the UH Hilo student paper, reprinted with permission. Minor edits have been made to the original piece with the researcher’s input to add information and for clarification.