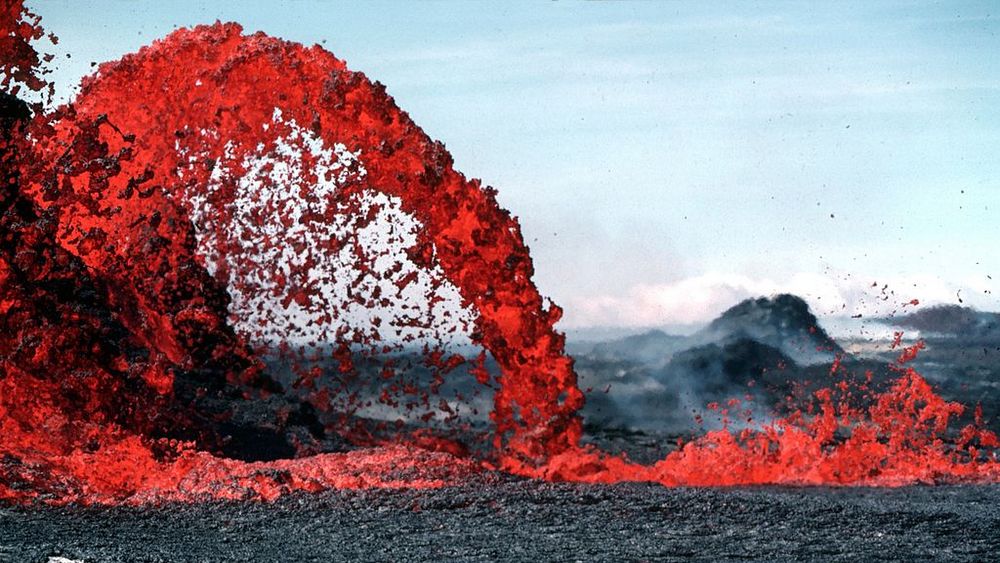 Professor Marusek specializes in legal geography, legal semiotics, and constitutive legal theory within the disciplinary field of public law. She explores places and spaces to better understand law and legality.

“In my work, I explore the places, spaces, and images found in everyday life that illustrate, characterize, and challenge law and normative understandings of legality,” says Marusek.

“Through a jurisprudential lens, ordinary, even banal, cultural happenings are enlivened as legal phenomenon,” she explains. “This constitutive relationship between law, politics, and culture exemplifies the intersections between governance, order, and resistance that we inhabit and occupy on a daily basis. I believe that the study of law in public life contributes to the larger scope of jurisprudential inquiry about power and empowerment.”

Marusek’s work celebrates the uniqueness of Hawai‘i’s legal semiotics, legal geography, and jurisprudential complexities within her areas of interdisciplinary and international scholarship.

“I am intrigued by the legality of such local phenomena as sovereignty license plates, Hawaiian language heard in airports and seen on Waikiki sidewalks, quarters with images of King Kamehameha, and of course, flowing lava,” she says.

“I believe that the academic study of one’s immediate setting broadens an inquiry’s audience and relevancy,” she says. “My hope in researching everyday, ordinary banality is to show that intellectual creativity through academic inquiry can help us to reconsider what we think we already know about what law, governance, and order.”

In several of her past and present projects, she collaborates with fellow researchers at UH Hilo on Hawai‘i-related projects involving diverse topics from coqui frogs to cuisine, where she explored the intersection of gender, ethnicity, and culture of food.

While exploring the topic of food, she was surprised to discover that expiration dates on most perishable foods are not a legal requirement, but instead are added at the discretion of the manufacturer.

“Like many people, I had always thought that there must be some sort of regulation behind these often unreadable dates, but with the exception of infant formula, this is not the case,” she explains. “The ubiquitous presence of expiration dates in American culture summons a larger framework of legal consciousness that expects regulation yet conversely also ignores it.”

The 16th International Roundtable for the Semiotics of Law 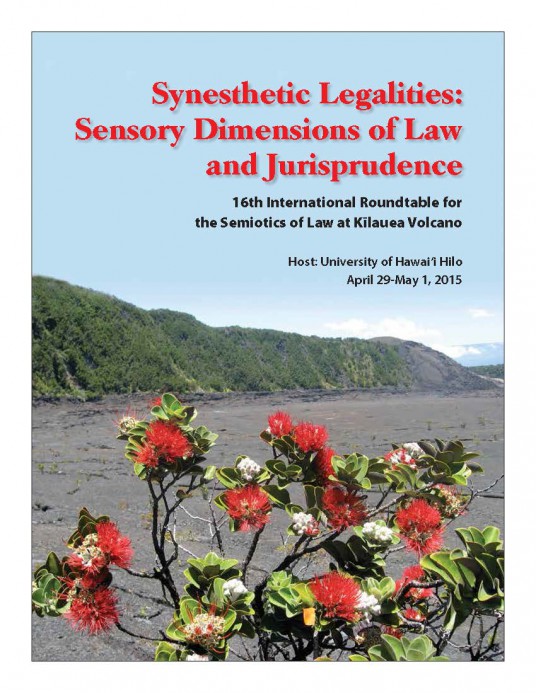 In 2015, Marusek organized, convened and hosted the 16th International Roundtable for the Semiotics of Law, an interdisciplinary conference, in Volcano on Hawai‘i Island. She says the conference put Hilo on the map in this area of scholarship. Previous locations of the annual conference throughout the years have included Copenhagen (2014), Hangzhou, China (2013, PDF of Program), Rio de Janeiro (2011, PDF of Call for Papers), Hong Kong (2009), and Australia (2007).

The theme of the Hawai‘i conference was “Synesthetic Legalities: Sensory Dimensions of Law and Jurisprudence.” Synesthesia is the phenomenon where sensual perceptions are joined together as a combined experience, for example, the ability to feel color, hear the visual, or even smell emotion. These types of unions affect legal thinking, and when analyzed, can give creative insight into the complexities of how law works through the body — hands, ears, eyes, noses, tongues — in other words, through spatial, temporal, aural, tangible, culinary, and olfactory experience.

Attendees at the conference learned about the Hawaiian cycle of a‘o that emphasizes a continual process of learning through teaching and teaching while learning, and then within this context, the roundtable explored the richly complex manifestations of synesthesia by exploring the ways in which law stimulates the senses.

Marusek edited the conference proceedings in a volume with Ashgate in the Law, Language, and Communication Book Series.

Marusek’s second book project is The Dynamic Landscape: Legal Geography of (in) Motion. This monograph, under review with Routledge in the Space, Materiality, and Normativity Book Series, examines the relationship of law and place within the context of movement. With a central focus on motion, flow, and materiality, the book advances the field of legal geography beyond the non-fluid, static approach to landscapes and their meanings.

One of the book’s chapters “Aesthetics of Movement: Spectacle, Performativity, and the Paved Road” is a comparative exploration of volcanic land and public visitation in Hawai‘i and Iceland. In support of this project, Marusek received a Research Relations Grant to travel to Iceland and conduct research during her sabbatical in the spring of 2016. Another of the book’s chapters, “The Fluidity of Landscape: Methodological Messiness,” was submitted for presentation at the 2016 Law and Society Association Annual Meeting held in New Orleans.

In another project, she is guest editor for a special issue in the refereed journal, Space and Polity, entitled “Digesting the Public Sphere.” This is a collection of eight papers developed from the Interpretative Methods and Methodologies Workshop she co-hosted at the 2015 Western Political Science Association meeting in Las Vegas.

Marusek also serves as co-editor for a collection of thirteen papers entitled Street Level Sovereignty: A Reader. The authors were invited to submit the proposal, which includes chapter contributions from authors in the U.S., Australia, Italy, and UH Hilo, by the Legal Studies Commissioning Editor at Lexington Books, the monograph division of Rowman & Littlefield.

Mausek received her master of science in labor studies and her doctor of philosophy in political science from the University of Massachusetts Amherst. In 2011, she was awarded the UH System Frances Davis Award for Excellence in Undergraduate Teaching.