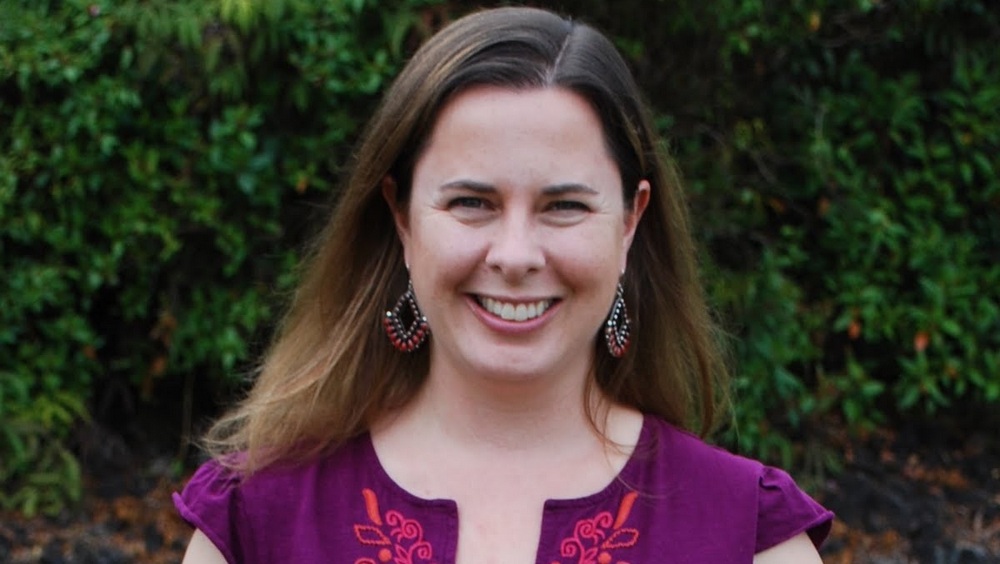 Professor Wiegner research focuses on microbial pollution from sewage. Specifically, she assesses the impact of humans on water quality in fresh and marine environments.

Tracy Wiegner is a professor of marine science at the University of Hawaiʻi at Hilo. She is an aquatic biogeochemist and serves as a chemical oceanographer in UH Hilo’s Department of Marine Science. She brings the two disciplines, which are not mutually exclusive, together in her research.

“The primary focus of my research is to assess the impact of human activities on water quality from freshwater to marine environments,” says Wiegner. “I am specifically interested in the relative importance of inorganic nutrients—nitrogen and phosphorous—and dissolved organic matter [DOM] to environmental problems such as eutrophication, as well as their biological and chemical roles in the natural environment. To do this, my research is centered on ascertaining the transformations of inorganic nutrients and DOM from the terrestrial to the marine environment.”

In addition, Wiegner is interested in understanding the changes these compounds undergo within a system between the sediments, water column, and atmosphere.  Many of her projects have examined some of these dynamics on a variety of temporal and spatial scales.

Wiegner’s research shows that terrestrial dissolved organic matter, from both natural and human sources, is an important carbon (food and energy) and nutrient source to bacteria in freshwater and coastal environments.  It also has shown that some of this material is transferred up the food web to higher trophic levels like larval fish, supporting their production in estuaries.

“An enlightening finding (of the research) has been that terrestrial dissolved organic matter supports a large portion of bacterial respiration and production in streams, as well as in estuaries, and consequently higher trophic levels,” she says.  “This finding highlights the interconnectedness of terrestrial, freshwater, and marine environments.  In particular, I think it is striking how important terrestrial dissolved organic matter is in supporting both freshwater and marine food webs.

“What is great about this finding is that it supports early Hawaiian observations about Hilo Bay where our data demonstrated this latter finding: Ka ua heʻe nehu o Hilo — the nehu-producing rain of Hilo. It was known that when materials from the land flowed into the ocean following heavy rains, nehu fish would soon be abundant.”

Wiegner is faculty supervisor for the UH Hilo Analytical Laboratory, which supports ecological research and water quality studies. She has overseen the facility since 2006.  The laboratory, which was initially created with federal grants, includes analytical chemistry instrumentation for environmental samples (water, soil, plant, animal tissue) and has served over 107 clients. It is now almost fully self-sustaining from service fees.

“Known as a hub for research and training on Hawai‘i Island, the lab has a state-wide, and even an international, reputation for its high quality and rapid services,” says Wiegner.

The lab also provides for undergraduate and graduate student training. Students outside of UH Hilo also use the lab to process and analyze samples; their institutions include: UH Mānoa, Kapi‘olani Community College, Stanford University, Cornell University, and University of California at Santa Barbara.  Publications, presentations, and funded grants resulting from use of the analytical services and student training from the UH Hilo Analytical Laboratory are numerous.

During the last five years, Wiegner’s research has shifted focus to microbial pollution stemming from sewage.

“My students and I have developed tools for visualizing temporal and spatial distributions of microbial pollution, and are currently working on developing a model to predict unsafe swimming conditions using real-time water quality data from the Hilo Bay water quality buoy and other real-time gages for river flow, rainfall, and waves.”

Through a marine science thesis project, Wiegner has begun to examine Staphylococcus aureus, a bacterium that causes serious skin infections, distributions in coastal waters to see if they are related to sewage pollution, other water quality parameters, or environmental conditions. The state of Hawai‘i has the highest number of Staph infections in the nation, and it is largely thought that many of them are acquired during recreational water activities.

Data that Wiegner collects and tools that she and her team are developing relative to microbial pollution are being shared with Hawai‘i county, state, and federal government decision-makers and natural resource managers to help manage and reduce sewage pollution on Hawai‘i Island.

“We have worked closely with two communities on island to collect data demonstrating the sewage pollution from homes is entering the near-shore waters, impacting natural resources, and posing a health risk to recreational water users,” she says.

This information has been shared with the impacted communities through public presentations, handouts, and websites.

“It is my goal to provide these communities with sound scientific data they can use to make informed decisions on how to improve wastewater disposal in their communities, and for them to be able to use it to develop strong cases to persuade decision makers to assist them in their efforts.”

Wiegner says she has two ultimate goals for her current research.

“One, I hope that it will improve water quality on Hawai‘i Island and throughout the state through informed management decisions and actions,” she says.  “Second, I want to continue providing training opportunities to undergraduate and graduate students in water quality research.

“My hope is that some of them will continue on this path and become leaders in education, research, industry, and government, and that they can directly and indirectly improve coastal water quality.  I also hope that the few who do continue on research paths help to further our understanding of the interconnectedness between the terrestrial and marine environment.”

Wiegner received her doctor of philosophy in oceanography from Rutgers.