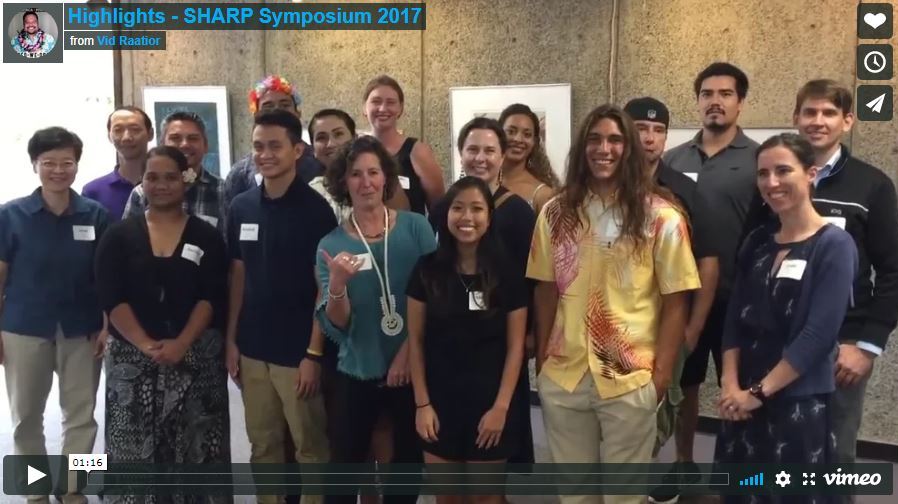 Above: Screen capture from video. To view video, scroll to end of post.

Professor Morrison researches women’s health and domestic violence in Hilo. Her topics include inquiry into menopause, domestic violence, and breastfeeding practices of young women, all conducted about women in Hilo.

Lynn Morrison is a professor of anthropology at the University of Hawai‘i at Hilo. Her areas of expertise are in biomedical and physical anthropology, women’s health, HIV/AIDS, and gender and sexuality. Her research topics include inquiry into menopause symptoms, blood pressure and health risk in Hawai‘i’s multi-ethnic population; domestic violence in Hilo; HIV/AIDS needs assessment in Hilo; and breastfeeding practices of young women in Hilo.

Morrison worked on a menopause project in Hilo with principal investigators Dan Brown, UH Hilo professor of anthropology, and Lynnette Sievert, professor of anthropology at University of Massachusetts at Amherst, where the research team discovered that despite the pervasive biomedically oriented view of menstruation and menopause as a disease state, the majority of female respondents in Hilo between the ages of 16 and 100 described menstruation and menopause in positive terms such as “natural.”

“Post-menopausal women were more likely to have a positive attitude toward both reproductive life events,” says Morrison.

In a smaller sample of women aged 45-55, the study found that pre-menopausal women were far more anxious and more likely to have negative connotations about menopause whereas many peri-and post-menopausal women found it to be a season of empowerment and confidence.

“We also found that where a woman grows up may be more influential that her ethnicity regarding her attitude toward menstruation and menopause,” Morrison says. “In fact, local culture and the island lifestyle may provide a positive atmosphere for women going through menopause.”

In a study on menstruation conducted with Susan Brown, UH Hilo professor of psychology, one of the biggest findings, in which the researchers compared women using birth control pill (estrogen and progesterone) and Depo Provera (all progesterone) to women not using any hormonal birth control, was that Depo Provera disrupted the relationship with sleep, general indicators of health, and sexuality.

“This contributed to the growing evidence that using Depo Provera is not a healthy choice for women wishing to use birth control,” says Morrison. “In contrast, we found that naturally cycling women had peaks in their libido and sexual activity during their ovulatory phase and ovulation is also the time they seem to be feeling the best.”

More importantly, she says, in both projects, students had excellent opportunities as research assistants. Two have since obtained their medical doctorates, two have received a double master of arts in anthropology and public health, two are in the UH Hilo doctoral program in pharmacy, one is a registered nurse currently undertaking a master in nursing, and another has a master in social work. “I believe that this is the greater impact of our research success,” she says.

“We interviewed female survivors of IPV of varying ages and ethnicities and found two main risk factors: community and family tolerance for IPV and the interaction of substance use — drugs or alcohol — by either survivor and/or perpetrator,” says Morrison. “Several of our participants, who had been on the islands for various lengths of time, said that the neighborhoods they lived in or grew up in had a lot of violence with little assistance from neighbors, and in some cases, little assistance from the police. For some women, being abused by their partners gave them a sense of belonging, especially if they felt like an outsider.”

The intersection of human health and animal welfare

Morrison says she is re-orienting her focus in a new direction.

“I am extremely passionate about animals and go through daily heartbreak as I jog and walk through my neighborhood and see all these neglected dogs with broken spirits,” she says. “So that is what led to this mid-career change from women’s health, with a focus on HIV/AIDS, breastfeeding, menstruation, and menopause, to the intersection of human health and animal welfare.”

She says this change in focus means her most significant work is yet to come.

“I am now turning my research interests to examining issues of animal abuse and neglect, specifically dogs, and its correlation to human health,” she says. “We will be exploring how attitudes towards dogs affects stress levels in the dogs as well as their owners.”

To get the project going, Morrison has established a steering committee with Wheat and Adrian to secure funding through UH Hilo’s SEED grant money program, and by the end of the semester the team will organize a round table get together of interested faculty and students, and will invite the Hawai‘i Island Humane Society and Rainbow Friend Animal Sanctuary to form a more solid partnership to address issues of animal welfare.

Morrison also has two students doing a project in her applied anthropology class on developing a protocol to have service animals on UH Hilo campus, and colleague Adrian is looking at how pet therapy can alleviate stress around exams.

“We want to bring all these people together,” says Morrison. “If successful, we expect the findings to benefit both human and animal welfare.”

(Update April 2018)—Morrison is director of SHARP (Students of Hawai‘i Advanced Research Program), a new program at UH Hilo—funded by the National Institutes of Health (NIH) Research Initiative for Scientific Enhancement (RISE) and administered through the UH Hilo Department of Anthropology—that supports all under-represented students, and particularly Native Hawaiians and Pacific islanders, at UH Hilo to develop interest and competence in biomedical and behavioral sciences research to help them advance to doctoral studies. The goal is to increase the number of individuals from under-represented groups that will ultimately obtain degrees from UH Hilo in biomedical and behavioral sciences.

Morrison received her master of arts and doctor of philosophy in physical anthropology from the University of Toronto.