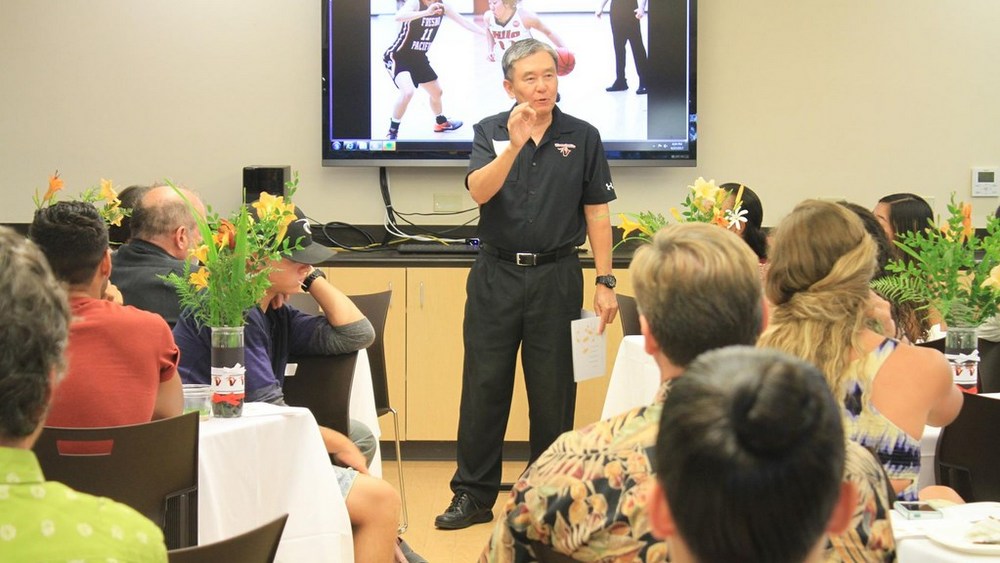 Professor Hirokawa’s scholarship has contributed to the development of a theory called the “functional perspective,” identified as one of the three most influential theories of small group communication.

Randy Hirokawa is a professor of communication and director of the Health Professions Student Center at the University of Hawai‘i at Hilo. He is an active researcher in the area of small group communication and group decision-making effectiveness.

Hirokawa’s scholarship has contributed to the development of a theory called the “functional perspective,” identified as one of the three most influential theories of small group communication (see, e.g., Cragan & Shields, 1998; Griffin, 2003; Littlejohn, 2002; Miller, 2002). This theory accounts for group decision-making performance in terms of the role that group communication plays in facilitating or impeding the group’s efforts to perform crucial cognitive and interpersonal decision-making functions.

“My research has enhanced our understanding of why groups of intelligent, well-intentioned people often make regrettable decisions,” he says.

Hirokawa has found that groups often talk themselves into bad decisions because their discussions result in one or more of the following errors: (1) the group fails to properly or correctly understand the problem or issue they are dealing with, (2) they utilize inappropriate criteria in evaluating their options or choices, (3) they overestimate the positive outcomes or results of the choice they make, and/or (4) they underestimate or fail to recognize the negative consequences of the choice they make. Groups that commit one of more of these errors in their decision-making or problem-solving process are much more likely to make decisions that result in post-decisional regret.

Hirokawa says the most surprising finding of his research is that although people rely heavily on groups to make important decisions in virtually all aspects of society, two or more heads are not necessarily better than one.

“Groups do not necessarily produce better decisions than a single decision-maker and, in fact, they sometimes make far worse ones,” he explains. “I always remind folks that groups are not magic bullets for making good decisions.”

Hirokawa says bad group decision-making or problem-solving is preventable. He says if people working in groups are properly trained, if they receive proper instructions on how to avoid the pitfalls and errors that result in bad decisions, they can greatly enhance their ability of making good, sound, effective choices.

“There is a truism that knowledge is power,” he says. “Nowhere is this truism more evident than in the context of group decision-making. The more groups are trained to work well together and engage in vigilant decision-making, the more likely they are to consistently make good choices that benefit our community and society.”

Hirokawa is former dean of the UH Hilo College of Arts and Sciences (2005-2016). When serving as dean, he worked with UH Hilo’s School of Nursing faculty to study healthcare teams to identify the communication behaviors in healthcare teams that contribute to good decisions in life-or-death crisis situations to minimize patient mortality.

By Susan Enright, public information specialist, Office of the Chancellor. Originally published on Oct. 10, 2013 and updated on April 17, 2018.