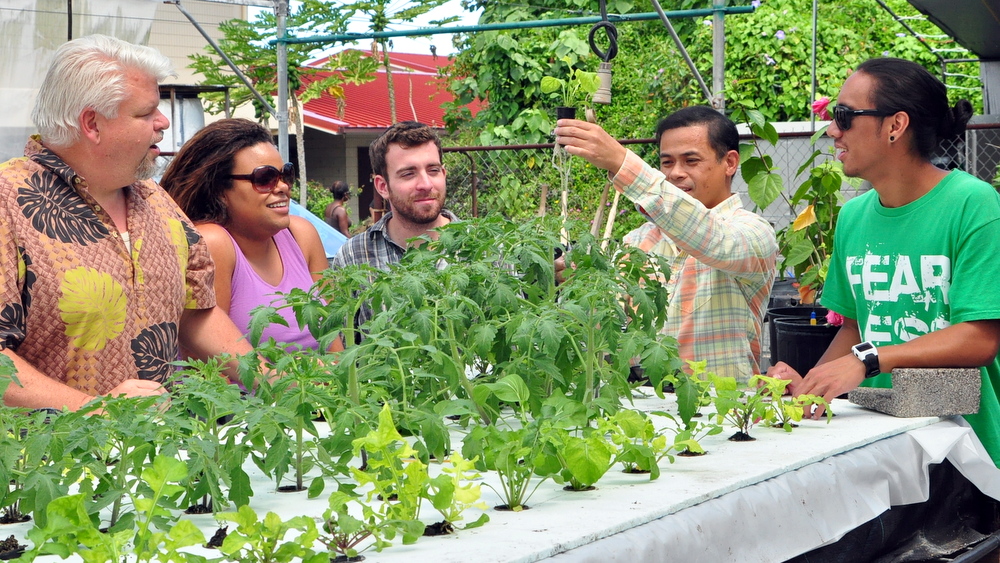 Associate Professor Arancon pioneered research in the utilization of earthworm-worked soil amendments, referred to as vermicomposts, in increasing the growth, flowering and yields of plants.

Norman Q. Arancon is an associate professor of horticulture at the University of Hawai‘i at Hilo. He specializes in sustainable agriculture, horticulture, crop sciences, agroecology, organic agriculture, vermiculture and vermicomposting. He pioneered research in the utilization of earthworm-worked soil amendments, referred to as vermicomposts, in increasing the growth, flowering and yields of plants such as marigolds, petunias, bell peppers, tomatoes, strawberries and grapes.

“The incorporation of these organic materials into field soils not only increases plant productivity but it also improves soil health by increasing soil microbial population and diversity,” says Arancon. “The increases of microbes in the soil also are the contributing factor in the suppression of plant diseases and arthropod pests that commonly attack plants.”

Arancon’s research also reveals that water extracts from vermicomposts, called vermicompost teas, can potentially have the same effects on plant growth and the suppression of pests and diseases.

The research in these areas generated approximately 20 peer-reviewed journal articles and numerous presentations in national and international conferences.

Arancon’s research and expertise is of great benefit to the Hawai‘i agricultural industry and local communities.

“The research will help us generate a local source of organic amendments to supply nutrient needs of our plants,” he says. “Right now, we rely heavily on imported fuel-based fertilizers and pesticides to grow plants. Vermicomposts and their teas are organic and safe so their utilization will support the production of healthy and safe foods that support healthy communities. It will promote the recycling of our organic wastes by diverting them into vermicomposting so that we minimize how much we dump into our landfill.”

Arancon has served as a consultant for industry on numerous projects including Sonoma Vermiculture in Sausalito, California, in construction of a large scale continuous feeding system to process local food wastes with earthworms; Organically Done, LLC, in Franklin, Michigan, in research and development of bulk and liquid products of vermicomposts processed from food wastes; Oregon Soil Corporation, Portland, in the development and utilization of vermicomposts produced from food wastes; Great Lakes Brewery, Inc., in Cleveland, Ohio, in recycling brewery wastes through vermicomposting and development of grant proposals submitted to USDA and the Ohio Agricultural Research and Development Center; among many others.

Looking to the future, Arancon wants to extend his research into more pressing disease and pest problems associated with the production of coffee and organic ginger, two very important crops on the island of Hawai‘i.

“I also hope to incorporate the technology in hydroponics and aquaponics and increase production of vermicomposts in larger scale to support agriculture and food independence of Hawai‘i,” he says.

The New York Times features Prof. Arancon in an article about worm-created soil for agricultural use.