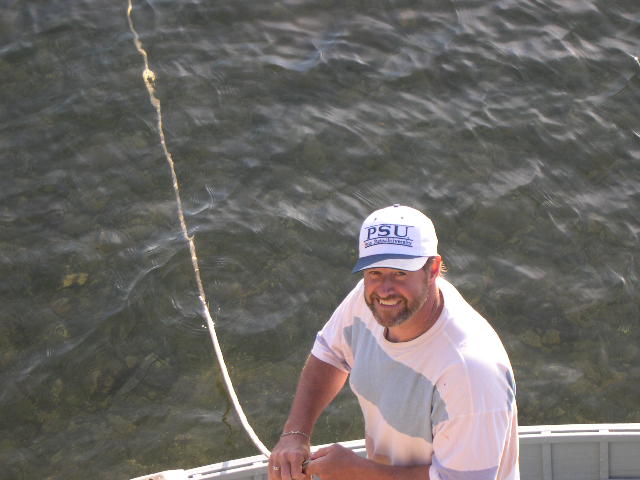 Dr. L.A. Gotshalk is a musculoskeletal physiologist, anatomist, and exercise physiologist with a strong background in muscular strength and power training and total body systemic response to exercise and stress. His current top interests are the physiological responses to acute and chronic stress; the physiological responses of women and men athletes to seasonal stress; musculoskeletal response to aging, and the slowing/prophylaxis of the diminishment of musculoskeletal performance due to aging. His main tasks at the University of Hawaiʻi are to advise students, teach anatomy and physiology; teaching and research methods; nutrition and the science of diet and weight control; the basic and advanced kinesiology courses; physiology of exercise, and science behind athletic training programs. Dr. Gotshalk is the director of the Laboratory for Exercise Sciences, which manages concurrent research projects. Interested undergraduates have a unique opportunity to learn research techniques and involve themselves in actual research investigations.

Dr. Gotshalk constantly runs exercise science-oriented investigations in the Laboratory for Exercise Sciences. Many KES students either volunteer to assist, or participate for credit (Directed Studies) in the data collection procedures and the day-to-day operations of the laboratory. Dr Gotshalk is currently involved in five studies:

He is on the editorial staff of several highly respected journals in the field of health, exercise science, and medicine, and writes regularly for several periodicals.

Dr. Gotshalk received his doctorate in 1999 in exercise physiology from the department of health and human performance of The Pennsylvania State University under the direction of Dr. William Kraemer, one of the top exercise physiology/endocrinology researchers in the world. Dr. Gotshalk initially had received his B.S. from Northeastern University (Boston) in 1975, majoring in physical education and minoring in mechanical engineering. He went on to receive his M.S. in exercise physiology from Temple University (Philadelphia) in 1980 under the direction of Dr. Richard Berger, a world-renown exercise and strength physiologist. Dr. Gotshalk was already in charge of the strength and conditioning programs of many of the athletic teams at Temple, and went on to establish a complete strength and conditioning department, serving all 450 athletes on all men's and women's teams, which he coordinated from the late 1970s to the 1990s. He also taught anatomy and physiology and did research for the Biokinetics Laboratory at Temple University simultaneous to his athletic department duties.

After receiving his doctorate, Dr. Gotshalk taught anatomy and physiology at the medical school at Ohio University (Athens) for several years before accepting the position at UH Hilo. He was hired explicitly to help found and develop the Health and Physical Education program here, with future plans to expand the program to what would be called the department of Kinesiology and Exercise Sciences, with strengths in exercise physiology, health and physical education, biomechanics, athletic training, and recreation and leisure. He has written and taught a series of courses for this department and directs the Exercise Sciences Laboratory at UH Hilo. He also advises the Exercise Science Organization, and is or has been a member of the Faculty Congress, The Faculty Senate, and Curriculum Review Committee of the Senate, the Diversity Committee, and the Disability Committee, for the university.

While at Temple University, Dr. Gotshalk did research in strength physiology, studying the body's response to circuit resistance training, the response of the body's patterns in sport skills to gain in strength and local muscular endurance, and the neuromuscular response of the body to strength and power movements. At Penn State he began a series of investigations of the effects of creatine on the muscular function of men and women, leading to published studies of an investigation of such effects on older men while at Ohio University, and on older women while at UH Hilo. He has applied for funding so that the Exercise Sciences laboratory can further these investigations, focusing on the effects of aging on neuromuscular function and how training and supplementation of creatine (and other supplements) can be prophylactic to diminishing muscular function and to falls and injuries due to aging. Current investigations include: the study of obesity and diabetes in Hawaiian children (an intradepartmental investigation. Dr. Gotshalk is a co-investigator along with Dr. Daniel Brown of the Anthropology department, and the study includes the Psychology and Biology departments); bone mineral and bone density changes in response to exercise programs and in-season physical and endocrine stress in women and men collegiate athletes; co-contraction activity and shear force resultants of the knee during activity; and the effects of altitude on local muscle function during performance.

Dr. Gotshalk has a much-honored coaching career. He has trained many professional athletes, including a number of major league baseball players, professional football players, and a number of Olympic hopefuls in various sports. His greatest successes have been in the sport of powerlifting, where he was voted the collegiate National Coach of the Year nine times. His powerlifting coaching career began with extreme serendipity: he was close friends (through chance meeting) with Don and Cindy Reinhoudt, each many times national and world champions in the sport. Don was considered the pinnacle of powerlifting - four time superheavyweight world champion and 39 time world record setter. The Reinhoudts allowed Dr. Gotshalk to work with them and consult with them. After Don retired from powerlifting, Dr. Gotshalk helped train him to compete in the World's Strongest Man competition, which Don won twice before retiring from all strength athletics. Meanwhile Dr. Gotshalk founded a men's and women's powerlifting team at Temple University, which won 15 collegiate national team championships between them, with 29 individual national champions, and 35 national records. At one point in the history of collegiate powerlifting, Temple's program was considered the second-greatest dynasty (only behind that of Louisiana Tech).

Dr. Gotshalk has a long and distinguished athletic history. He was a top track performer in high school (440 y and 880 y), and was a Pennsylvania state champion. In college he was a noted decathlete (scoring 7188 points) and a tournament racquetball champion. All along he had the "iron bug"; his interest in the function of the human body piqued an interest in strength training, the pinnacle being found in the sport of powerlifting. He began a career in competition powerlifting in the early 70's, a career that lasted nearly thirty years. His best performances as a younger man included a 644 lb full squat, 429 lb bench press, and a 716 lb deadlift. While in his 40s, he competed in the Master's division, and won the American Drug-free Powerlifting Association (ADFPA) Pennsylvania state 220 lb class 40-44 yr division championship, and while in the 45-49 yr division won the ADFPA Eastern United States 220 lb class championship with a performance that included a championship record 639 lb deadlift. His probable "pinnacle" physical performance was done during one of his yearly "liftathon" fundraisers for Amyotrophic Lateral Sclerosis while at Temple University. During a 24 hr period Dr. Gotshalk lifted 887,280 lbs, a Guinness World Record for the most weight lifted by a human during a 24 hr day. He deadlifted 303 lb for repetitions (aiming at sets of 10 repetitions every five minutes throughout the 24 hrs). He is semi-retired from competitive strength events due to life-long idiopathic osteochondritis (he has had both hips and one shoulder replaced with prosthetics and a number of ankle surgeries.) He still is an avid weight trainer, and hopes to compete in a powerlifting meet each year in the National Masters championship meet once he adapts to his medical concerns.

Linc is married to Paula Thomas who runs her own consulting business called Delphi Pacific Communications . They have two boys: Brace (16) and Drew (13), live in Hilo and have a strong affinity for New England where Paula's parents live (Vermont) and the Gotshalks own land (Maine).