Biology is one of the largest departments at the University of Hawaiʻi at Hilo with faculty expertise encompassing the disciplines of physiology, microbiology, molecular and population genetics, biostatistics, evolution, cell biology, botany, mycology, tropical forest ecology, conservation biology, marine ecology, and ichthyology.

Our department’s mission is to provide students with a comprehensive background in biology, supported by basic knowledge in the natural science disciplines of chemistry, physics, and mathematics. With this background, students are prepared to enter professional or graduate school programs or to seek employment in entry-level biological science positions in government or the private sector.

Members of the biology faculty are committed to the highest quality of undergraduate and graduate teaching. Reflective of the department’s commitment to quality education is the fact that four biology faculty have been honored with the Regents Medal for Excellence in Teaching. We strive to combine traditional classroom methods with hands-on practical experience for all of our majors. As much as possible, biology faculty incorporate the Big Island as a “natural laboratory” in their teaching, taking advantage of the island’s diverse ecosystems and unique biogeography. UH Hilo is conveniently located just 45 minutes from Hawaiʻi Volcanoes National Park and five minutes from Hilo Bay.

In addition to teaching, the biology faculty have active research programs that provide opportunities for student involvement not normally afforded undergraduates. Biology faculty research is supported by federal, state, and private agency grants, including three Early Career Development Awards from the National Science Foundation, the foundation’s most prestigious awards for junior faculty. A majority of biology majors gain hands-on experience through directed studies, research assistantships with faculty or federal or state agencies, or through established on-campus programs such as the Minority Biomedical Research Support, PIPES, and Keaholoa STEM.

Biology majors may choose to earn either a Bachelor of Arts (B.A.) or Bachelor of Science (B.S.) degree. Students who choose the B.S. degree may specialize in either the Cellular and Molecular Biology track (C&M) or the Ecology, Evolution, and Conservation Biology track (EECB). The curricula for these tracks are similar in the first two years of study but diverge in upper division course work. The C&M track is ideal for students with interests in biomedical, biotechnology, or molecular fields, and the EECB track is well suited for students with interests in the ecology, evolution, and environmental fields.

Jon Awaya ,
Chair and Professor of the Department of Biology

Our Degrees and Campus

Biology is one of the largest departments at the University of Hawaiʻi at Hilo with faculty expertise encompassing the disciplines of physiology, microbiology, molecular and population genetics, biostatistics, evolution, cell biology, botany, mycology, tropical forest ecology, conservation biology, marine ecology, and ichthyology.

The University of Hawaiʻi at Hilo is characterized as a comprehensive, diverse, regional university. Scholarship and research are an important part of faculty work and student engagement, but the primary focus is on providing high-quality baccalaureate and postgraduate education.

Why Study Biology in Hawaiʻi?

Because of its location on the Island of Hawaiʻi (The Big Island), the University of Hawaiʻi at Hilo, is one of the premier locations within the United States for biological studies. The Hawaiian Islands possess extraordinary variation in climate, elevation, topography, and edaphic factors, as well as a distinctive biota derived from the islands’ extreme geographic isolation (over 2,000 miles from the nearest continental landmass) and unique evolutionary history. As such, the islands represent an unparalleled natural laboratory for the biological and environmental sciences.

Of all the Hawaiian Islands, the Big Island is the youngest and largest and boasts the greatest environmental variation. The island ranges in elevation from sea level to almost 14,000 feet, and average annual rainfall ranges from 250 mm to 6000 mm. Five volcanoes make up the island, including Maunakea, Maunaloa — the largest volcano in the world, and Kīlauea — the most active volcano in the world. Kīlauea’s current eruption of aʻa and pāhoehoe lavas, cinder, and ash, which began in 1983, has covered well over 100 square kilometers of land surface. This extraordinary variation in climate, elevation, and age and type of substrate creates a matrix of environmental conditions on which Hawaiʻi’s ecosystems are found. Within the tropical environment of the Big Island one can find desert, dry forest, rain forest, mesic forest, cloud forest, sub-alpine shrub land, and alpine habitats in various stages of primary and secondary succession. Ecological studies done along these incredible environmental gradients are often used as textbook examples. On the Big Island, one has the chance to see these famous examples in person.

In addition to its terrestrial diversity, the Big Island features more than 320 miles of coastline, harboring a diverse array of habitats from black, white, and green sandy beaches to estuaries, tide pools, scenic cliffs, anchialine ponds, introduced mangrove forests, and pristine coral reefs. Within a few miles of shore, the sea bottom plunges to depths of thousands of feet, affording biological oceanographers easy access to deep-sea ecosystems. The Native Hawaiians in their Ahupuaʻa, land management and tenure system, implicitly recognized the value of this biological and landscape diversity. Land was managed in swaths from mountain to sea, shaped with an understanding that different activities occurred in Mushrooms are common in the wet forests different ecological and climatic zones.

Hawaiʻi has long been recognized as a critical site for studies of global environmental change. The Hawaiian Islands represent some of the most recently colonized areas of the globe, having been discovered by the Polynesians less than 2000 years ago and by the Europeans in 1778. Hawaiʻi’s extreme geographic isolation from regions of high population density has allowed the archipelago to remain relatively unpolluted, a fact that led to the atmospheric monitoring on Mauna Loa beginning in 1956. Hawaiʻi is the leader in atmospheric gas research; the infamous diagram showing increases in carbon dioxide worldwide over the last fifty years originated at the Mauna Loa Observatory, where this study continues today.

As the most isolated landmass on Earth, Hawaiʻi is truly unique in its flora and fauna, boasting remarkable examples of adaptive radiation and a tremendous degree of endemism. Examples often cited in evolution textbooks include the Hawaiian silversword alliance, fruit flies, and the honeycreeper birds. About 90% of the biota in Hawaiʻi are endemic, and the archipelago is recognized worldwide as a biodiversity hotspot. Unfortunately, the native biota is highly threatened by habitat loss, invasion by non-native species, pollution, and anthropogenic disturbance. Consequently, Hawaiʻi is recognized as first among the states in the number of endangered species and is renowned as a vital area for conservation efforts. 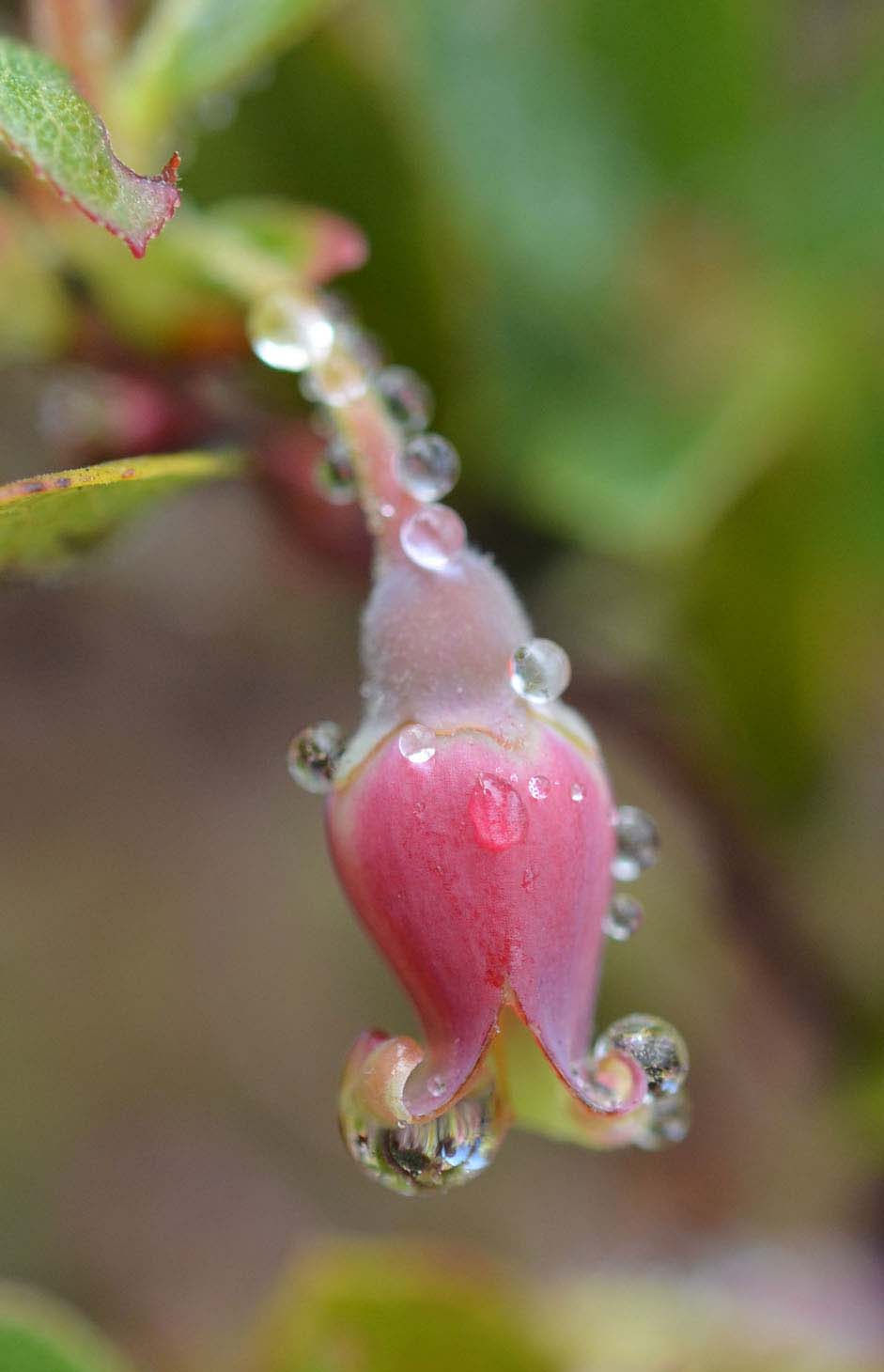 A flower of ʻōhelo (Vaccinium reticulatum) is covered in dew. 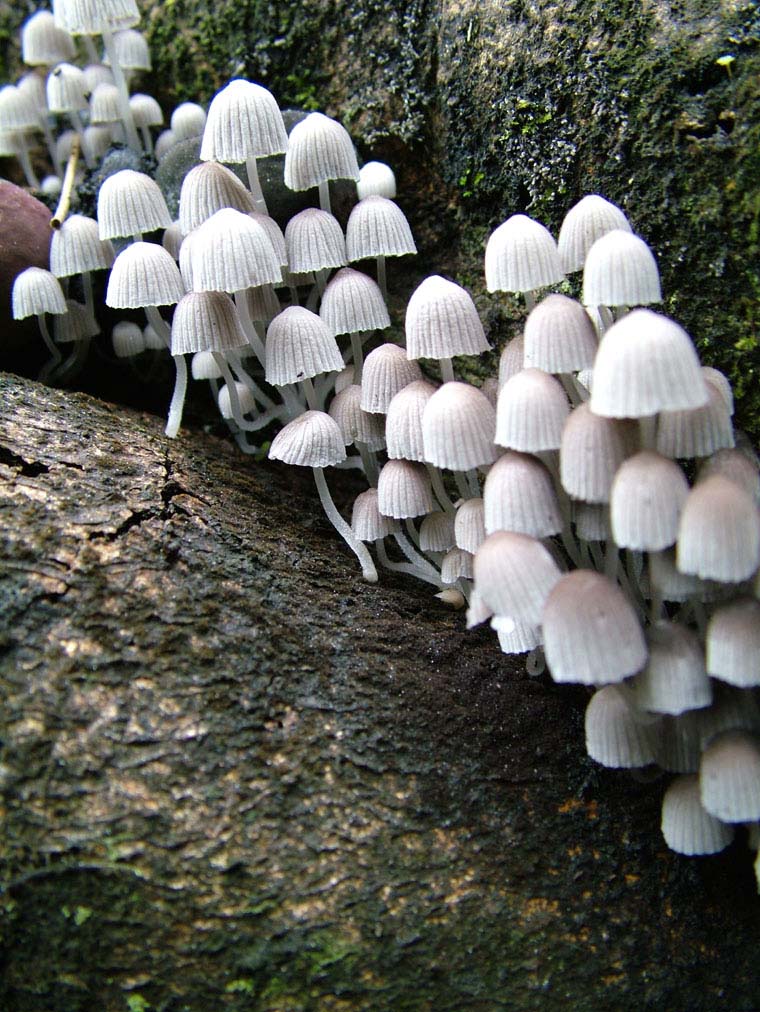 Mushrooms are common in Hawaiʻi’s many rainforests.

Student Experiences in Our Programs

Students learn in and out of the classroom, on and off campus, applied learning experiences and career placement.

Our Faculty and Staff

We are your academic ʻohana. We teach the vast majority of courses, using best practices from education research. We have active research projects that provide hands-on opportunities for students.

The Biology Club is open to all UH Hilo and Hawaiʻi CC students interested in working alongside colleagues in outdoor and service activities loosely related to biology. Interested non-students are also invited to join. Regular events include species eradications at Volcano National Park, outplanting native plant species at Bird Park, bird-watch hikes along Puʻueo Trail, regular beach clean-ups, and joining Dr. Hemmes for garden work or mushroom hunting! Great collaborative resources for the club include the Forest TEAM Program at Hawaiʻi CC and the staff at Volcano National Park.

Sign up for any of our upcoming Biology Club Excursions. 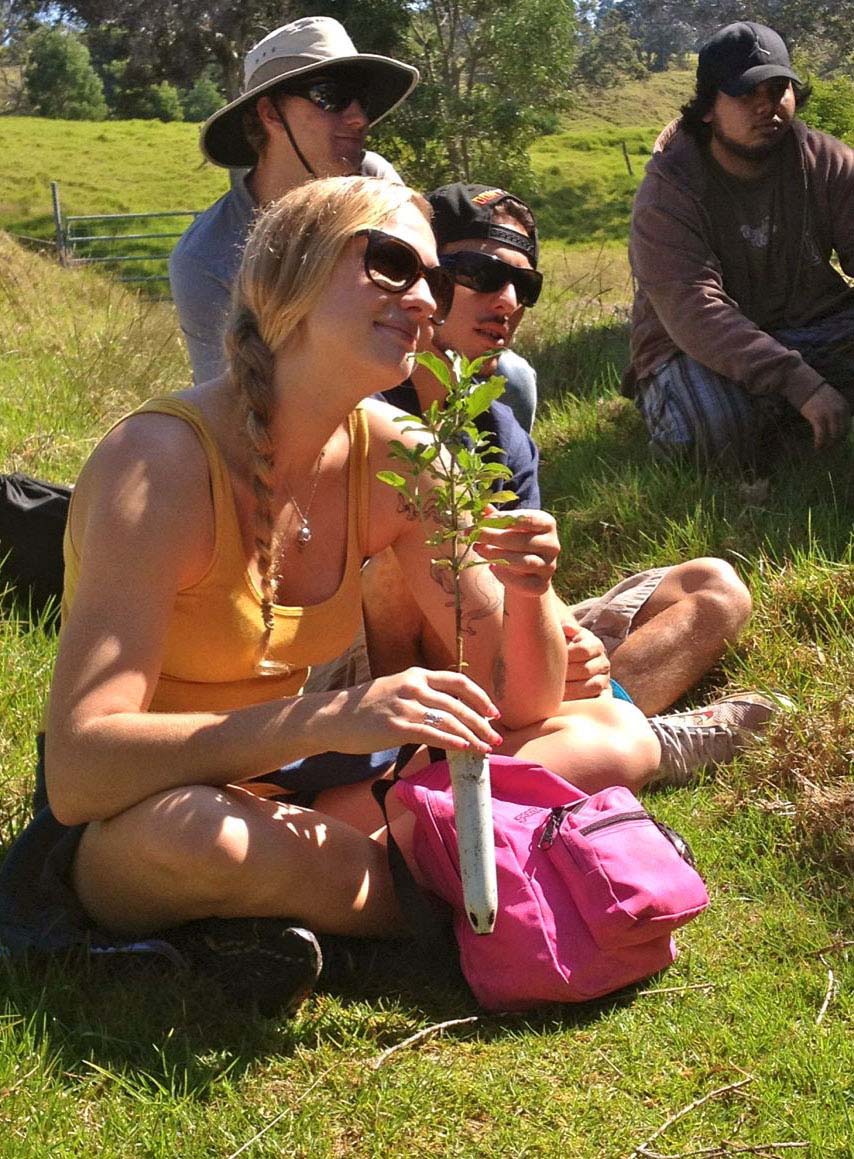 Please contact us for more information, a site visit, or a Zoom meeting.

Biology Department in the phone directory

is a member of College of Natural and Health Sciences (CNHS)