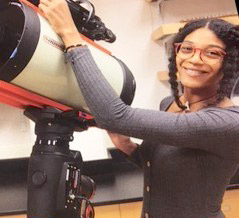 It has long been believed that the moon is dry, and no water exists on the lunar surface. Samples returned from the Apollo missions contain evidence of water at the ppm level in lunar soils. Recent observations made with three spacecraft have also detected hydroxyl and molecular water absorption features near 3-μm on the lunar surface. The origins of the features are currently theorized to be hydrogen capture from solar wind implantation, the delivery of cometary or asteroidal water, and/or endogenous sources. Although the spacecraft detections are accurate, each space craft is limited.

Data from Cassini and Deep Impact are limited in spatial resolution, global coverage and lunar time of day. The Moon Minerology Mapper (M3) that is on board Chandryaan-1 has a high spatial resolution, but only covers the wavelength region up to the 3-μm band. To confirm the detection of OH and/or H2O. The SpeX infrared cross-dispersed spectrograph at the Infrared Telescope Facility (IRTF) was used to obtain lunar data from 1.67-4.2 μm at 1-2 km spatial resolution. After reduction of the spectra, the Near-Earth Asteroid Thermal Model (NEATM) was applied to remove the thermal excess in the spectrum, so analysis of the reflective component can reveal any hydroxyl and molecular water features at the 3-μm band. Data reduction and calibrations were performed using Spextool software provided by IRTF. 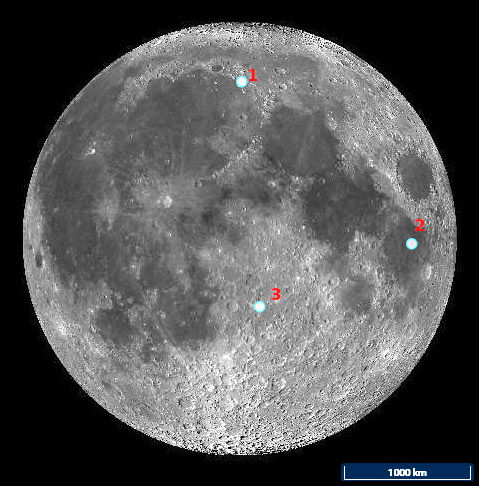 To remove atmospheric absorptions from the spectra, observations of a solar-like star at similar atmospheric path lengths as the lunar observations were obtained. Several thermal models have been theorized to accurately remove the thermal component of lunar spectra. However, there is currently debate on the removal of thermal radiation, and analysis of data has led to strikingly different conclusions. The Standard Thermal Model (STM) assumes that no thermal emission arises on the night side of the object, and an idealized nonrotating spherical object at 0° phase angle with a temperature distribution decreasing from the maximum at the subsolar point to zero at the terminator.

Being an extension of the STM, the NEATM uses the beaming parameter as a calibration constant, in which it is varied until the best fit to the dataset is found. The solar phase angle is also considered by calculating the thermal flux an observer would detect from the illuminated portion of a smooth sphere visible at a given solar phase angle, instead of using a fixed phase coefficient as done in the standard model.

Data were used from three different regions: Montes Alpes, Airy Swirl, and the sub-solar point. The NEATM was applied to each region. Overall further corrections and analysis must be done before conclusions can be made regarding 3-μm absorption features. However preliminary analysis shows a lack of a feature at the 3-μm band. The result, especially when referencing the sub solar point, is not consistent with the results of Bandfield et al. (2018). 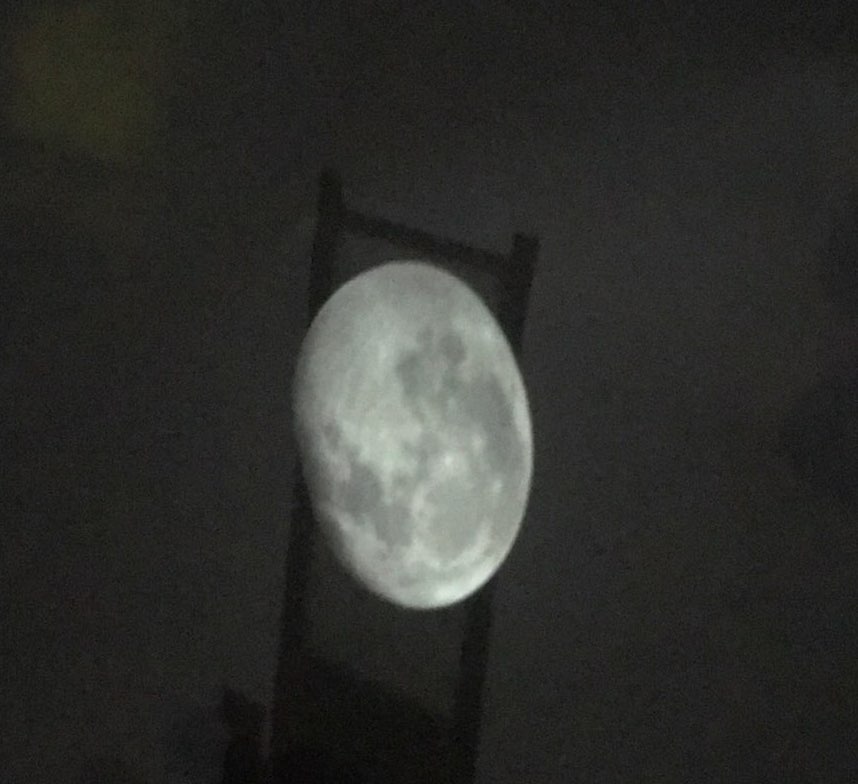 Moon closeup "I have an 8inch SCT that i have been becoming familiar with over the summer. I enjoy all forms of stargazing but Solar System objects really stick out as amazing things to view. Seeing a rocky world hanging in the sky is immediately appreciable without needing to explain much compared to something more abstract like Star clusters and faint nebula. Those later objects also require more powerful telescopes while something like the moon can already be enjoyed by the naked eye. While I do a lot of stargazing, It's normally at public events (pre-covid) or high on the mountain, so my family does not often join me. I was having dinner with my parents and siblings when the sky got super clear in Kona for what felt like the first time in months. I happened to have my telescope on hand and quickly set it up in the drive way. It was a pretty special evening because my youngest siblings had never actually seen through any telescopes before. everyone at the house got to see Saturn's rings and Jupiter alongside it's moons, and of course our own moon at it's fullest phase. 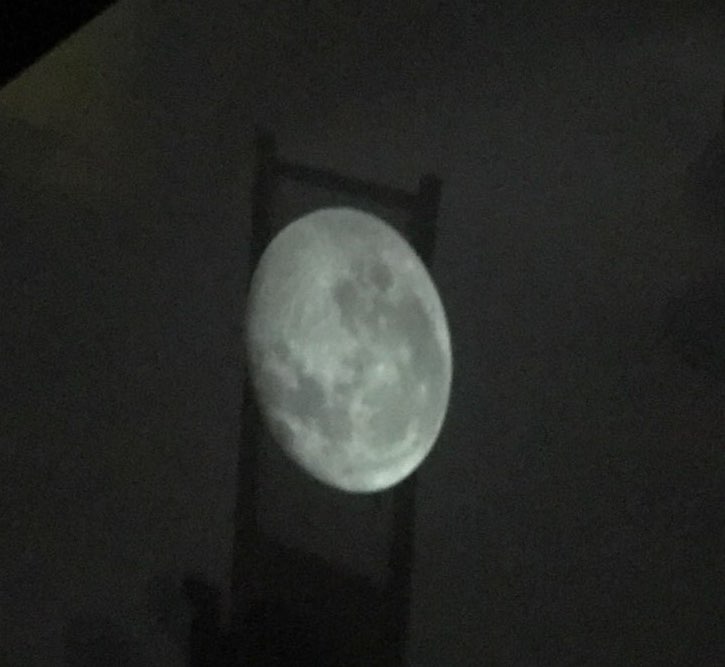 Moon closeup We were getting rather impatient with taking turns to look, especially since I had to constantly check to make sure everything stayed in position. I remembered a trick people used to see Sunspots by projecting the sun onto a background rather than looking directly at it. Looking it up later I found it was called "pinhole projecting". The moon was bright enough that I thought I'd just give it a go and my brother held a piece of printer paper up to the eyepiece. No one really expected anything other than a white blob, so when we focused the telescope everyone was surprised to see a very crisp almost perfect image of the moon on the paper. It made taking a photo much easier than holding the phone to the eyepiece and everyone got to look at the moon at the same time. For some in the most detail they'd ever seen up to that point. My general attitude about the whole event was pretty positive. Sharing views of the sky is a really rewarding feeling and getting to include my family was a great accomplishment. My youngest brother had little patience for looking at things but i felt that my brother in middle school took to it well and hopefully sparked more interest in his science classes. Getting to show my parents and seeing them enjoy the experience was very rewarding. Their interest in space has played a big impact on my interest and events like this one was also very impactful when I was younger. "