After a two-year hiatus, UH Hilo’s International Nights returned with students sharing song and dance of their homelands. There were also some peaceful statements made about cultural identity and war.

Celebrating an annual tradition that was put on hold for two years during the pandemic, the University of Hawai‘i at Hilo presented a scaled-down version of International Nights in a one-night event at the Campus Center Plaza on March 24. Featured were international student dancers representing Japan, Palau, Papua New Guinea and Melanesia, Marshall Islands, and Samoa.

Traditionally, International Nights, produced by the UH Hilo International Student Association, is an annual two-night show held at the Performing Arts Center. After a two-year hiatus during covid restrictions, performers put on a smaller show this year at the open-air plaza at the center of campus to share the songs and dances of their homelands, continuing the tradition of UH Hilo’s international students sharing their cultures.

There were also brief and peaceful displays of international politics at this particular event: a member of the audience displayed a replica of the Ukrainian flag in solidarity with the Ukrainian people who are currently suffering a brutal invasion by the Russian military, and students held up signs following the dances of Papua New Guinea to express their feelings about the identity of their homeland. 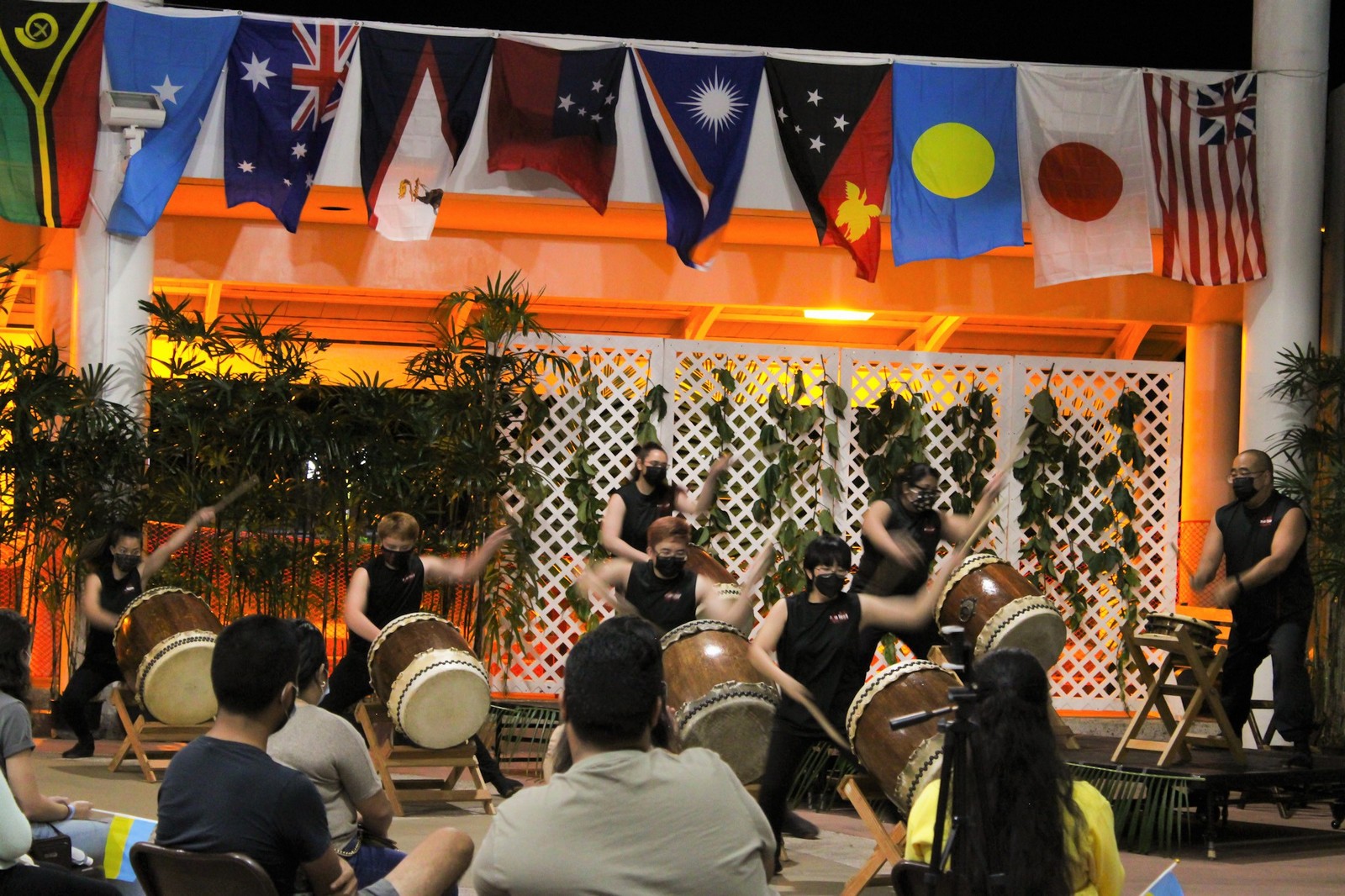 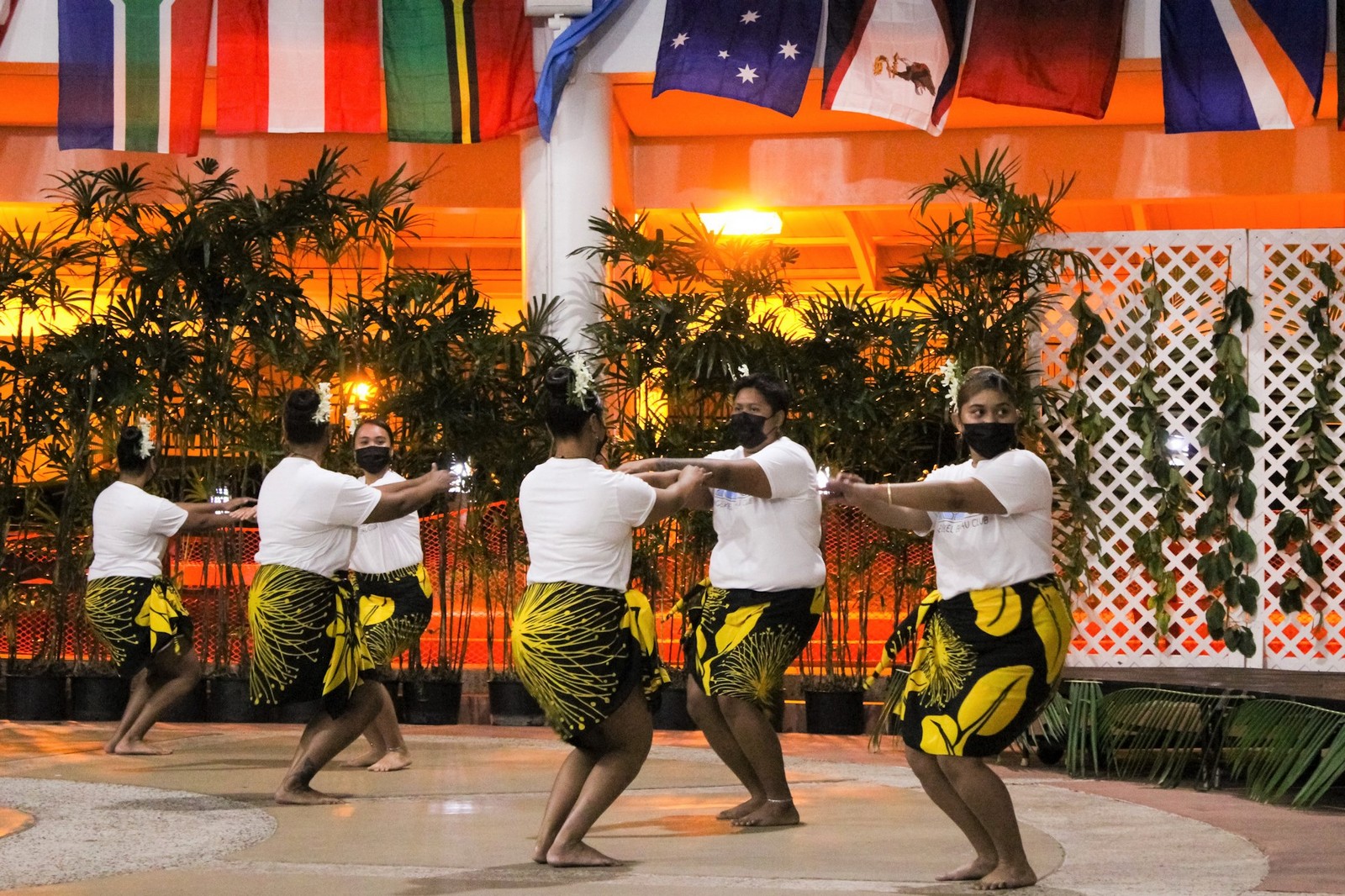 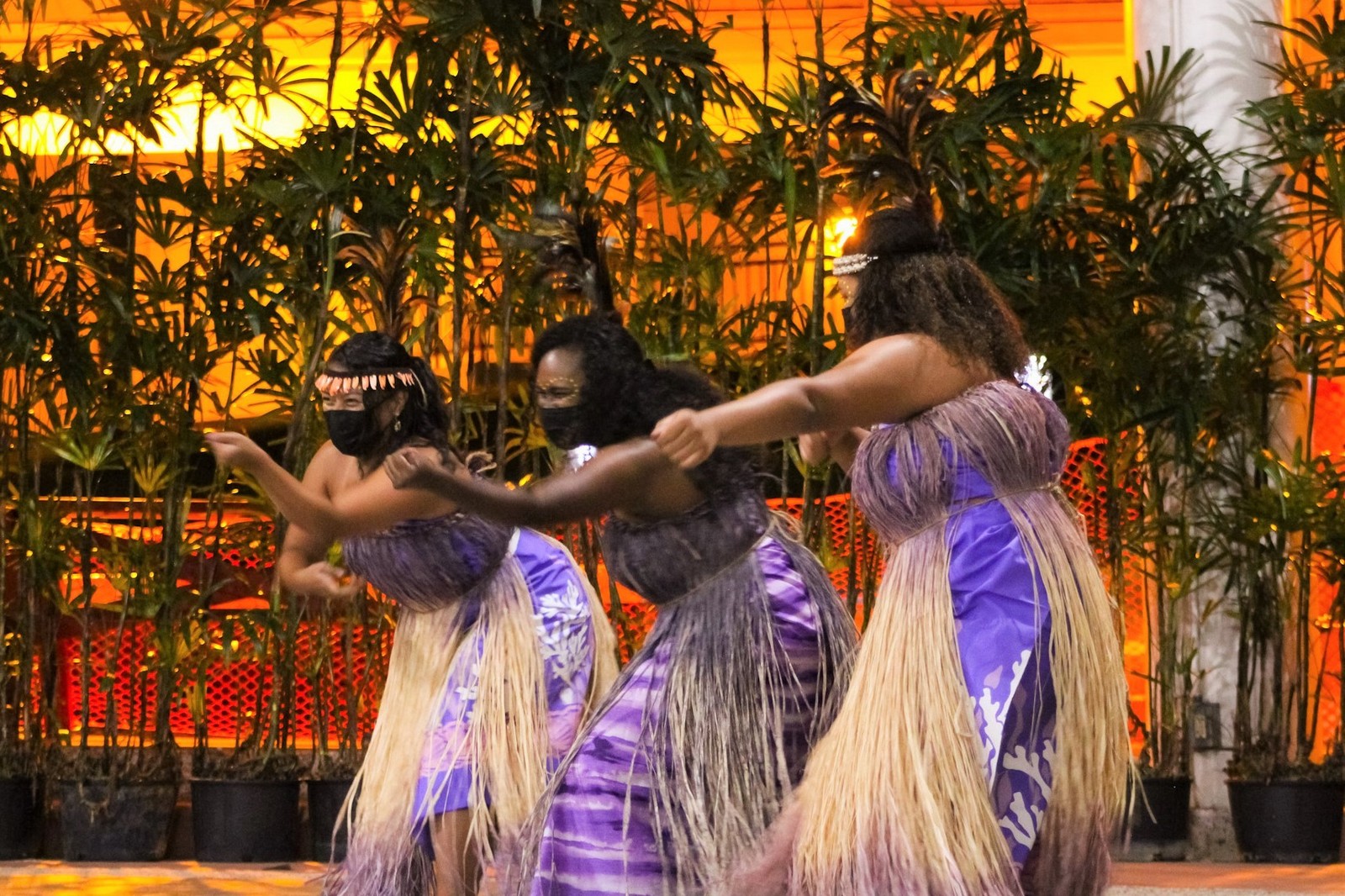 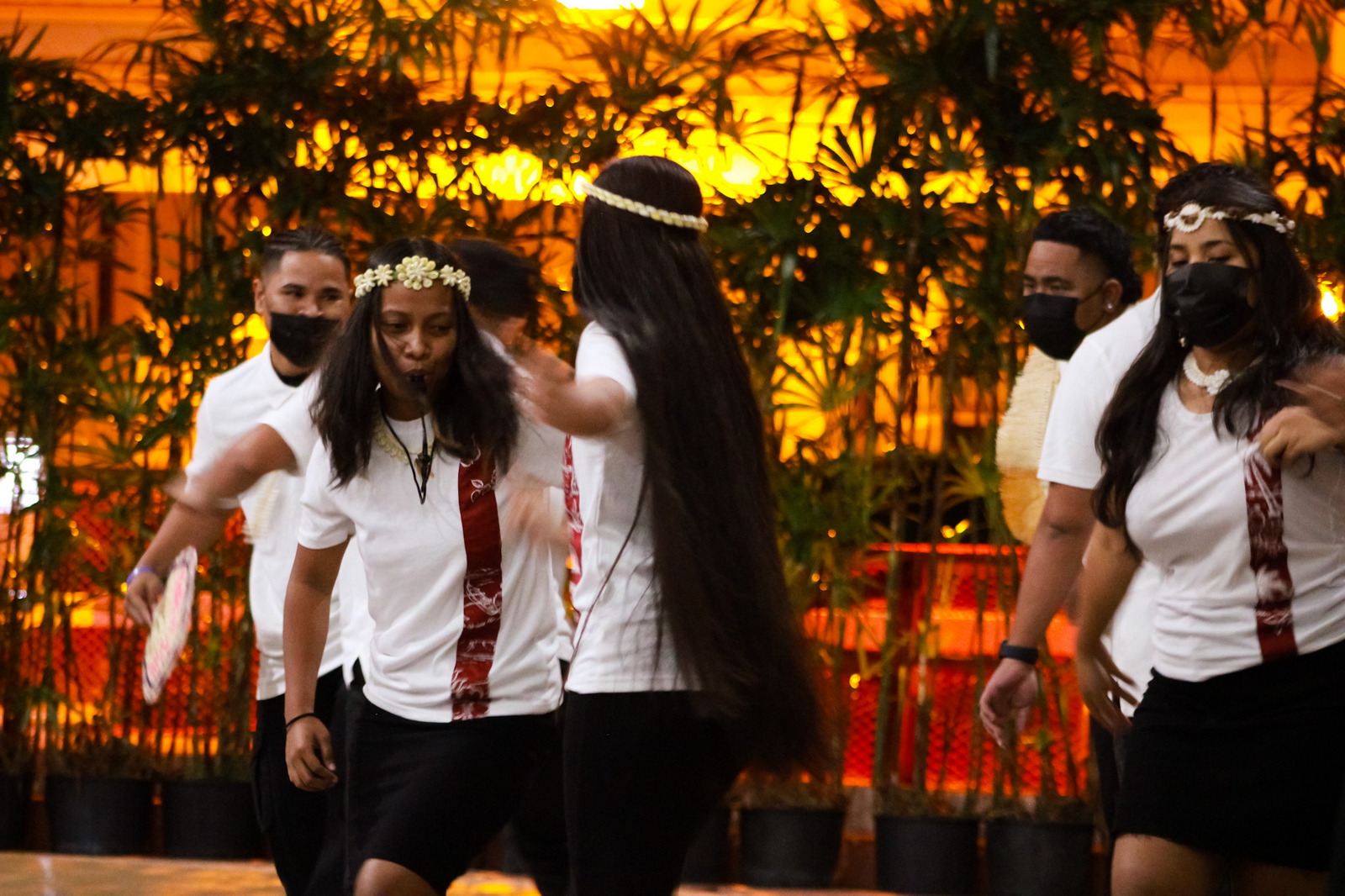 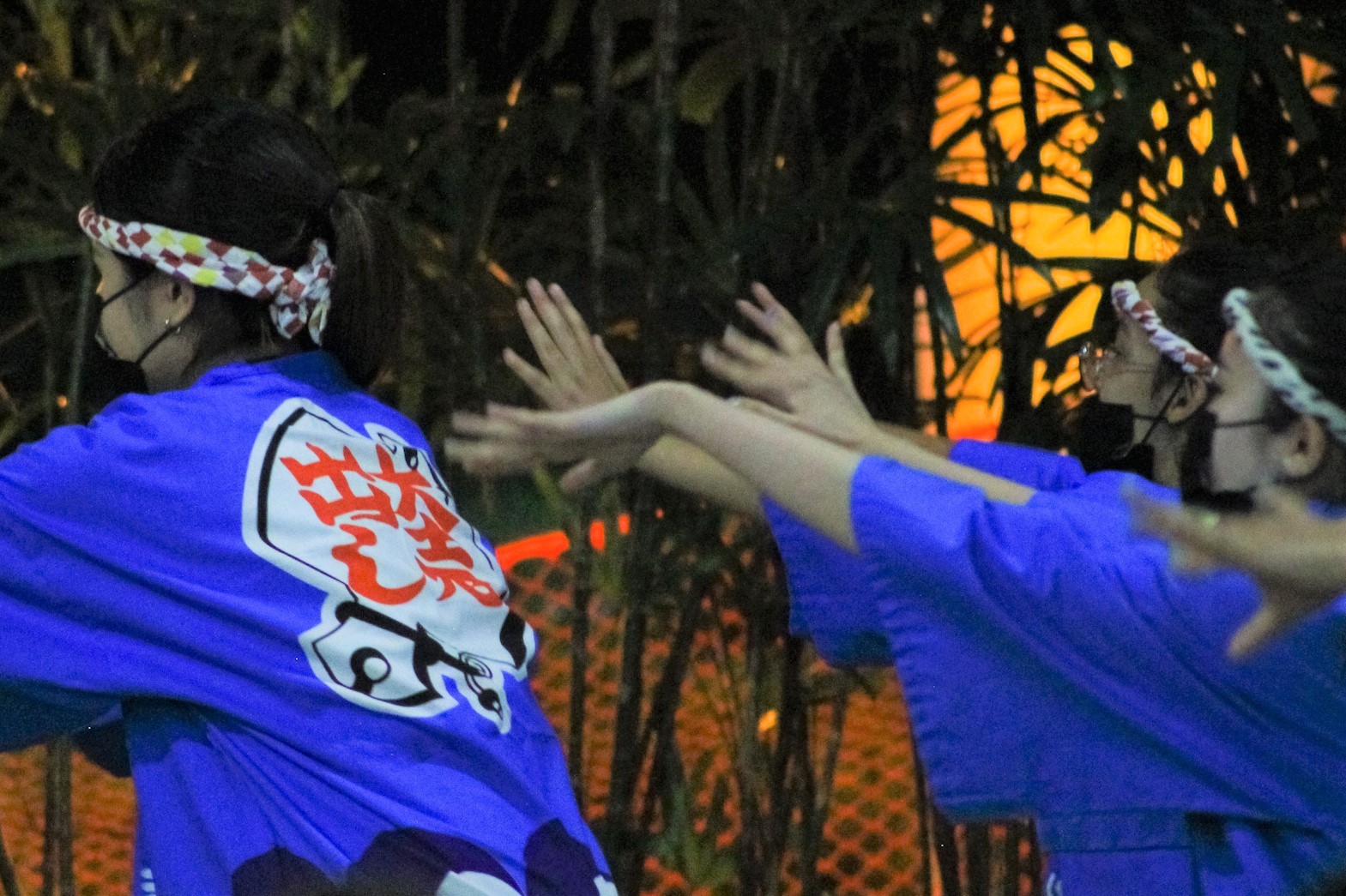 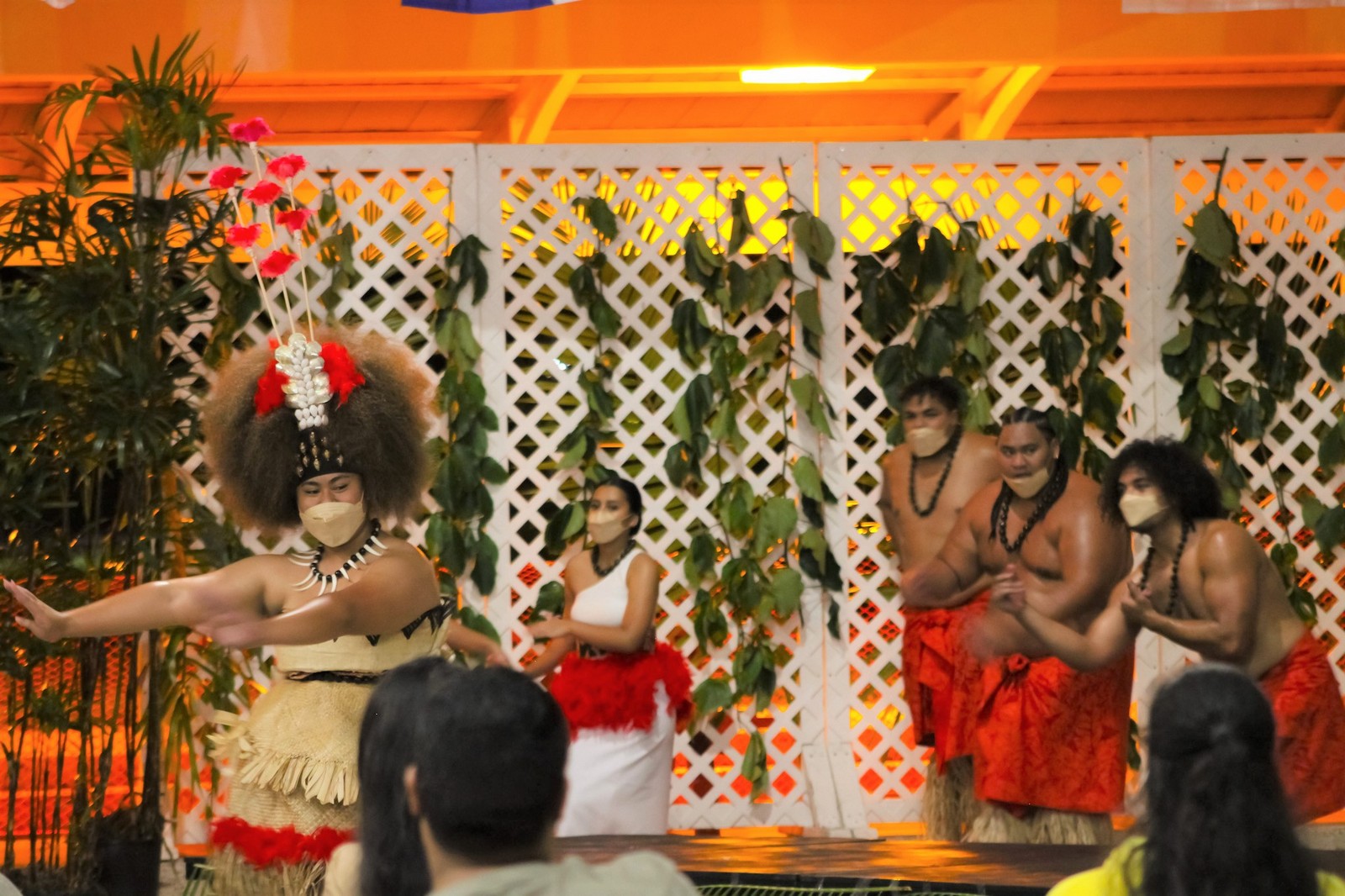 Photos by Kirsten Aoyagi, a communication major at UH Hilo.