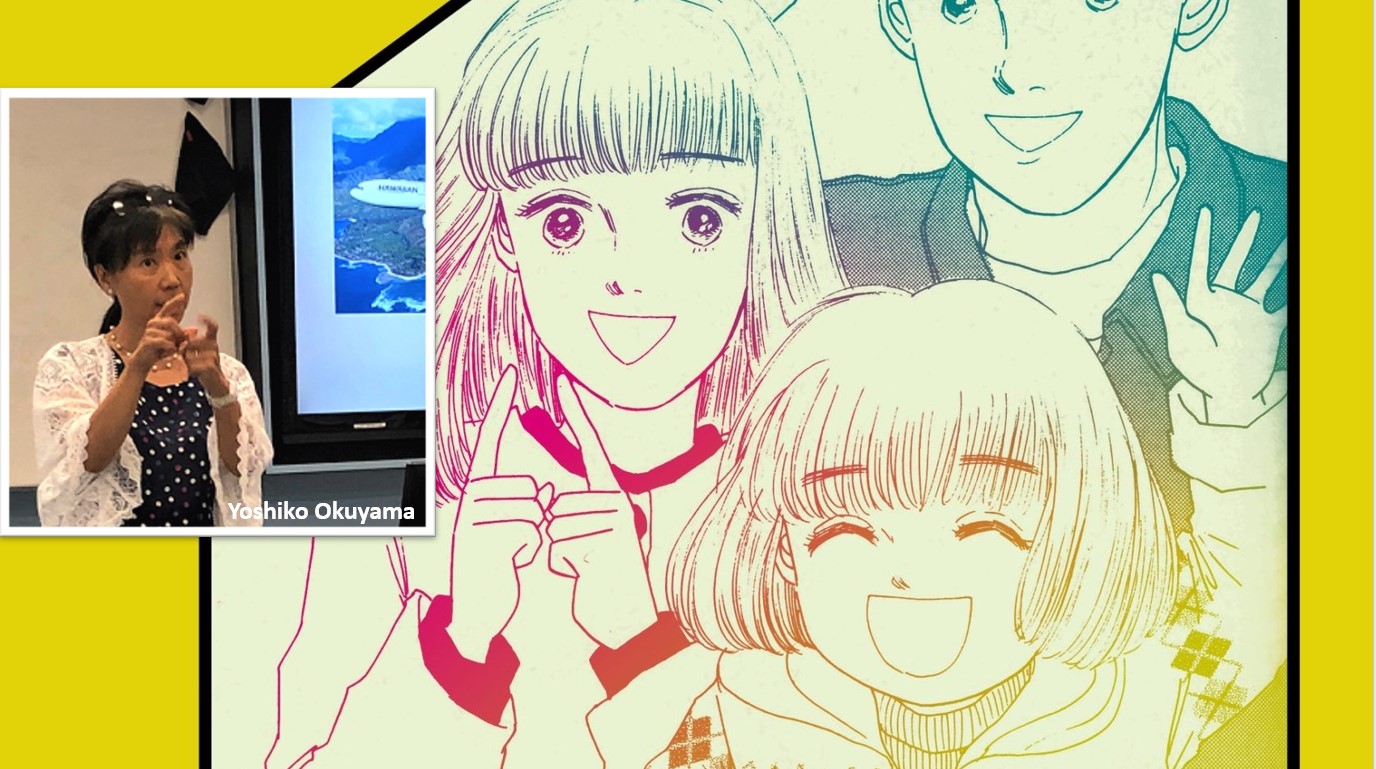 A professor of Japanese studies at the University of Hawai‘i at Hilo, who has authored a book analyzing how characters with disabilities are represented in Japanese graphic novels known as manga, has been asked by Cornell University to give a talk on the subject on Oct. 18.

Reframing Disability in Manga (University of Hawaii Press, 2020) is Yoshiko Okuyama’s second published book supported by research and grant awards related to disability studies. In the book, she focuses on several representative conditions of disabilities, including Asperger’s syndrome and visual impairments, as depicted in manga, a style of graphic novels originating from Japan.

“Informed by numerous interviews with manga authors and disability activists, [the book] reveals positive messages of diversity embedded in manga and argues that greater awareness of disability in Japan in the last two decades is due in part to the popularity of these works, the accessibility of the medium, and the authentic stories they tell,” says Okuyama.

Okuyama is now teaching a course on gender and disability in manga.

“It’s a writing intensive course in which my students read manga, Japanese comics, that feature gender and disability issues with authenticity,” says Okuyama. “They discuss the assigned manga using semiotics as an analysis method and explore the topic of gender or disability addressed in the comics from a sociocultural perspective.”

The course will be offered in spring 2022 as well.

Okuyama has been invited by the Cornell University’s East Asia Program to give a virtual talk on the subject of manga’s portrayals of deaf characters. Cornell has hired certified American Sign Language interpreters at Prof. Okuyama’s request, and program organizers says it’s their first bilingual lecture.

Prof. Okuyama will discuss her book Reframing Disability in Manga, which she wrote after interviewing manga artists, conducting archival research, and visiting events and organizations serving disability communities in Japan as a Japan Foundation fellow.

Focusing on the book’s chapter on the deaf community in Japan, she will discuss their representation in manga using comic examples such as A Silent Voice (Koe no katachi) while sharing manga images and anecdotes she did not include in her book. She will conclude with a discussion of emerging issues as the pandemic continues to impact disability communities in Japan.

Susan Enright is a public information specialist for the Office of the Chancellor and editor of UH Hilo Stories. She received her bachelor of arts in English and certificate in women’s studies from UH Hilo.