The Tea Ceremony or Chado was hosted by a class studying East Asian history, culture, and civilization including East Asian Zen Buddhism and the development of tea culture and tea ceremony.

Members of Shoro-an, the Hilo Tea House at Lili‘uokalani Gardens, performed a traditional Tea Ceremony or Chado at the University of Hawaii at Hilo on March 8.

The ceremony was hosted by an introductory class to Japanese and Chinese studies (LANG 200). Yoshiko Fukushima, professor of performance studies and languages, is the instructor of the course. The class is studying East Asian history, culture, and civilization including East Asian Zen Buddhism and the development of tea culture and tea ceremony.

The name of the group that performed the ceremony is the Urasenke Tankokai Hilo Association. Six members attended:

The Urasenke Tankokai Hilo Association was organized in 1971 in Hilo. Teachings and practices are done at the Tea Ceremony House named “Shoro-an” (Pine Ocean House), which is located on Banyan Drive, on the grounds of the Lili‘uokalani Gardens at Hilo Bay.

According to a Hilo Tea House pamphlet, Chado is the Japanese “Way of Tea.” It is a “ritual that features preparing a bowl of tea and serving it to a guest. Served with a respectful heart and received with gratitude, a bowl of tea satisfies both physical and spiritual thirst.” 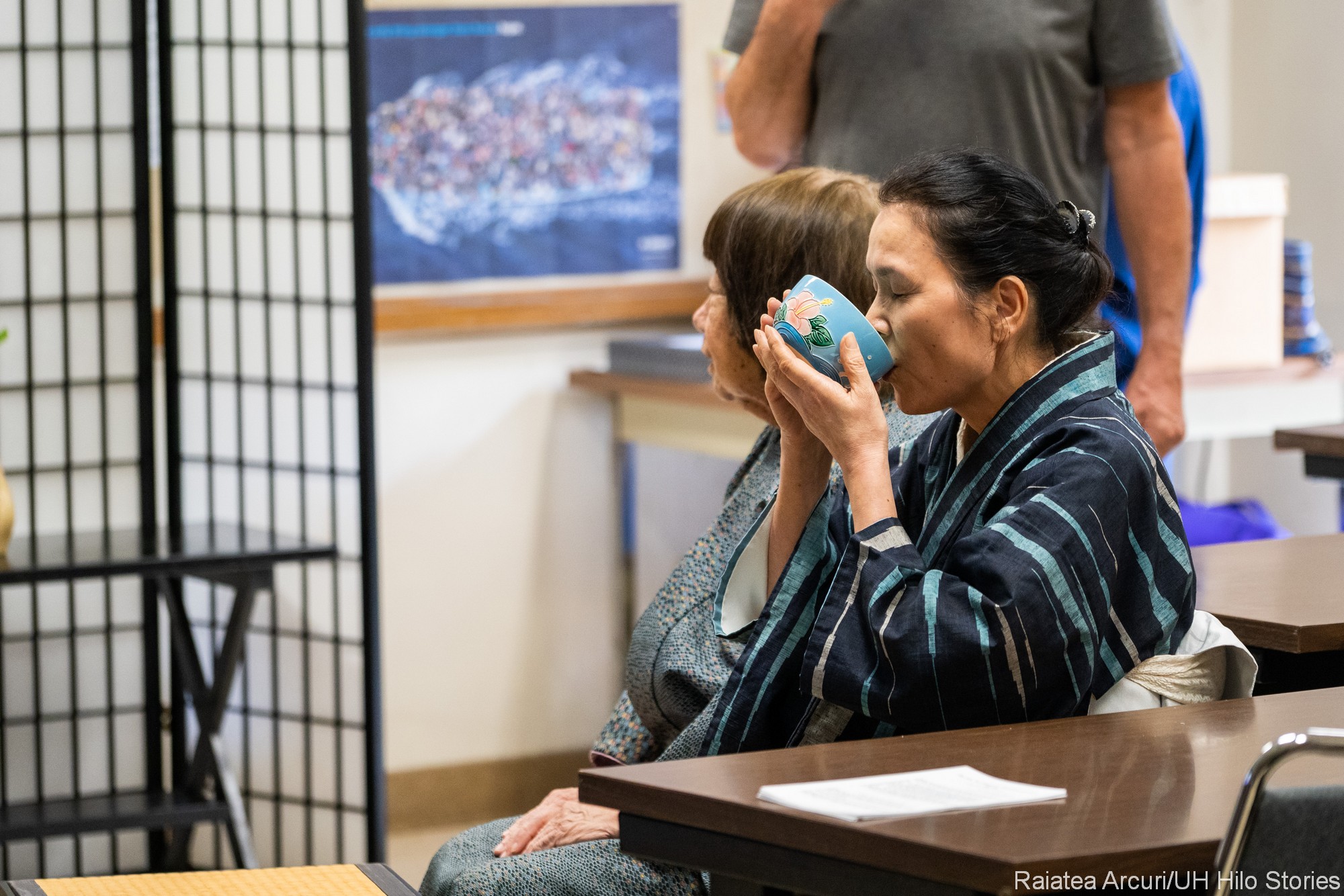 Photos by Raiatea Arcuri, a professional photographer majoring in business at UH Hilo. Visit his website at raiphoto.com.