Colorful mermaids, unicorns, angels, centaurs, dragons, Pegasus, a gargoyle and Medusa are adorning the branches of the lighted seven-foot tree in the ‘Imiloa atrium, on display into January. 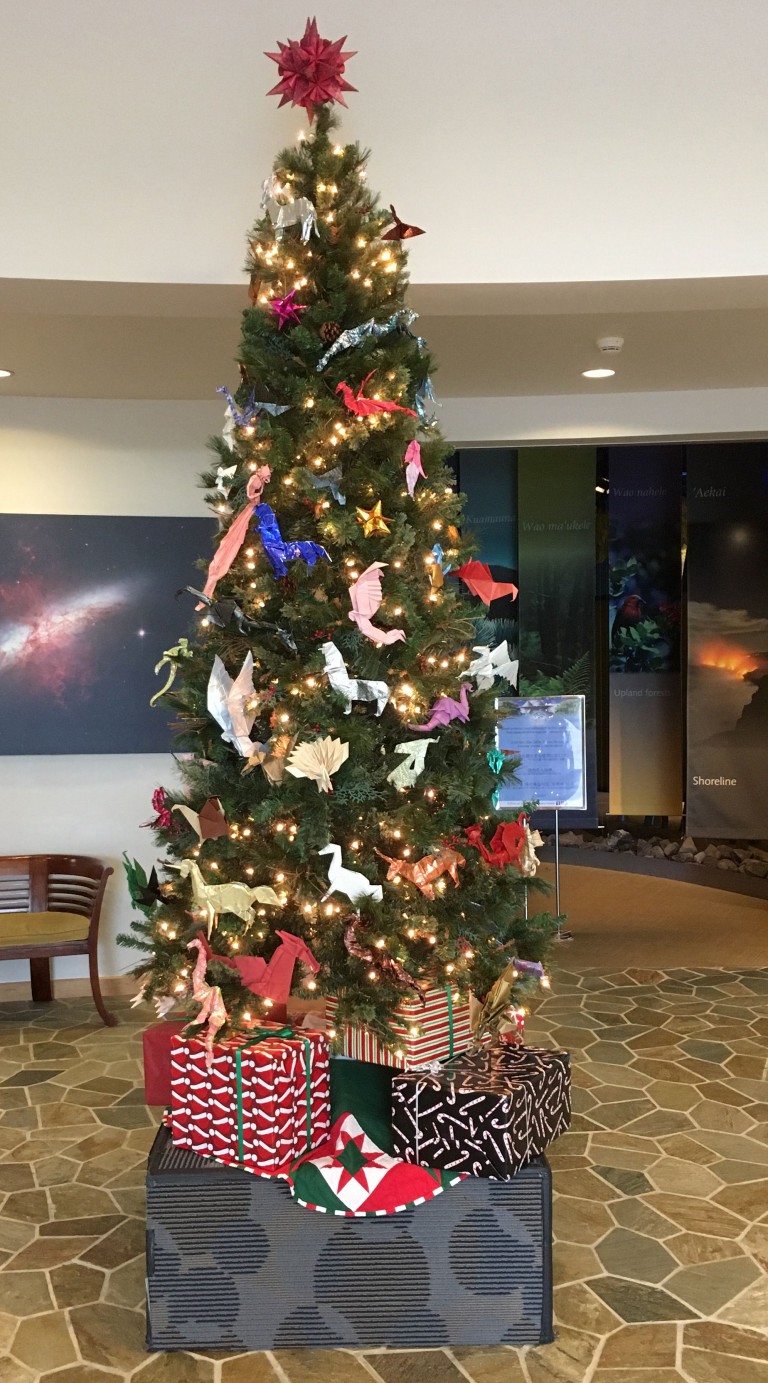 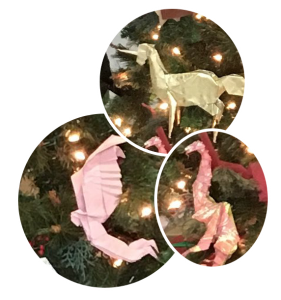 Colorful mermaids, unicorns, angels, centaurs, Pegasus, dragons, a gargoyle and Medusa are adorning the branches of the lighted seven-foot tree in the ‘Imiloa atrium. Topping the tree is a dramatic red Kusudama star folded especially for ‘Imiloa by Julien Lozi, senior optical scientist at Subaru Telescope.

The intricately folded fantastic creatures are part of an origami collection generously donated to ‘Imiloa two years ago by Al Miyatake, who passed away in March. This year’s tree at ‘Imiloa is dedicated to him.

Born and raised in Hawai‘i, Miyatake was a longtime Japan Airlines manager who for many years created an annual origami holiday tree at the airline’s check-in counter at Kona International Airport. Assisting in his efforts were his mother-in-law, Kyoko Kondo, and many talented friends from Origami USA, the New York-based national origami society that organizes volunteer folders to decorate the tree which has become a nearly 50-year holiday tradition at the American Museum of Natural History.

‘Imiloa’s tree will be on display into January.

The ‘Imiloa Astronomy Center of Hawai‘i is an outreach center on the University of Hawai‘i at Hilo campus with an exhibit hall showcasing the nexus of astronomy and Hawaiian culture. Visitors also enjoy a full dome planetarium and nine acres of native gardens. Open to the public, the center welcomes 100,000 visitors a year, including 10,000 schoolchildren on guided field trips.

‘Imiloa is located at the UH Hilo University Park of Science and Technology, 600 ‘Imiloa Place, Hilo.