A flag display has been set up at UH Hilo to give viewers a visual of national assault statistics if applied to the UH Hilo student population.

April is National Sexual Assault Awareness Month and as part of related events at the University of Hawai‘i at Hilo, a flag display has been set up on the lawn outside the University Classroom Building to give viewers a visual of national assault statistics if applied to the UH Hilo student population.

“Although much of the UH Hilo community may know the statistics surrounding sexual assault, we feel a visual display can also be quite effective in getting the message across,” says Destiny Rodriguez, a Title IX/VAWA educator and confidential advocate at the UH Hilo Office of Equal Opportunity (OEO).

For the display, national statistics were applied to the population of UH Hilo students to arrive at possible statistics within that population. The national numbers are alarming.

Based on these statistics and the number of women and men enrolled at UH Hilo this semester, Rodriguez calculated how many men, women and LGBTQ+ individuals may have been or may be sexually assaulted while in college.

“Although these numbers are alarming, and not specified in the display, it is important to be aware that 427 women, 86 men, and 139 LGBTQ+ individuals could be or have been sexually assaulted while in college,” she explains. “The display indicates these categories by using teal, blue, and purple flags representing women, men and LGBTQ+ individuals, respectively.”

Amy Gregg, advisor and instructor of the UH Hilo Gender and Women’s Studies Program, sent Rodriguez an email (cc’d to the university community) thanking her for the display.

“Thank you for the very effective display of sexual assault statistics via the colored flags in the grass by UCB,” writes Gregg in the email. “This is a moving and sobering tribute. Thank you for bringing awareness to this important topic, and for all the work you are doing as an educator and confidential advocate in the OEO office. I’m proud of how you are putting your Gender & Women’s Studies major from UH Hilo to work for social justice!” 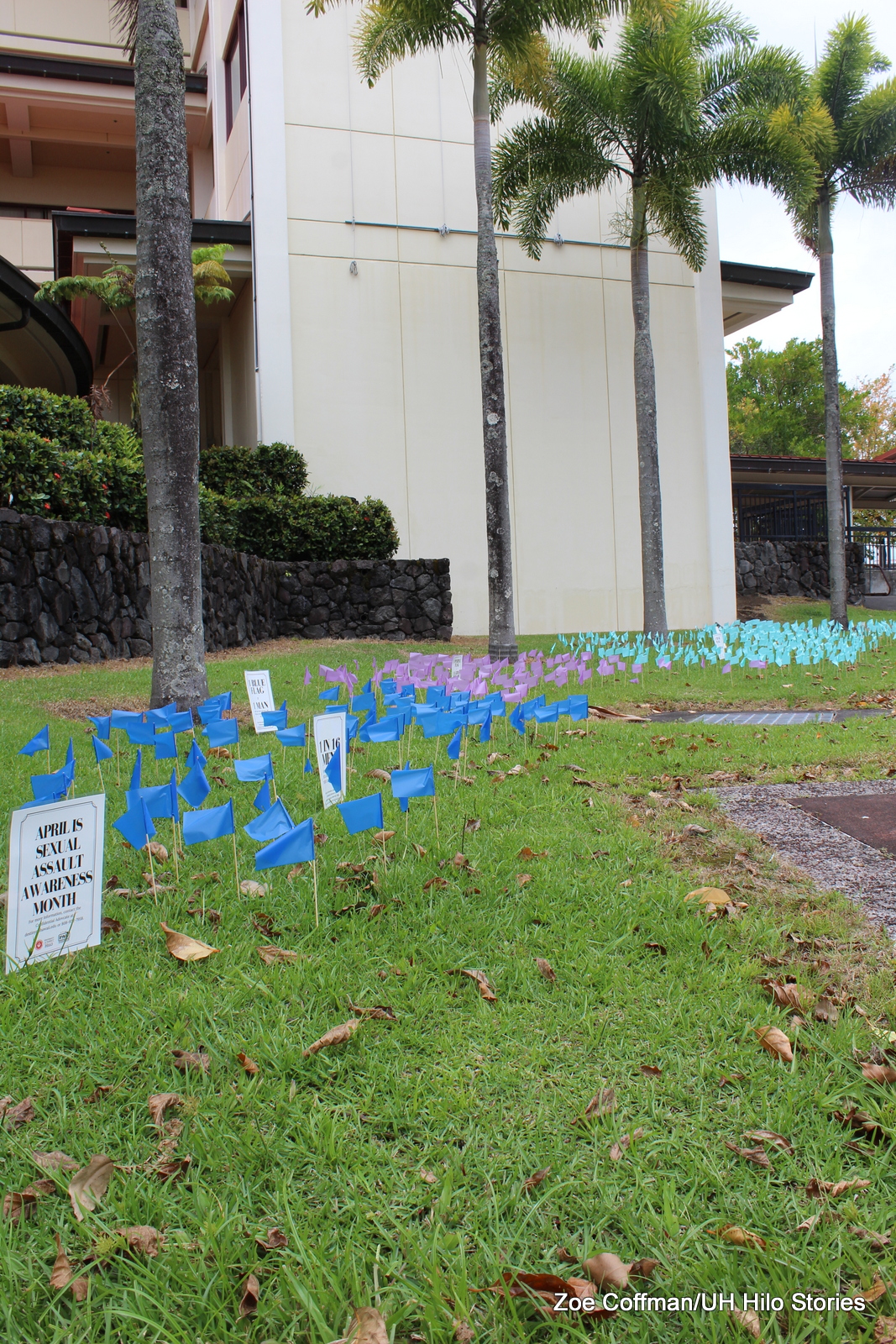