The Flash Mob Dance, done by groups around the world, is part of the The One Billion Rising (1BR) movement, the biggest mass action to end violence against women in human history.

A Flash Mob Dance designed to create awareness about violence against women was held at the University of Hawai‘i at Hilo’s Campus Center Plaza on Wednesday.

The dance was part of a trilogy of events at UH Hilo in observance of V-Day, the global movement designed to end violence against women and girls. In addition to the flash mob dance, events at UH Hilo includeselected readings from “A Memory, A Monologue, A Rant and A Prayer (MMRP): Writings To Stop Violence Against Women and Girls” and a presentation of The Vagina Monologues, which will mark its 14th showing in Hilo.

The Flash Mob Dance, done by groups around the world, is part of the The One Billion Rising (1BR) movement:

One Billion Rising is the biggest mass action to end violence against women in human history. The campaign, launched on Valentine’s Day 2012, began as a call to action based on the staggering statistic that one in three women on the planet will be beaten or raped during her lifetime. With the world population at seven billion, this adds up to more than one billion women and girls.

Throughout the first three years of One Billion Rising, activists have used “Break The Chain” (flash mob dance) as an integral and creative aspect of their Rising events. As the campaign’s anthem the lyrics and the signature moves brought over one billion people together to rise and dance. It serves to express the call for global solidarity to end violence against women.

This is the fifth year that the 1BR Flash Mob Dance was held at UH Hilo. 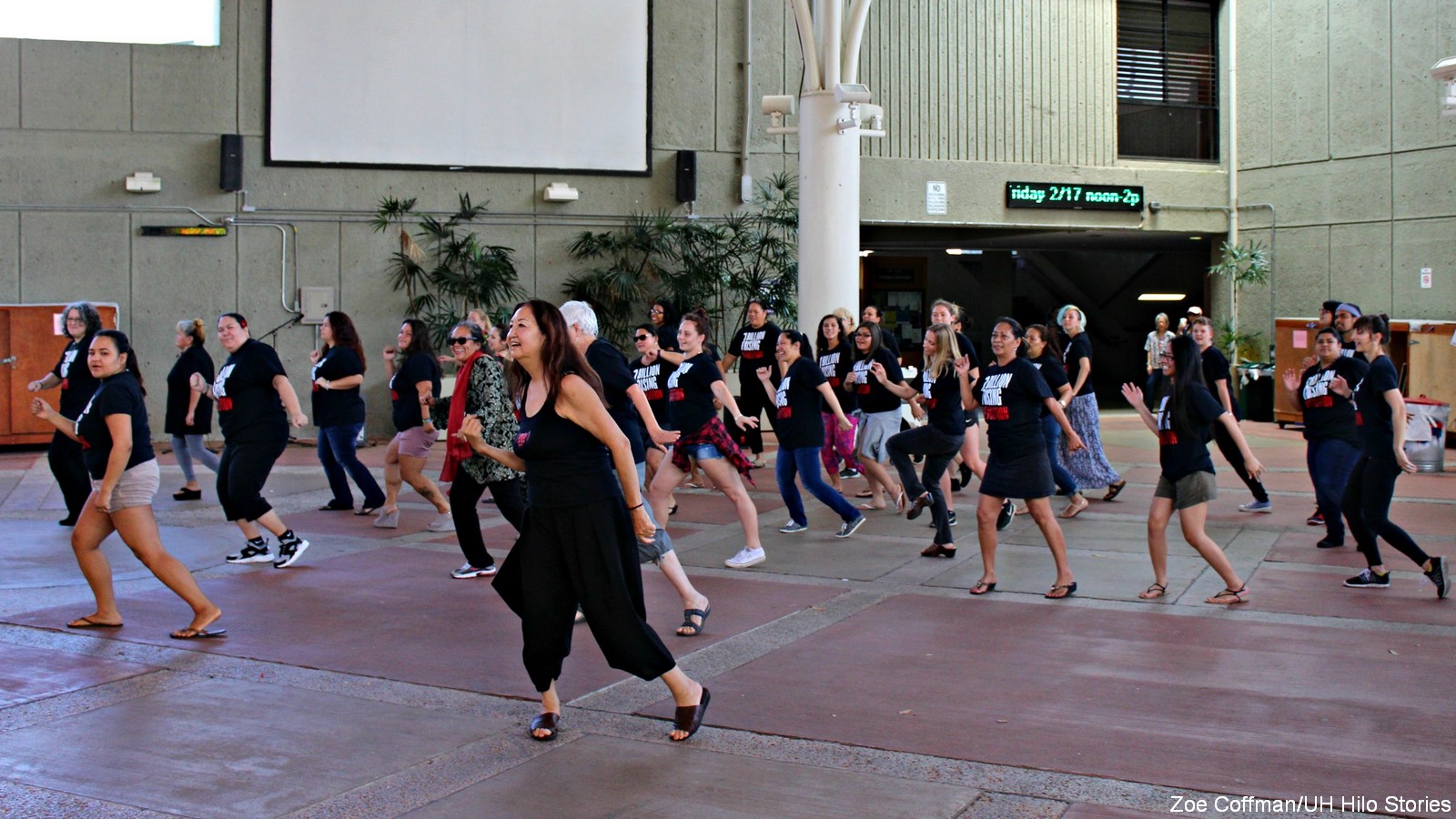 UH Hilo has an immensely successful 2019-2020 year, filled with accomplishments, accolades, milestones, and celebrations! Highlights in the university’s 2019-2020 Annual Report.