Science Olympiads focus on developing both interest and skills in the four STEM subjects: Science, Technology, Engineering and Math.

The Hawai‘i Island Regional Science Olympiad was held at the University of Hawai‘i at Hilo on Saturday. Seventy students (plus 15 coaches and teachers), grades 6 – 12, in eight teams, competed in 18 different science events coordinated by researchers and scientists from across the campus and community.

The event was coordinated by Sharon Ziegler-Chong,  Ho‘oululahui “Erika” Perry and staff at the Office of Research and Community Partnerships at UH Hilo.

“This is a neat opportunity for UH Hilo to showcase its engagement in STEM and with our upcoming island students,” says Ziegler-Chong.

Ivy Ashe at the Hawaii Tribune Herald reported on the event:

A quiet flurry of activity was underway at the University of Hawaii at Hilo Campus Center Plaza on Saturday morning. High-schoolers guided robotic arms as they moved small items around a table. Middle-schoolers paced back and forth reading highlighted notes scribbled in composition books. Crowds gathered around pegboard boxes to watch Rube Goldberg contraptions in action, cell phones set to video mode.

Eight teams from around the island competed in the Hawaii Island Regional Science Olympiad, hoping to earn one of two spots in the statewide competition, to be held on Oahu next month.

Science Olympiads focus on developing both interest and skills in the four STEM subjects: Science, Technology, Engineering and Math. Unlike science fairs, which showcase just one or two students’ efforts per project, the Olympiads spotlight an entire team.

“It’s about working together,” said Hilo Intermediate School teacher Cindy Fong, who has brought a team of students to the event since it first began six years ago. At the time it was hosted by ‘Imiloa Astronomy Center. UH-Hilo has hosted for the past four years. 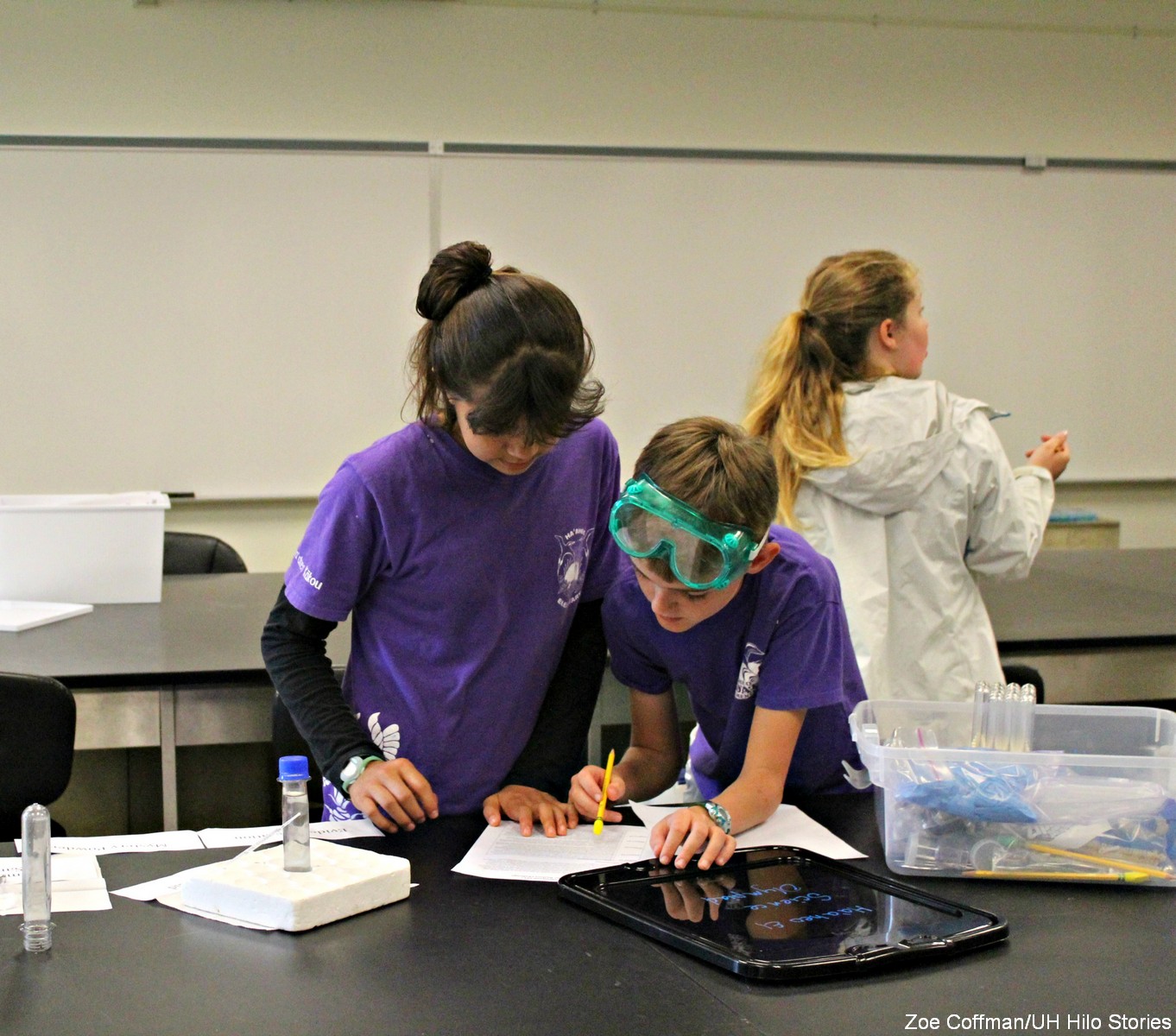