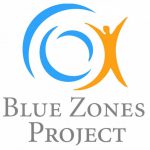 is inspiring members of the University of Hawai‘i at Hilo community to create a campus where people are supported in having a healthy lifestyle to live long lives. The project’s parent agency, Blue Zones, is leading a movement across the country that focuses on longevity and community health.

The healthy lifestyle concept was launched in 2012 by founder Dan Buettner, who traveled around the world to discover why people in some parts of the world live longer than others. Buettner studied communities in Greece, Nicaragua and Japan, among others, where people are living long, healthy lives, and then he returned to the U.S. with recommendations on how communities can implement changes in support of a healthier citizenry. And now his Blue Zones organization is working with local communities nationwide to create “permanent changes to environment, policy and social networks” to make healthy choices easier for people.

After finding success with projects at various locations on the mainland, the Blue Zones Project has made its way to the Hawaiian islands, and a large section of Hawai‘i Island has become Blue Zone friendly.

“Blue Zones provides a framework asking, ‘What would work with your community?’” says Jana Ortiz, the project’s lead organizer for East Hawai‘i. “We want people to be living longer and better. Blue Zones aligns with Hawai‘i culture. We love our kupuna; we respect and revere our elders. We need to tie in many of the strengths that we already have and work together to uplift our community.”

The local Blue Zones Project is “a community well-being initiative that makes healthy choices easier in all the places we live, work and play,” according to the group’s Facebook page. Organizers are currently finding and working with partners in the East Hawai‘i community—UH Hilo is one of those partners and Blue Zones experts will be working with staff and students via the Campus Center to promote healthy living through such activities as gardening, group walks and eating well.

Maile Boggeln is the interim campus and community service coordinator at UH Hilo and an advisor for different student groups on campus. She is serving as a liaison between the UH Hilo community and the Blue Zones Project.

The Blue Zones Project on Hawai‘i Island is funded in part by Healthways (a partner of HMSA), and in addition to UH Hilo, has partnered locally with KTA Super Stores, Hawai‘i Electric Light and others. Global partners include organizations such as National Geographic that publishes the Blue Zones books that guide the movement.

Buettner began his investigation by traveling to global locations where life expectancy and overall happiness of the communities are higher than average (see TedEd Talk video at right to learn more).

He focused on five key communities: Sardegna, Italy; Okinawa, Japan; Ikaria, Greece; Nicoya Peninsula, Costa Rica; and Loma Linda, California. In these locations studies have found that there is a lower rate of cancer, people live longer, and the general population is happier and more content.

Upon closer inspection, nine factors show close correlations and occur frequently in all five locations (see more about the Power 9). It turns out, people in the world’s longest-lived populations do the following as normal, usually daily, activity:

These nine points are the foundation of Blue Zones.

Local initiatives on Hawai‘i Island include food baskets with healthy donations and recipes, walking and pot luck groups, the Waimea KTA becoming the first Blue Zones grocery store in Hawai‘i, and even a “stone soup” that was hosted by the Waimea KTA that brought members of the community out to share fresh local ingredients that the store’s kitchen then prepared and gave to everyone wishing to sample a bowl.

As a first step at UH Hilo, the Blue Zones Project Hawai‘i is collaborating with the Campus Center to create a Registered Independent Student Organization (RISO) to be geared toward implementing applicable Blue Zone practices on campus.

A presentation about Blue Zones was recently given at UH Hilo by Jade Iokepa of Blue Zones.

Various checklists were provided at the presentation to help people start making healthier life decisions. Among them were home, bedroom, kitchen and personal checklists, which included things like owning a bike, removing TVs and computers from the bedroom, dedicating the top shelf of the refrigerator to fruits and vegetables, and designating a space in the home for quiet time, meditation, or prayer.

“We can help create healthier choices and make the healthy choice the easy choice through grocery stores, restaurants, worksites and our entire community’s schools and policy,” explains Iokepa. “We can get everyone together and make little steps.”

About the author of this story: Lara Hughes (senior, business administration) is a public information intern in the Office of the Chancellor.