Christopher Bartley, is the pen name for B Christopher Frueh, an American writer and behavioral scientist. He is a professor of psychology at the University of Hawaii and also McNair Scholar and director of research at The Menninger Clinic in Houston, Texas.

As well as authoring over 250 scientific papers, he combines his unique understanding of psychology and his love of crime fiction when writing his popular Ross Duncan novels. They’re set in the 1930s, and they certainly have a throwback feel to them. So we thought Christopher was the perfect person to ask to name his favourite classic crime books.

Let’s hand over to him… 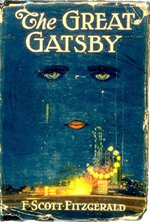 This is a novel about post-WWI America. Jay Gatsby is a wealthy bootlegger and gambler who covers for the woman he loves after she runs over her husband’s mistress. The dead woman’s heartsick husband then murders Gatsby. One of the greatest novels ever written is also a classic crime novel that summarises everything there is to know about humanity in one concise and final sentence: “And so we beat on, boats against the current, borne back ceaselessly into the past.” 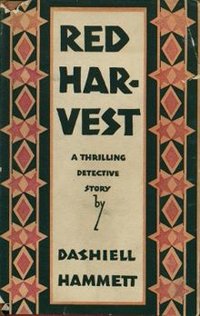 Hammett’s first novel – set at the nexus of the Wild West and the modern world adapting to newfangled telephones and automobiles – established the hardboiled genre as a serious form of literary fiction. Not only did it influence every American hardboiled crime novelist since its publication, but it also likely inspired Kurosawa’s Yojimbo, Sergio Leone’s A Fistful of Dollars (starring Clint Eastwood) and Walter Hill’s Last Man Standing (starring Bruce Willis).

Hammett’s protagonist, the Continental Op, values loyalty, keeping his word, protecting innocents, and above all else: getting the job done. If betrayed, he’ll have his vengeance. He is clear eyed about the corruption around him, large and small, and he knows the evil in men’s hearts, observes their wickedness without looking away or stepping onto higher ground. The Op quietly listens to Reno Starkey’s valediction: “He meant to die as he had lived, inside the same tough shell. Talking could be torture, but he wouldn’t stop on that account, not while anybody was there to see him.” 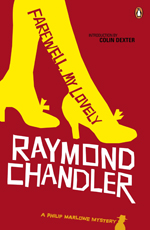 Farewell, My Lovely by Raymond Chandler (1940)

With arguably the greatest title ever for an American novel, Chandler’s second book featuring Philip Marlowe came out after The Big Sleep. Marlowe was a man’s man – quick with a quip, fast with his fists, and, amazingly, as softhearted as he was steely-jawed. Chandler’s prose was eloquent and light, wry even, while describing life on the mean streets of Los Angeles before WWII. His characters were vivid and his plots incredibly confusing. Could he really not follow them himself? No matter. Marlowe falls in with Moose Malloy, a big man, “not wider than a beer truck,” who is looking for his girl – Little Velma. Hollywood loved Chandler, Marlowe, and everything they wrought. 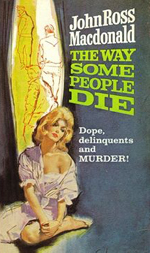 The Way Some People Die by Ross Macdonald (1951)

Macdonald wrote about the homogenisation and ennui of American society after the War. His works were family tragedies, masquerading as hardboiled crime novels. His protagonist, Lew Archer (played by Paul Newman in two movies), though tough and stoic, was as much psychoanalyst as private detective. This novel has a hard, violent plot with dialogue that cuts like a straight razor. It hones Archer’s observing eye and places him as a wandering conscience within an immoral world sliding toward the abyss. Archer is aware that he could slide too. “I took the picture from her hand. There was something slightly shady about the transaction, a faint implication that she was offering her daughter’s beauty as part payment on my services.” 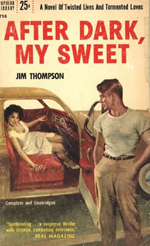 Allegedly an alcoholic with severe mental illness himself, Thompson’s many novels are about the people who exist on the fringe of society: sociopaths, con men, adulterers, murderers, gamblers, addicts, manipulators, and abusers. Few of his characters are what we might call ‘good guys’. Nobody ever wrote paranoia better: “I knew it was all wrong. He had to have me, so he was willing to forget about Fay for a while. But as soon as he was through with me – or if something made him decide that I wasn’t any use to him…” The creeping dread in this novel is palpable: an addled drifter escaped from a mental sanitarium, an older but sexy boozing widow, an creepy ex-cop, a homosexual doctor, a kidnap plot, and a clutch of competing ambitions and blind greed. Thompson also wrote The Getaway and The Grifters, both successfully adapted by Hollywood. 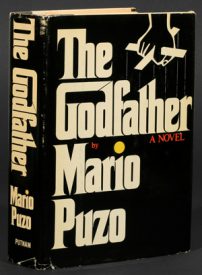 Mario Puzo wrote a sweeping multi-generational family saga of historical fiction about American immigrants. It just so happens the family business was organized crime, as one of the Five Families of New York City. This is a uniquely American story that some believe offers every life lesson one needs to know. Michael Corleone explains at one point: “…keep your friends close and your enemies closer.” Although his work was a little more Hollywood-friendly, Puzo is up there with Sun Tzu and Machiavelli.

UH Hilo has an immensely successful 2019-2020 year, filled with accomplishments, accolades, milestones, and celebrations! Highlights in the university’s 2019-2020 Annual Report.