Organized by UH Hilo researchers, over 1,000 people from all over the island attended the Puna Resiliency Block Party. Vendors and organizations got creative with their booth space, being as interactive as possible. Live music featured keiki singing and playing ukulele.

Researchers at the University of Hawai‘i at Hilo, who are working on a study about the resiliency of the Puna community following the tropical storm and lava flow last year, organized the Puna Resiliency Block Party held in Pāhoa Village on Saturday.

The community event was a great success.

“It’s estimated that over 1,000 people were in attendance, and we had people coming from all over the island,” says Alexis Ching, one of the researchers and organizers of the event. “We were delighted to see that nearly all our vendors and participating organizations got creative with their booth space and they tried to be as interactive as possible. Their creativity went above and beyond my expectations.”

One of the activities involved a “passport type situation” for a raffle, where attendees would visit 15 community organizations and other agencies like Hawai‘i County Civil Defense, Community Emergency Response Teams or CERT, Hawai‘i Volcano Observatory, and fill their passport with a sticker from “talking story” with each agency. They could then turn their passport in for a raffle ticket. “We got a lot of positive feedback about the raffle, and it was great to see that many of the kids running around were also participating in the fun,” says Ching.

“The booths were very informational and interactive so parents could scoop up info while keiki interacted with the game,” says Morrison. “The music was fabulous highlighting keiki singing and playing the ukes from the Hawaii Academy of Arts ad Sciences. They also featured a dynamite emcee who kept pulling it back to the theme: We Are Resilient.”

Ryan Perroy, assistant professor of geography at UH Hilo, had a booth with some of his research assistants and they were kept busy talking to people about their research in Puna during the lava flow last year. 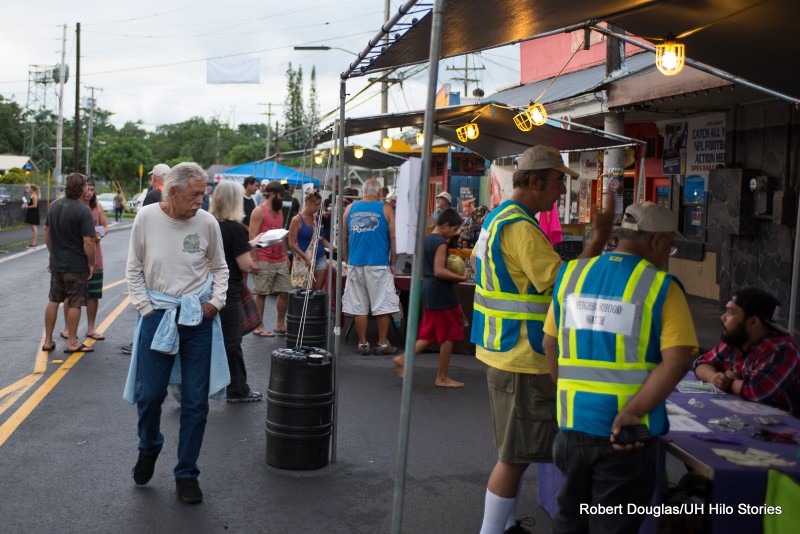 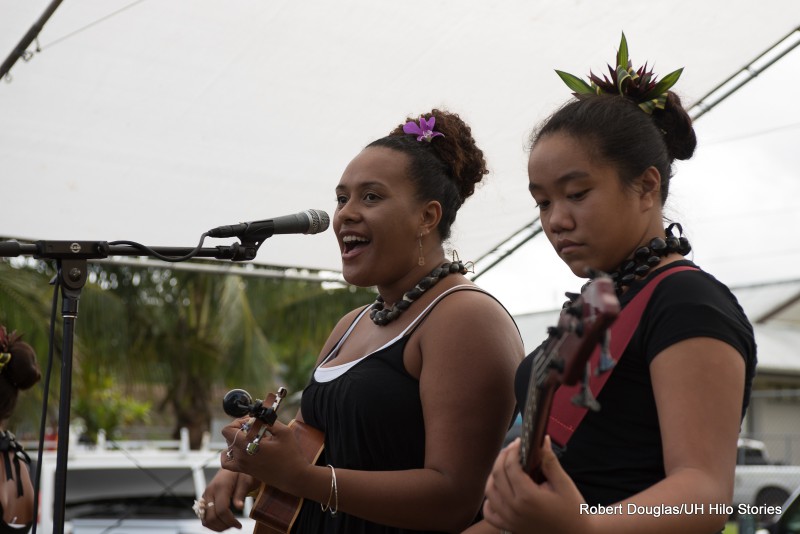 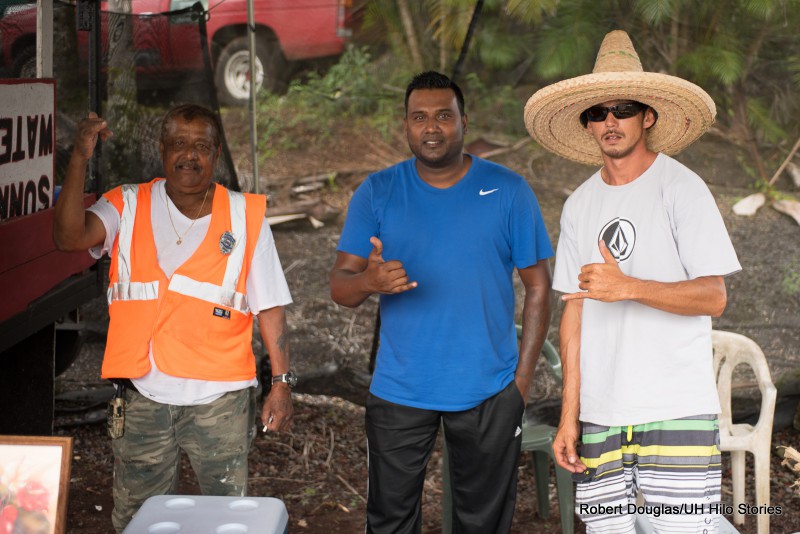 And into the evening…

About the photographer: Bob Douglas is a local artist, photographer, and sometimes part-time student who volunteers his photography skills to the Office of the Chancellor and UH Hilo Stories. Visit his website at bob-douglas.com.