Office of the Chancellor

Past Head Administrators at UH Hilo

The first director of the University of Hawaiʻi-Hilo Branch, Inouye oversees the opening of a new permanent campus on Lanikaula Street with the construction of College Hall and a gymnasium. The two-year school has 155 students enrolled in arts and sciences courses in education, business administration, and engineering.

Named director of UH-Hilo Branch, the name of which changes to UH-Hilo Campus. The year Hawaiʻi becomes a state (Aug. 1959), Mosley oversees the UH-Hilo Campus’s accreditation by the Western Association of Schools and Colleges (WASC).

Under Yarberry’s leadership, UH-Hilo Campus expands to a full 35 acres with completion of a new 13,000 volume library. The “Little Rainbows” number 381 full-time students offered some 92 courses. A modern dormitory and new tennis courts are completed.

There are now over 600 students. In 1969, approval is granted to add fourth-year classes; the four-year component is renamed Hilo College, which is merged with the renamed two-year Hawaiʻi Community College (formerly Hawaiʻi Tech School) to form the University of Hawaiʻi at Hilo.

Miwa is the first chancellor at UH Hilo. Under his leadership, a new dormitory is built, enrollment tops 1,000, and the library triples in size. The first four-year class graduates in 1971. There is a surge of hires, including deans, directors, and a librarian. The College of Agriculture is established. 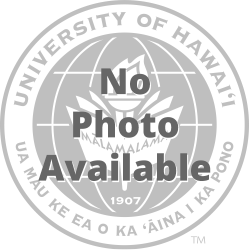 Perrin is faced with severe budget reductions and progress at the university is slowed.

Baccalaureate, graduate and doctoral programs are developed that impact the quality of life for island residents, notably in health care, teaching, and heritage management. Indigenous education and services in support of ethnic and gender diversity in student population are advanced. Three new buildings open: Student Services, ‘Alahonua residence hall, and Hale‘ōlelo for the College of Hawaiian Language. Funding is secured for permanent building for the Daniel K. Inouye College of Pharmacy. Principles of sustainability are applied to infrastructure, energy use, and curriculum. Access to higher education for residents is expanded through partnership with Hawaiʻi Community College, more outreach to local high school students, and Early College program. 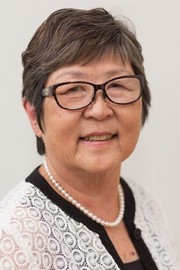 The doctor of nursing practice program is granted permanent status. A certificate in data science and an aeronautical sciences degree program are launched in response to workforce needs. Steps begin toward a certificate in sustainability and a certificate in unmanned aircraft systems. Natural and health sciences programs are consolidated into new College of Natural and Health Sciences, and the Kahuawaiola Indigenous Teacher Education Program becomes the first teacher education program in the world to receive accreditation from the World Indigenous Nations Higher Education Consortium.

← Office of the Chancellor