University of Hawai‘i at Hilo Chancellor Don Straney is in Japan this week.

UH Hilo Chancellor Don Straney and Dean of the College of Pharmacy Carolyn Ma are in Japan this week. Among other activities, they visited Yokohama University of Pharmacy and Nihon University.

UH Hilo holds an exchange agreement with Yokohama University. The agreement allows UH Hilo students to train with an approved licensed pharmacist in Japan, and in turn, students in Japan can come to UH Hilo to earn their academic requirements.

UH and the Tsuzuki Education Group entered a formal agreement on Nov. 1 to advance collaborative education and research.

Through the agreement, any part of the UH System may build on the initial relationships developed by UH Hilo to expand Hawaiʻi-Japan student exchange programs with Tsuzuki campuses and explore compelling initiatives across a wide range of interests such as business, pharmacy, traditional medicine, disaster resilience, technology, volcanology and sustainability.

President Lassner signed the memorandum of understanding with Tsuzuki Chancellor Kimiko Tsuzuki at a ceremony in Fukuoka, Japan. The signing ceremony was a highlight of the celebration of the 60th anniversary of the Tsuzuki Educational Group’s founding.

“Besides our deep cultural and economic connections, both Hawaiʻi and Japan are island communities,” says Lassner. “We share many common challenges and opportunities to create a better future that we can address together through collaborations with our faculty and students.”

This new system-to-system partnership builds on agreements between UH Hilo and Tsuzuki including exchange programs with the Yokohama University of Pharmacy and Japan University of Economics.

Chancellor Straney is continuing to meet with Tsuzuki officials and campuses to explore further opportunities for collaboration for UH Hilo and other UH campuses.

The partnership is also a new chapter in the relationship between Hawaiʻi and Fukuoka, where the Tsuzuki Educational Group is based. Spearheaded by former Governor George Ariyoshi, whose father came from Fukuoka prefecture, the Hawaiʻi-Fukuoka partnership was established 35 years ago as Hawaiʻi’s first sister-state international relationship.

Fifteen students from public and private high schools in Hawai‘i have been awarded the prestigious 2016 Chancellor’s Scholarship at the University of Hawai‘i at Hilo. 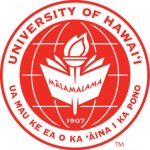 The 2016 recipients and their high schools:

Valued in excess of $26,500, the award covers four years of tuition for students graduating from a Hawai‘i high school who earned either a grade point average of at least 3.5, a combined 1800 SAT (reading, writing, math) or a composite score of 27 on the ACT while demonstrating leadership and/or community service.

All Chancellor Scholars are required to enroll as full-time students and earn a minimum of 24 credits each academic year. They must also maintain a cumulative GPA of 3.25 and participate in leadership activities and/or community services with other Chancellor Scholars.

Chancellor Don Straney recently visited the UH Foundation call center on O‘ahu to visit with student fundraisers and share information about the various programs and activities at the University of Hawai‘i at Hilo. The annual UH Foundation Fall Calling Campaign began this month.

For more information, contact Dale Hagadone at the UH Foundation.

The purpose of the project is to promote and sustain a Hawaiian worldview on the UH Hilo and Hawaiʻi Community College campuses.

Campuses across the University of Hawaiʻi System will receive grants for the Native Hawaiian Serving Institutions Program totaling about $6 million a year from the U.S. Department of Education for an anticipated five years. The five year total for the eight grants is more than $31 million.

These funds will be used for priority projects that fit within the University of Hawaiʻi’s Strategic Directions and individual campus mission goals. Federal legislation mandates that these federal grants must be specific to campuses.

“These awards are a credit to our hard working, dedicated faculty and staff across the UH system who are working collaboratively to advance the University of Hawaiʻi’s goal of becoming a model indigenous serving institution. We also thank our congressional delegation for their critical support of Native Hawaiian education,” says UH President David Lassner.

The University of Hawaiʻi at Hilo, in a cooperative award with Hawaiʻi Community College, will receive $3,984,894 over five years for UH Hilo and Hawaiʻi CC Cooperative Arrangement Development Grant.

The purpose of the project is to promote and sustain a Hawaiian worldview in the UH Hilo and Hawaiʻi CC campuses’ environments, programs, services and leadership to increase the success of Native Hawaiian students. Faculty will be the focus of this cooperative arrangement development grant.

To learn about other grants awarded throughout the UH System, see story at UH System News.