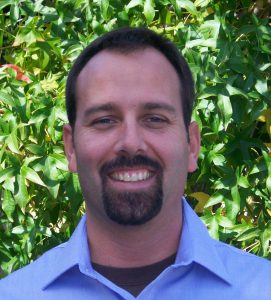 A team of researchers led by the Biology Department at the University of Hawaiʻi at Hilo has its new study on animal biodiversity patterns on the planet featured in the February 28, 2020 issue of the journal Science.

Dr. Matthew Knope, assistant professor of biology, is lead author of “Ecologically diverse clades dominate the oceans via extinction resistance,” which demonstrates that animal biodiversity in the modern oceans is best explained by lower extinction rates in animal groups that are ecologically diverse, rather than by higher origination rates, as previously predicted. Co-authors include Andrew M. Bush, University of Connecticut, Luke O. Frishkoff, University of Texas at Arlington, Noel A. Heim, Tufts University, and Jonathan L. Payne, Stanford University.

“Our findings clearly show that the most ecologically diverse animal groups are also the most dominate animals in terms of numbers of genera in the modern oceans,” Knope noted. “Being a member of an ecologically flexible group makes you resistant to extinction, particular during mass extinctions, that primarily impacted ecologically homogenous groups. The oceans we see today are filled with a dizzying array of species in groups like fishes, arthropods, and mollusks, not because they had higher origination rates than groups that are less common, but because they had lower extinction rates over very long intervals of time.” 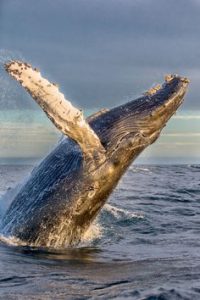 Rosemary Gillespie, professor of evolutionary biology at the University of California, Berkeley, who was not involved in the study, explained, “Understanding how biodiversity is structured, both in space and time, has always been a major focus in biology. A significant difficulty in doing so is that current patterns of biodiversity are dictated both by origination and extinction, and while we can infer origination rates through examination of extant biodiversity, elucidating the role of extinction is notoriously difficult. This study represents some of the most detailed and careful analyses of the fossil record to date, showing very clearly the importance of the ‘slow and steady’ development of lineages through time has been a key factor in dictating which lineages have achieved the highest diversity.”

Further, Michal Kowalewski, professor of invertebrate paleontology at the University of Florida, who was also not involved with the study, said, “In a clever analysis of massive data derived from the fossil record, Knope and colleagues directly address one of the critical questions of biology, as to why do certain types of animals occupy exceptionally broad spectra of ecological niches. As importantly, the study highlights the truly unique value of paleontological data for assessing core questions of biology and exploring historical roots of the modern biosphere.”

Knope further explained, “Perhaps the fable of the tortoise and the hare is apt in explaining marine animal diversification: some groups jumped out to an early diversity lead only to be surpassed by other groups that were more ecologically diverse and less evolutionarily volatile, with steady diversification rates and strong resistance to mass extinctions.”

The entire study is available at: https://science.sciencemag.org/cgi/doi/10.1126/science.aax6398.