On the heels of President Barack Obama’s announcement to quadruple the size of the Papahanaumokuakea Marine National Monument in the Northwestern Hawaiian Islands, an assistant professor of biology at the University of Hawaiʻi at Hilo has co-authored research on the emerging biodiversity crisis in the world’s oceans. The publication, entitled “Ecological selectivity of the emerging mass extinction in the oceans,” will be included in the September 16 issue of the journal Science.

The study compared the ecological traits and extinction threat level of animals in oceans today to the ancient past and concluded that future ecological disruption has the potential to be much greater than with past mass extinctions.

“Even under the most optimistic business-as-usual scenario, vertebrate extinctions could far exceed those of any other time since the end-Cretaceous mass extinction 66 million years ago when the planet was struck by a meteorite leading to the extinction of the dinosaurs,” Knope said.

The extinction threat in the modern oceans was found to be strongest for animals of larger body size, whereas past mass extinction events in the oceans did not preferentially drive large animals extinct. Knope and his colleagues said large-bodied animals are critical to ecosystem function as they tend to be at the top of food webs and are important for nutrient cycling and turning over the sediments on the sea floor. This study further suggests that human fishing and hunting are currently the dominant threats to marine animals.

“This is undoubtedly due to man targeting larger species for consumption first,” Knope noted. “It is consistent with the tendency for fisheries to first exploit larger species and subsequently move down the food web and target smaller species.”

The publication of their findings comes not only on the heels of President Obama’s announcement of the Papahanaumokuakea Marine National Monument expansion, but on the President’s recent visit to Hawai’i to address members of the World Conservation Congress and discuss marine conservation issues.

Their study suggests that only a dramatic shift in the business-as-usual course for marine management can head off a mass extinction of sufficient intensity and ecological impact to rank among the largest mass extinctions in the history of the planet. Knope and his colleagues hope that President Obama’s move to dramatically expand Papahanaumokuakea may provide the kind of positive model for future conservation actions needed to curtail this pending mass extinction. 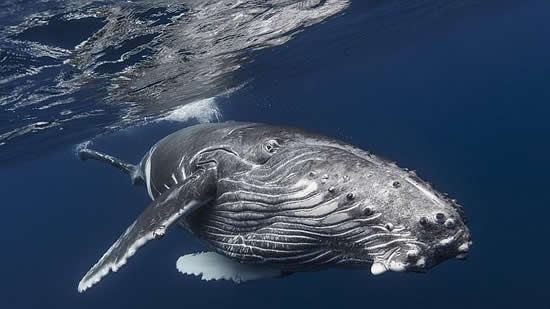